A Pandemic Production: How 2020’s crop of UK Christmas crackers came to be 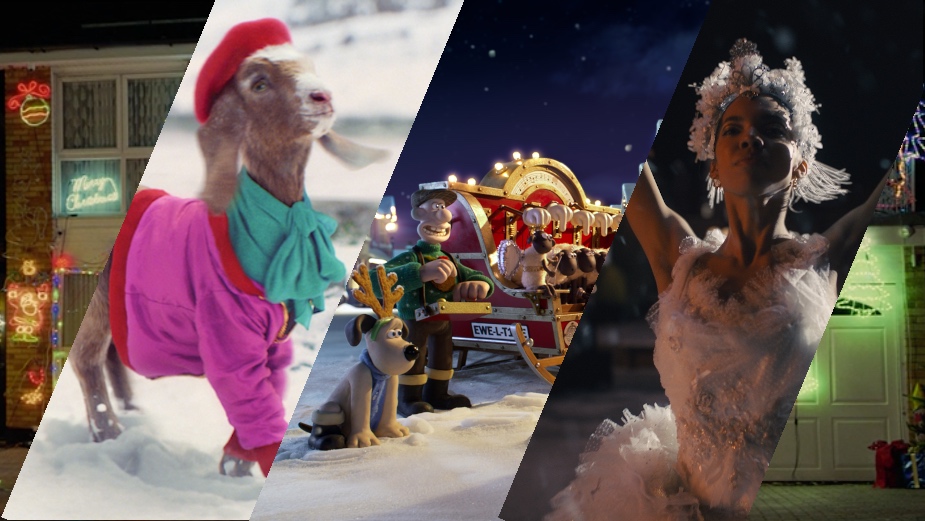 Production experts tell LBB how they made some of this year’s festive treats feel warm and cosy, despite the challenges of Covid-19.

To be totally honest, when coronavirus brought many aspects of life and work – including commercials production – grinding to a halt, we were a bit worried about the quality that would be achievable. But looking at the crop of festive feelings brands have given us so far (and we must remind ourselves it’s still mid November), perhaps an apology is due. Sorry ad industry. We never should have doubted you.

The Christmas ads this year are surprisingly good considering the obstacles that have been put in the way of production. To find out how they managed it, LBB’s Alex Reeves caught up with some of the producers behind them.

Sara Cummins, producer, Independent> It really was all about the casting and being able to get believable ‘families’ assembled. Performances were the crux of the campaign.

LBB> And were there any challenges that arose later?

Sara> Plenty – but to be honest less than we anticipated. Finding a modest home that could safely accommodate our actors was a challenge.

LBB> How did you work with the restrictions to ensure that production was safe?

Sara> All pre-production was remote – casting/recalls/agency and client meetings and then edit/post production. On set we worked very closely with our Covid Safety company – MSS – who were with us every step making sure that all Covid protocols were adhered to. The crew were brilliant – as were the cast.

LBB> Where and when did the production on this take place?

Sara> We shot the autumn and Christmas campaigns in mid September (during a heatwave!) and we were in various locations in north London – the Pinner/Harrow area.

LBB> How did you work with the cast to ensure that they were safe and distanced while empowering them to give the kind of warm, emotional performances Christmas ads need?

Sara> We chose a great cast – it was a lengthy process – and gave them time to bond in an outdoor area (thank goodness for the weather). Rehearsing on set in masks, placing each family member so they maintained a good distance on set. Again – under the eye of MSS. Clever lensing from Barry Ackroyd our DOP helped massively.

Amazon – The Show Must Go On

Juliette Larthe, founding partner and executive producer at PRETTYBIRD> The script was wonderfully based in London and we wanted to shoot here too. On research with location manager Caroline Barnes, to shoot in an entire community, transforming it to our needs wasn’t possible with the curfews in place.

We moved the shoot to Ljubljana, Slovenia which was in the travel corridor at the time, this changed mid recce and it became a lot more complicated and expensive in booking international cast and crew. We worked with Division.Film who had enough space within their production office for us to prep.

LBB> How did you work with the restrictions to ensure the production was safe?

Juliette> We used PPE on set and teams had to remain in their department bubbles, temperatures were taken and Covid tests were administered.

LBB> How did you work with the cast to ensure that they were safe and distanced while empowering them to give the kind of warm, emotional performances Christmas ads need?

Juliette> We shot from a distance and used lenses to get in closer, reduced people.

LBB> How did VFX and post crafts like editing help weave everything together and get round the live action challenges?

Juliette> We hired a house for the editor and the director to be in a bubble together. We dialled the agency in when we were presenting and we did remote telecine.

Emma Rookledge, producer at krow> We started discussing this project with Aardman in March, before the Covid production protocols and shooting procedures we now work within had been invented. Even so, we knew we had to come up with alternatives to our regular production methods across the board, from the way we made models to how the voiceovers were recorded, so we could keep everyone safe.

Aardman has a wonderful ‘can do’ attitude though, and so we had a sort of protective bubble around the chats between krow creatives, Darryl and Jon and Aardman’s Merlin and Will to make sure that logistics did not muddy the creative conversations.

Nick Miller, producer at Aardman Animations> With stop motion animation being such a physical process one of the main challenges was how we tackle the handling of shared surfaces such as equipment, props and puppets, as well as having multiple people all working together within a fairly small space. The studio came up with rigorous Covid-secure safety protocols which involved expanding the unit sizes to allow social distancing, the wearing of PPE, particularly with shared surfaces, process changes to reduce numbers within units and a strict cleaning and handwashing regime. Knowing we had all this in place meant that we could approach this script as we would any other production.

LBB> And were there any challenges that arose later?

Darryl George, creative director at krow> We knew that the script was really strong but there were a lot of creative decisions still to be made that would affect whether the resulting film fulfilled its potential or not. Our production process always requires a lot of close collaboration between krow and Aardman, which usually happens in person with creatives, directors, producers, model makers and set designers getting around a table to work out how best to tell a particular story. With this process no longer possible we immediately knew that we would face a fresh challenge.

We tried to avoid face-to-face meetings as much as we could so sharing work with the team took a lot of coordination and a lot of video calls.

Emma> Aardman came up with a great system to enable this to happen remotely by sharing the camera feed and director input from the studio floor. This meant creatives and the production team could be ‘on set’ several times a day during the four-week shoot.

LBB> How did you work with the restrictions to ensure the production was safe?

Emma> Safety for all involved was the priority from the off. Extensive risk assessments were done and Aardman created a studio bubble for the DFS-Wallace & Gromit production, ensuring crew members did not move between our two studio sites or interact with crew on our other productions like they would have done in the past. Aardman made sure all crew members were clear on their space and social distancing, which was marked out on the floor. All crew had to wear PPE when in units or moving around and the amount of people allowed in the units at any one time was restricted. This was coupled with remote working for all those who could.

LBB> Where and when did the production on this take place?

Nick> The production took place at Aardman’s Aztec West studio in north Bristol between June and October. The main animation shoot took place throughout four weeks in August and September.

Emma> Design and production started back at the beginning of June.

LBB> How did VFX and post crafts like editing help weave everything together and get round the stop motion challenges?

Emma> Music and sound design were hugely important for this project – we commissioned film composer Tom Howe, (composer on Aardman’s Farmageddon and Early Man movies) – to compose the narrative score that helps bring emotion to the story. A lot of crafting also went into getting the musical sheep on the Ewephonia just right as it is such a key element of the ad – making a carol sound recognisable and cute when it is sung by sheep ‘baaaaaing’ was not straightforward – even with Wallace’s large tuning fork invention on the side of the Ewephonia (little aside – the musical notes that you see at the top of the Ewephonia are the actual score for the carol – Aardman are sticklers for detail).

Ahead of the shoot we spent time at Jungle Studios, (via Zoom with sound engineer Chris Turner) recording Wallace’s dialogue – always an upfront requirement so that an Aardman expert can break down every word into the mouth movements that the puppet will make – lip syncing these voices is a very skilled job for the animators working with these tiny claymation puppets.

The final audio mix – with Christmas sparkles, carol singing sheep and a shivering Gromit required a lot of detailed work and Wounded Buffalo and then Jungle Studios delivered a wonderful final mix.

In terms of visual post-production – Wallace and Gromit is very much an ‘in camera’ way of working. Post-production is minimal – and the longest part of the production was in prep for Aardman’s wonderful team of designers and prop specialists making the tiniest little props – whether that is knitting a mini Christmas jumper for Wallace (knitting needles size of toothpicks!) or making miniature Christmas decorations and curtains for every house in the street for the opening scene.

The beautiful grade is by colourist Thomas Mangham at The Mill – this was the one part of the production where the agency chose to attend in person rather than remotely. Continue reading on LBB…