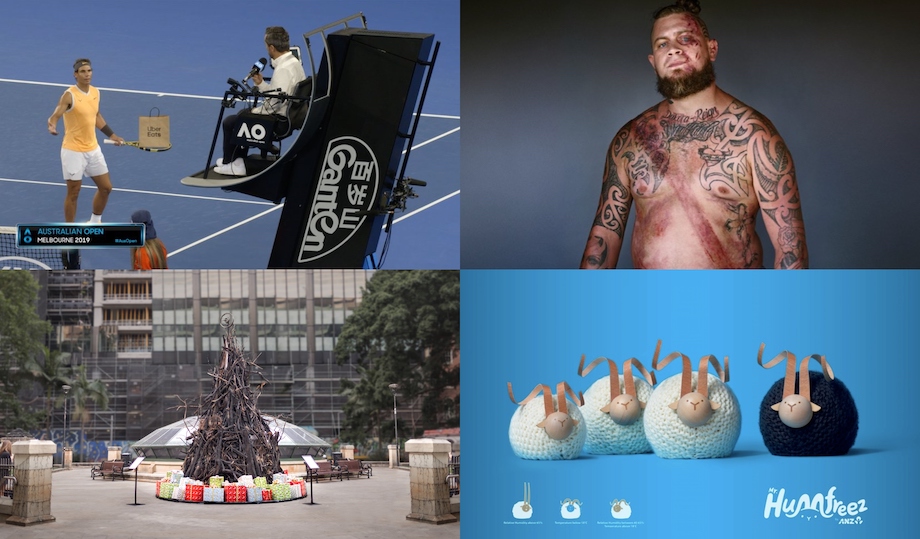 The winners of the 2020 Immortal Awards have been announced and just four projects have been crowned Immortal by this year’s jury. Whilst New Zealand has not received any winners or commendations, TBWA\New Zealand has been named Australian agency of the year, followed by Clemenger BBDO Wellington and Colenso BBDO.

With every single entry into the Immortal Awards scoring points, the results of this year’s Immortal Awards, as well as previous years can be viewed on the League Table of Creativity. This year’s results mean that Australia ranks #3 and New Zealand ranks #12 on the country list, with the region’s top creative companies as follows:

The 29 piece shortlist was discussed and debated by a global jury, composed of jurors from each of this year’s five regional competitions, with just four Immortal winners and five Commendations being awarded this year.

The winning projects were selected at the final virtual round of judging held on Friday 20th November 2020.

The winning projects were selected at the final virtual round of judging held on Friday 20th November 2020.

AMV BBDO picked up a record-breaking third Immortal Award for #wombstories, the only UK winner in 2020.

The multi-agency efforts behind Burger King’s Moldy Whopper see Immortal Awards heading to Sweden, Spain and Romania for the first time, as well as to the US which also receives an Immortal Award for Nike’s You Can’t Stop up.

Building on the competition’s growth last year, there was a 50% increase in entries in 2020 with work being submitted from a record 52 countries.

Despite the huge uplift in entries this year’s global jury maintained the incredibly high standards set by the juries in the competition’s first two years, limiting the number of Immortal winners to four – the same number as 2018 and 2019 – whilst reducing the number of Commendations from 13 in 2019 to just five in 2020.

Says Matt Cooper, founder, Little Black Book: “Again, we’ve seen the Immortal Awards go from strength to strength this year. Whilst there were suggestions that there’ll be a lack of great work this year, our global shortlist was packed full of fantastic work from every region. With more work coming in from more countries, our global League Table of Creativity continues to grow and we’re excited to share this year’s results with the world. The passion and dedication from this year’s jurors has been phenomenal and we’re proud to see how the jury now very clearly understands what they are judging. Immortals means Immortal. Congratulations to all involved in this year’s winners.”

Says Paul Monan, Awards director, Little Black Book: “In what has been a strange year for all, we’re excited to reveal this year’s winners and celebrate incredible work from all over the world. A huge congratulations to the companies and teams behind each and every winning project as this year’s juries were as tough as ever. We can’t wait to get started on next year’s competition and continue shining a spotlight on work from as many countries as we possibly can.

The full list of winners for The Immortal Awards 2020:

The global League Table rankings for 2020 are as follows: