This summer has seen the introduction of a new creative platform for one of New Zealand’s more unique brands, Original Kiwi Dip created by Nestlé and Saatchi & Saatchi New Zealand.

The campaign ‘Made for Mates’ features a series of 15 second films that the team have affectionately called ‘Dipcoms’; short comedies highlighting the good times that come from friends and family sharing a bowl of the country’s favourite dip.

Says Steve Cochran, chief creative officer, Saatchi & Saatchi: “We liked the insight that all kinds of things happen between friends and family when they’re together, and that Original Kiwi Dip is simply one of those things. This led us to play on humorous moments of mateship we all recognise.”

The challenge of trying to tell these stories in 15 seconds was overcome using a low-fi version of the time-freezing technique. (Yes, everyone just stays still.) A little nod to the ‘mannequin challenge’ – another thing that mates make together.

Says Fraser Shrimpton, head of marketing New Zealand, Nestlé: “Original Kiwi Dip is unusual in that it is really two brands that have come together to make something great and uniquely Kiwi, Maggi Onion Soup and Nestlé Reduced Cream. We think this new creative platform perfectly captures the place it holds in Kiwi lives, right in the middle of random but special moments, enjoyed together.”

The ‘Dipcom’ episodes were directed by Jamie Lawrence from Eight Films and complemented with some fun product centric OOH and radio. The campaign launched pre-Christmas and will run throughout summer. 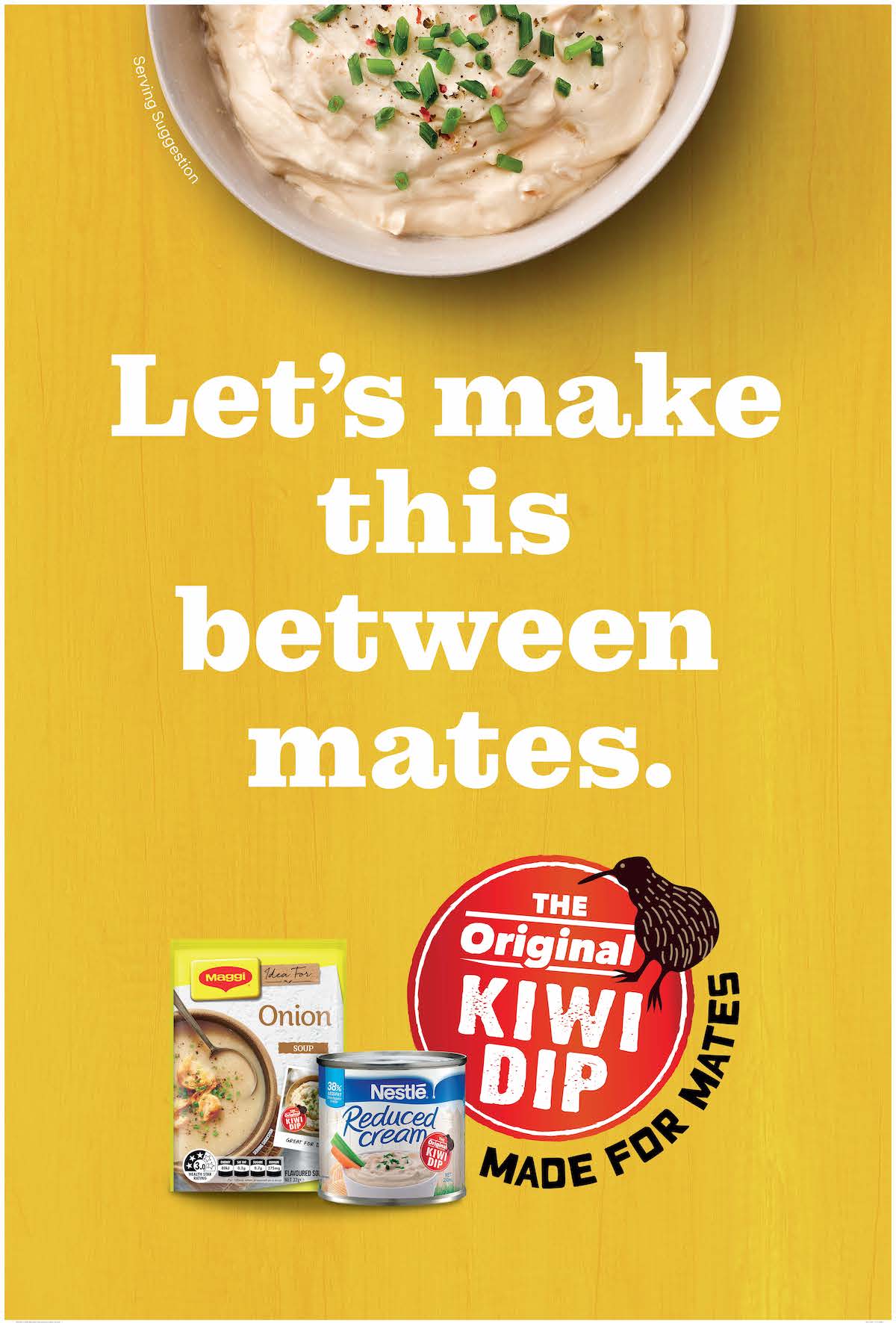 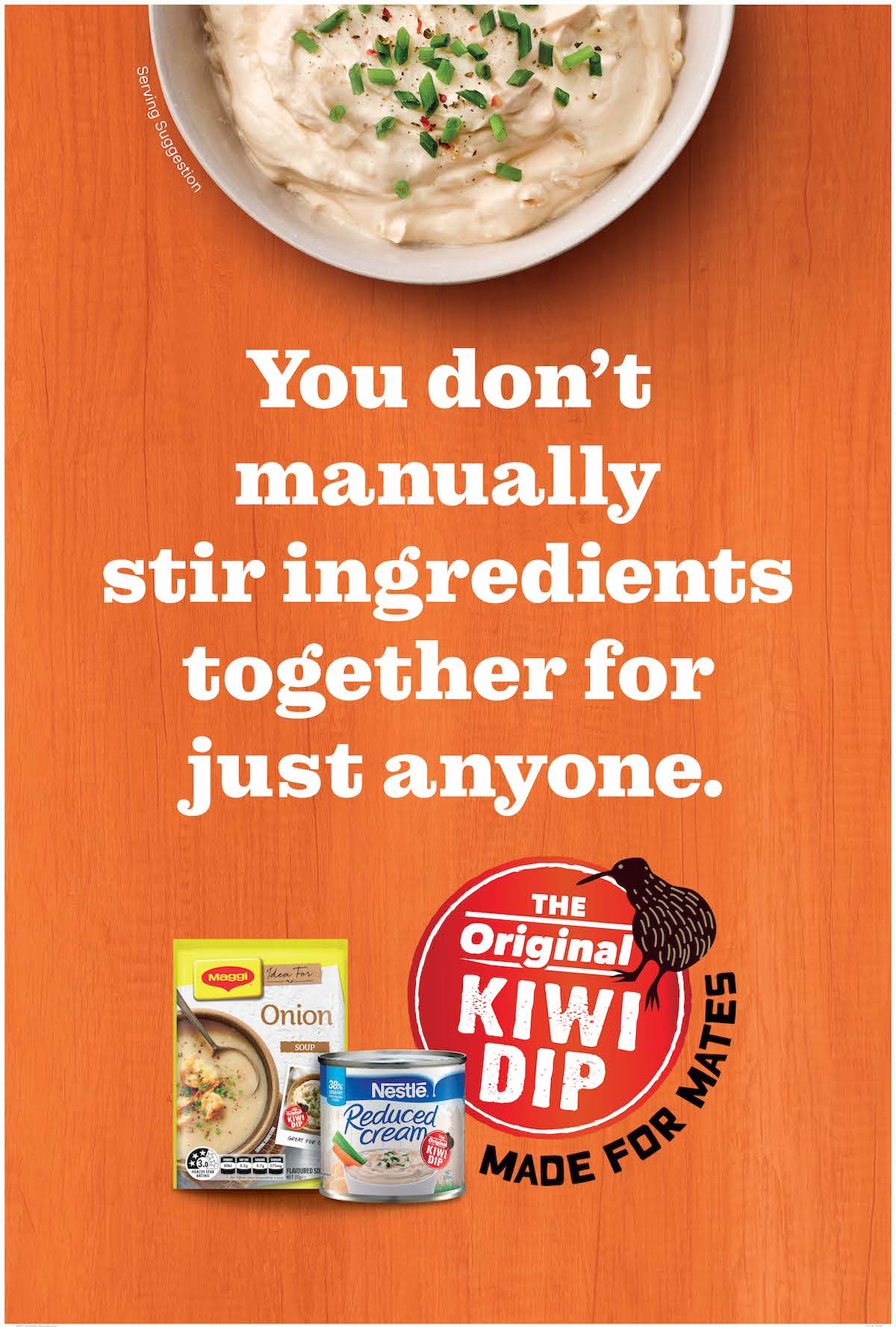 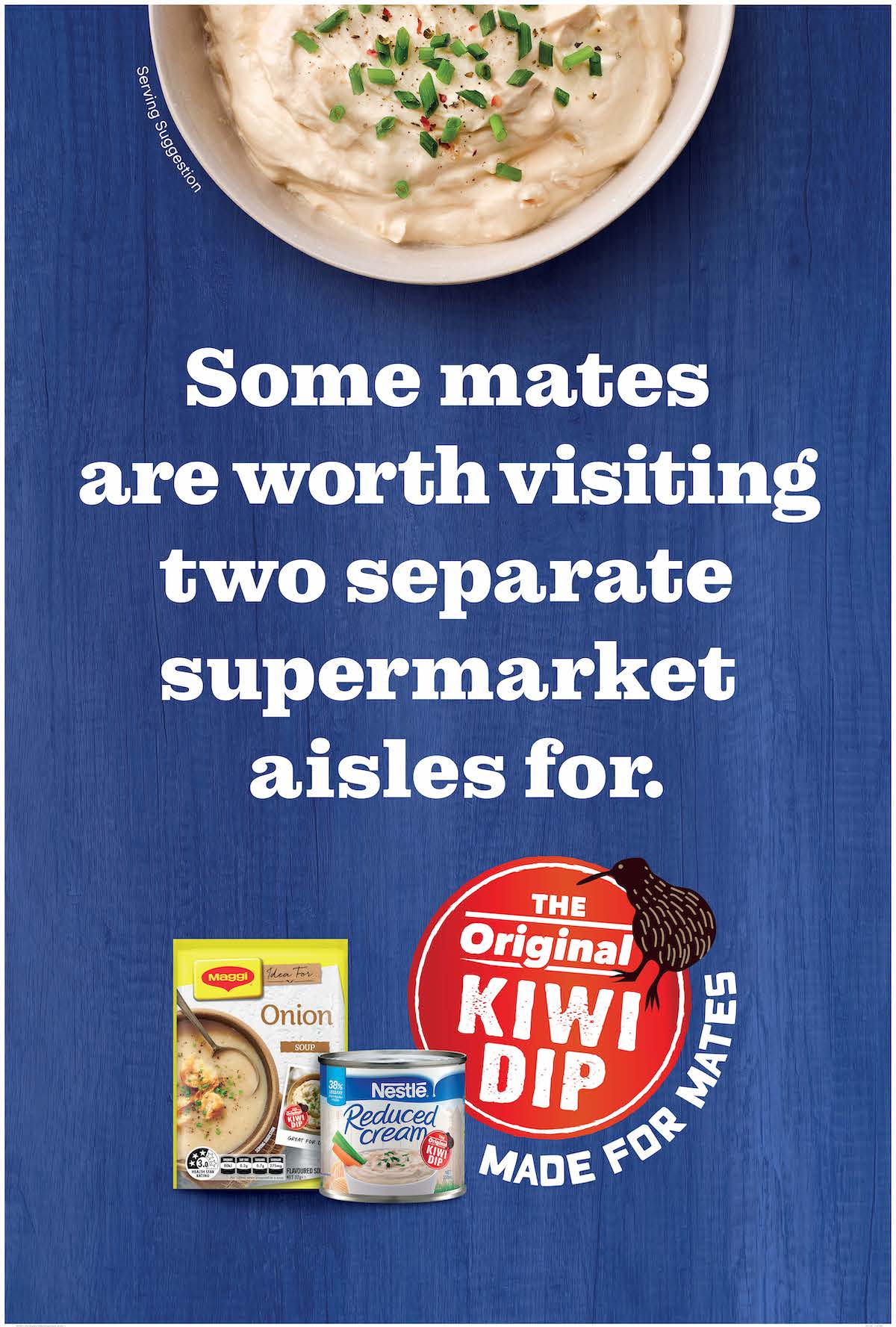