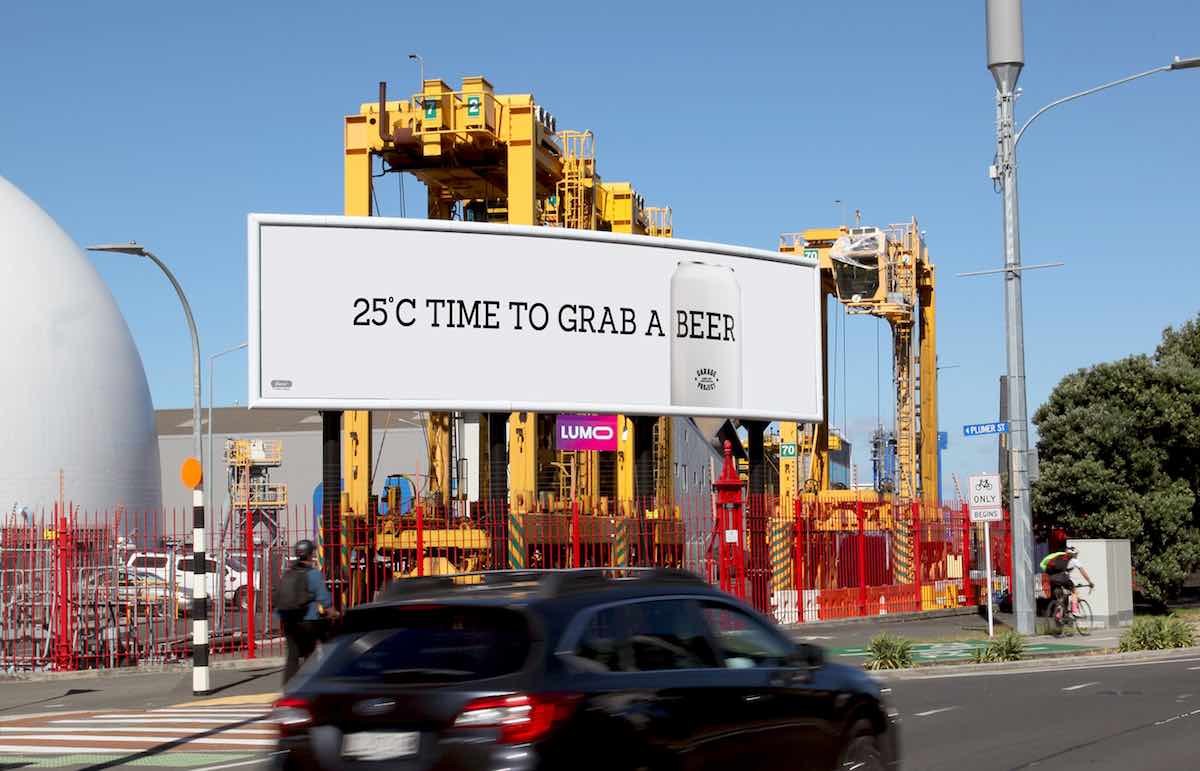 Garage Project has launched a digital billboard campaign to promote its flagship beer, BEER. Leveraging a real-time, open weather API, the dynamic campaign via Hello and LUMO, automatically appears at 5:00pm or whenever the temperature hits a balmy 25 degrees, the best times to enjoy a cool, refreshing lager.

Says Jos Ruffell, founder, Garage Project: “There are no better moments for a beer than 5:00pm or when it’s sweltering outside. This campaign celebrates those times with a beautifully simple dynamic display. Sometimes simple is exactly what you want, why bother dressing it up? It is what it is. Beer.”

Garage Project is an independent brewery based in Aro Valley, Wellington. Founded in 2011 by brothers Ian and Pete Gillespie, and Jos Ruffell, they transformed an abandoned and dilapidated car garage into a high-tech craft brewery, now fuelling thirsty Kiwis with a range of beers. Their aim is to create unique and beautiful beers, to push boundaries, reinterpret styles and challenge the notions of what beer can be.

Says Gary McCreadie, executive creative director, Hello: “We kept pretty close to the brand tone on this one, nothing crazy. Drink beer when it’s hot. Drink beer after work. They started it by calling their beer, BEER.” 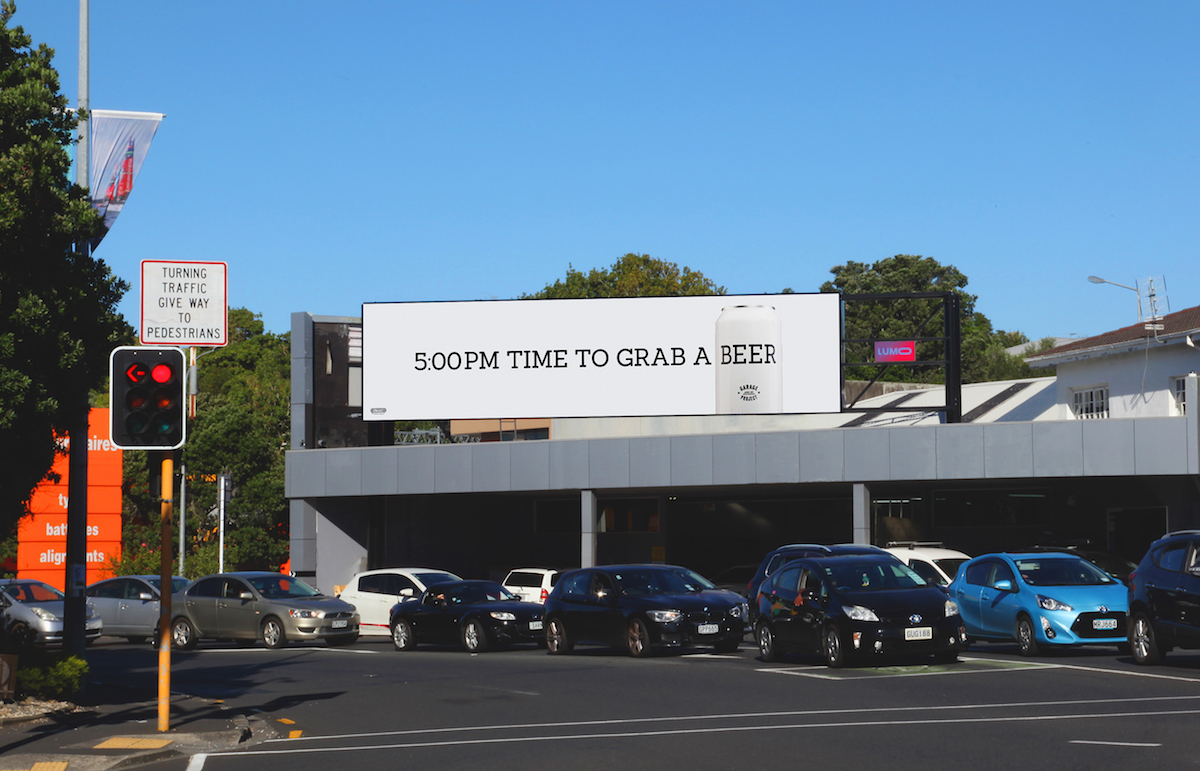 Says James Polhill, managing director, Hello: “Garage Project is a business we’ve admired from afar for over a decade. Beer advertising has been a core strength of the agency and we’ve got no doubt the work will resonate with beer drinkers throughout the country.”

The campaign is currently running across the LUMO nationwide network. 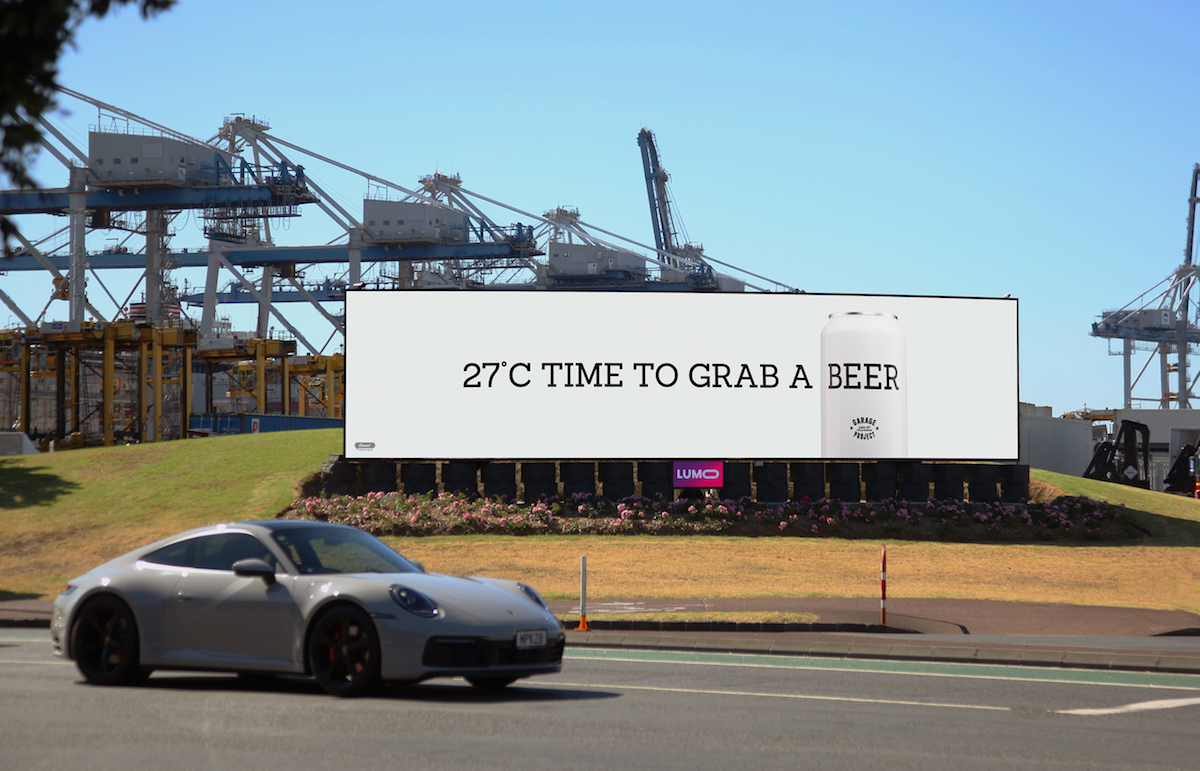