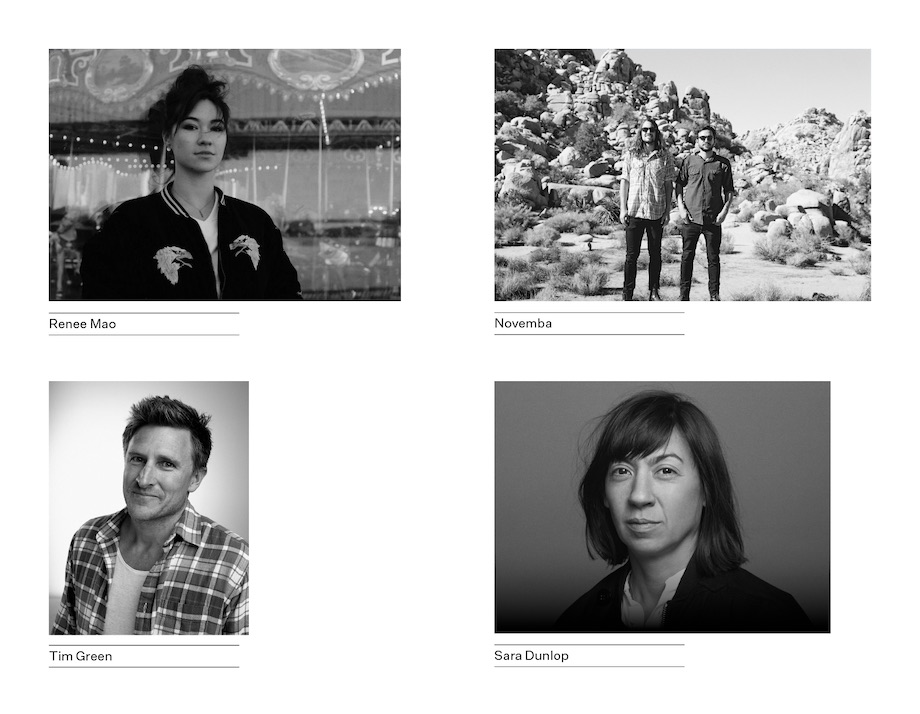 Mao, who has recently returned to Australia after a stint in the US, creates work rooted in narrative-driven storytelling that tackles emotional, intimate subjects. She attended NYU’s Tisch School of the arts, where she honed her distinctive visual style. Mao is proud to have been involved in films that promote important social messaging, including anthemic spots for March of Dimes, The Woman’s Hospital of Texas and Huffington Post.

“I’m super excited to join this talented roster,” says Mao on signing with Good Oil, “and I’m looking forward to expanding my voice in this market with the incredible team in house. After our first few jobs together it’s safe to say there’s nowhere I’d rather be.”

Good things come in twos and Novemba is no exception. The directing duo, Blair and Oliver, craft films characterised by emotional honesty with a striking visual flair. Their talent has led them to work with Adidas, Uber, Beats, Samsung and Bose. Novemba’s work through Academy Films and Reset Content has been recognised at Cannes, D&AD, The British Arrows and more.

Tim Green may be new to the directing game, but he’s well and truly earned his stripes as a senior creative at Venables Bell & Partners and DDB Chicago. His directorial debut was the wildly successful US Father’s Day ‘Dollar Shave’ spot, and his work to date has been characterised by a straight faced comedic bent with a pinch of surrealism. He’s directed campaigns for Taco Bell, TAB, McDonald’s and MoNA.

One of his best assets is “…agency experience. I understand how that world works and the pressure they’re under. As a creative, I always wanted a director to come in with fresh eyes on a project and add a little piece of magic. That’s what I hope to bring.”

After graduating from the University of Westminster, UK based director Sara Dunlop was named one of the top 25 Directors to Watch by Creativity magazine. From there she’s gone from strength to strength, working with an array of brands from Vodafone, to FaceBook, to Nike – with her Nike spot via Wieden+Kennedy challenging media portrayals of Middle Eastern women. Her work is full of beauty and authenticity, and she demonstrates a knack for cinematic realism and performance. Dunlop is the British ambassador for free the bid and has been awarded at LIA, British Arrows, D&AD, Cannes Lions and more.

Says Sam Long, executive producer and partner, Good Oil: “We’re thrilled to welcome these new and engaging voices to our stellar roster. We love that we’re hitting that perfect blend of emerging and established directors, and I can’t wait for our creative partners to work with these immense talents and get just as excited about them as we are.”