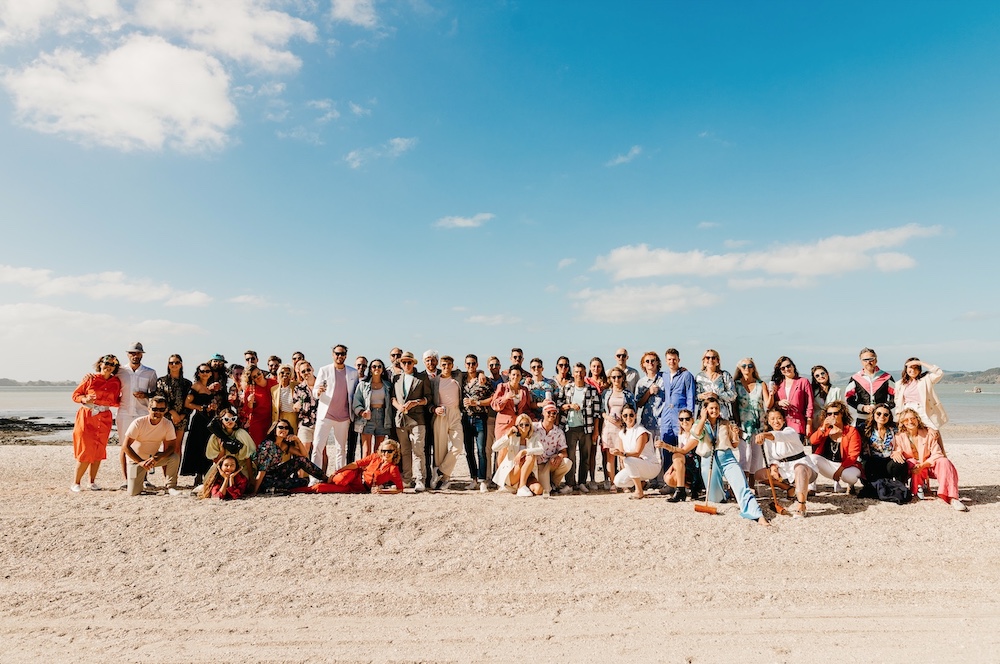 In the most difficult of years, it would be hard to argue that Special Group New Zealand has had anything short of a remarkable year. More new business wins, more brilliant work, more new people and new Melbourne and LA offices. Hats off to Special, the first ever global network founded from NZ, Campaign Brief’s 2020 New Zealand Agency of the Year.

Despite the toughest of years, it was in fact Special Group New Zealand’s best year yet and founder, CEO and Chief Creative Officer, Tony Bradbourne, says being awarded Campaign Brief Agency of the Year on both sides of the Tasman felt like a pretty brilliant way to start a new decade, especially after a year like 2020.

“Everyone at Special put in so much extra effort, rolled with the challenges, and through it all made some really exceptional work,” he says.

“We knew we were in with a shot, but you are up against some brilliant agencies in New Zealand, so the competition to win Campaign Brief’s top gong is always so tough.”

According to the founder, creative recognition is hard won with everyone at Special playing a part in getting great work out into the world.

“It’s a huge team effort and a real validation for the whole agency of 60 people. And, as independent owners, it means a lot to us that we are running the best agency to work at and doing the best work.” 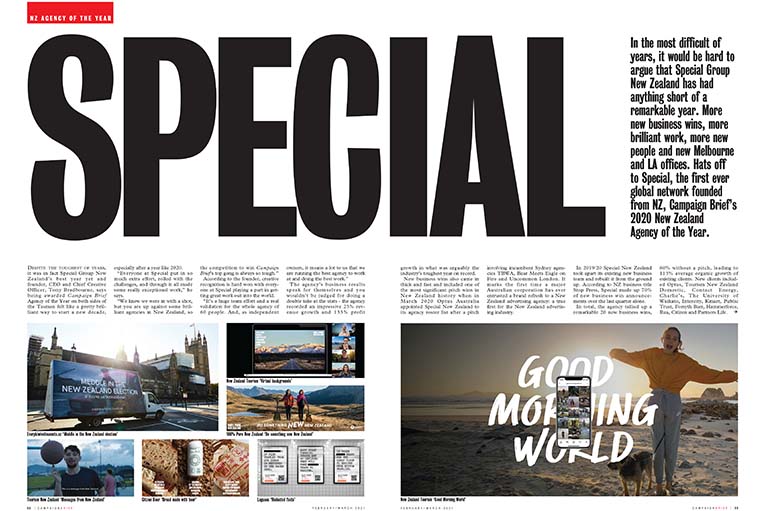 The agency’s business results speak for themselves and you wouldn’t be judged for doing a double take at the stats – the agency recorded an impressive 23% revenue growth and 133% profit growth in what was arguably the industry’s toughest year on record.

In 2019/20 Special New Zealand took apart its existing new business team and rebuilt it from the ground up. According to NZ business title Stop Press, Special made up 70% of new business win announcements over the last quarter alone.

The rest you can read in the latest issue of Campaign Brief, which includes the annual CB Agency Hot+Cold Charts for New Zealand and Australia, out now.

You can view this issue online NOW and subscribe at Campaign Brief Online or request a subscription form from Mina via email. 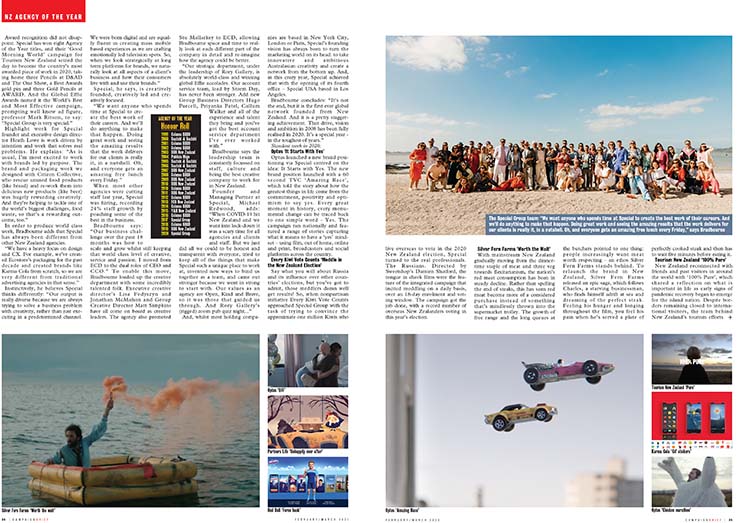 Award recognition did not disappoint. Special has won eight Agency of the Year titles, and their ‘Good Morning World’ campaign for Tourism New Zealand seized the day to become the country’s most awarded piece of work in 2020, taking home three Pencils at D&AD and The One Show, a Best Awards gold pin and three Gold Pencils at AWARD. And the Global Effie Awards named it the World’s Best and Most Effective campaign, prompting well know ad figure, professor Mark Ritson, to say: “Special Group is very special.”

Highlight work for Special founder and executive design director Heath Lowe is work driven by intention and work that solves real problems. He explains: “As is usual, I’m most excited to work with brands led by purpose. The brand and packaging work we designed with Citizen Collective, who rescue unused food products (like bread) and re-work them into delicious new products (like beer) was hugely rewarding creatively. And they’re helping to tackle one of the world’s biggest challenges, food waste, so that’s a rewarding outcome, too.”

In order to produce world class work, Bradbourne adds that Special has always been different from other New Zealand agencies. 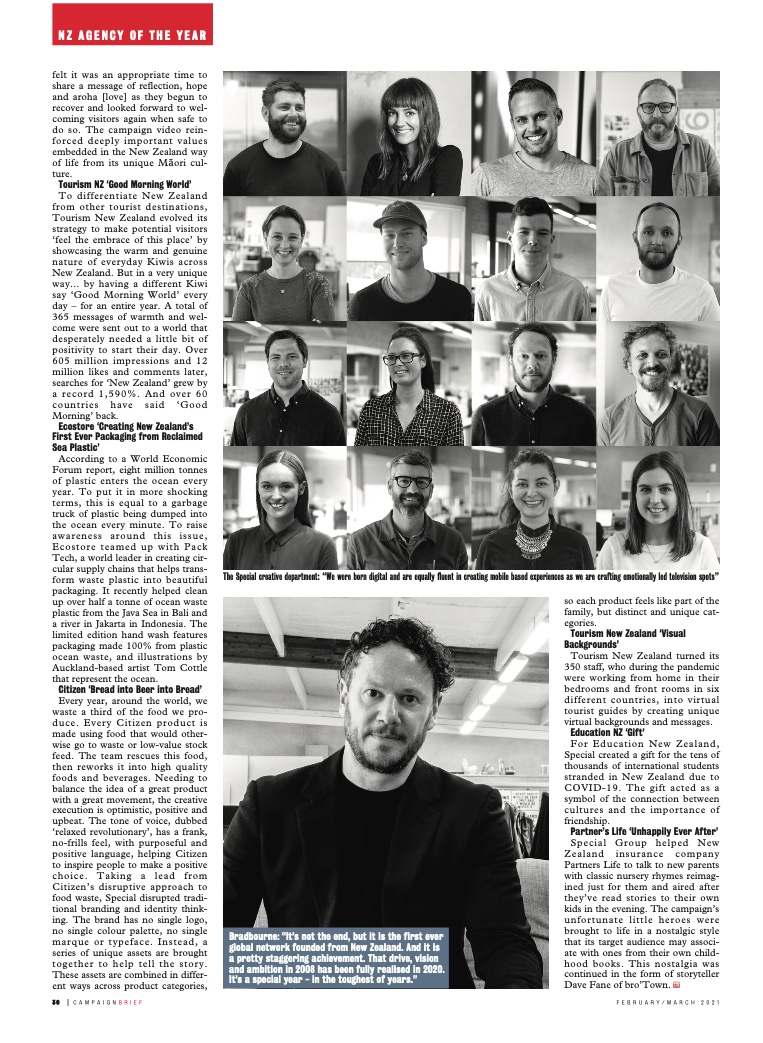