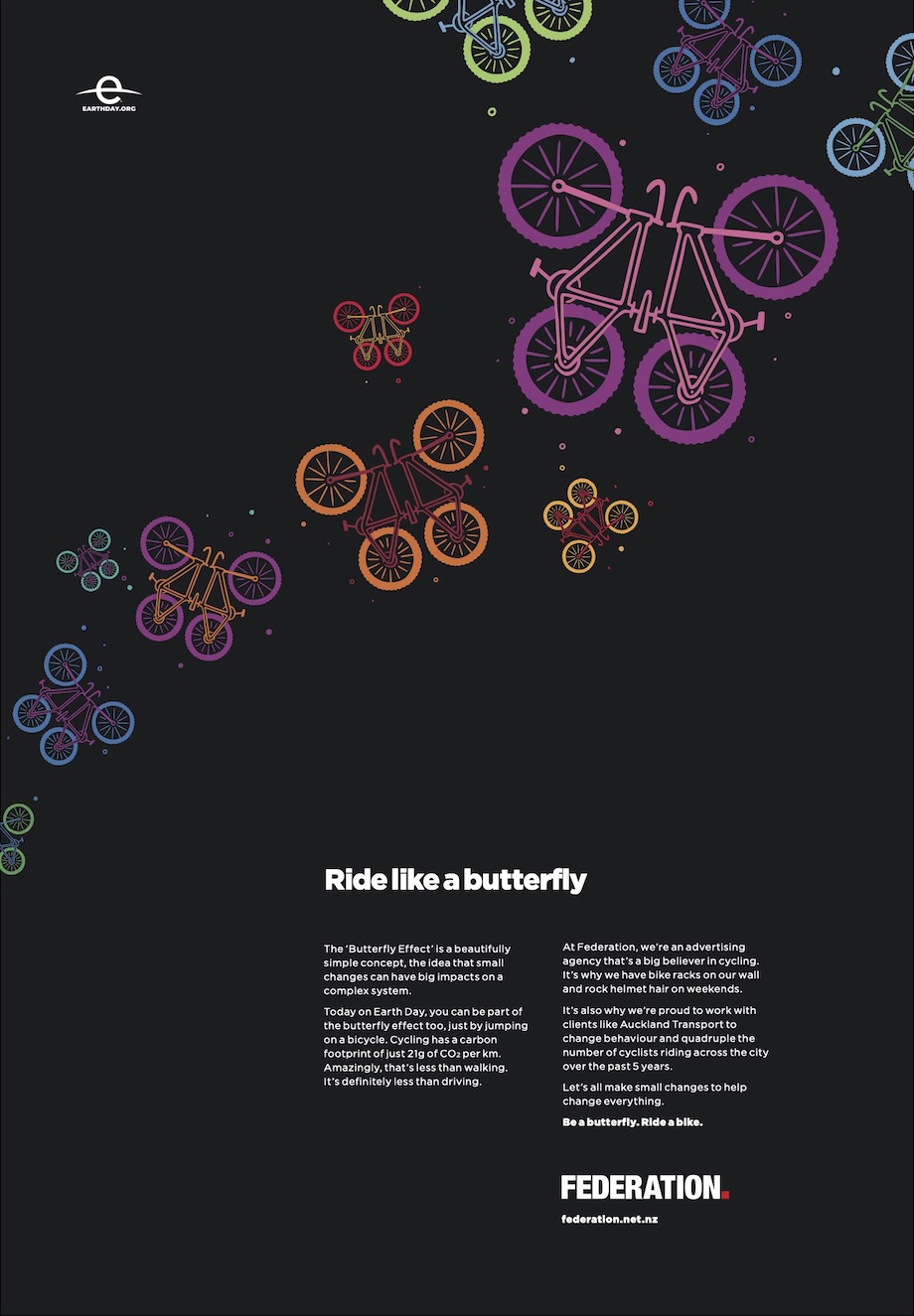 Just four months ago, New Zealand declared a climate change emergency to the world. Today, on the 51st World Earth Day, independent New Zealand advertising agency Federation has delivered its own climate change message to New Zealand, taking a full page advertisement in the NZ Herald to do it.

Says Sharon Henderson, CEO, Federation: “Climate Change is an unavoidable, urgent conversation that we all need to have. So we decided to use Earth Day to highlight one of the biggest (and simplest) actions we can all make to help restore our earth – and it’s something many of us at Federation personally love to do – cycling.

“In a world that’s been ravaged by climate change and pandemic, we wanted to steer the conversation away from gloom and doom and instead use optimism as a much more powerful change driver.”

Chief creative officer, Tony Clewett, well known for his social behaviour change campaigns for the Health Promotion Agency, felt strongly that the message needed to empower people, and not default to the usual negative cliches and scorched earth images: “Climate change is certainly for real, but what we all really need to know is what we can do about it at an individual level.”

Over the past five years, Federation has worked with Auckland Transport to help quadruple the number of cyclists riding across the city by promoting the positive aspects of cycling, gathering considerable behaviour-change insights along the way.

Says Clewett: “We worked with AT over the summer to prime Aucklanders to get out on their bikes for journeys they might normally do by car and found a number of amazing statistics about cycling and climate change. Cycling has a carbon footprint of just 21g of CO2 per km, that’s less than walking and massively less than driving. We realised it had the power to become a butterfly effect for New Zealand.

“Having spent the past decade riding to work through Auckland’s ‘four seasons in one day’, it’s nice to know, that in some small way, I’m helping to be a catalyst for change. And having the opportunity to work with a client like AT, who actively promotes cycling, is a win-win. The fact that biking is also great for the planet is the icing on the cake, so why not be a butterfly and ride a bike?”