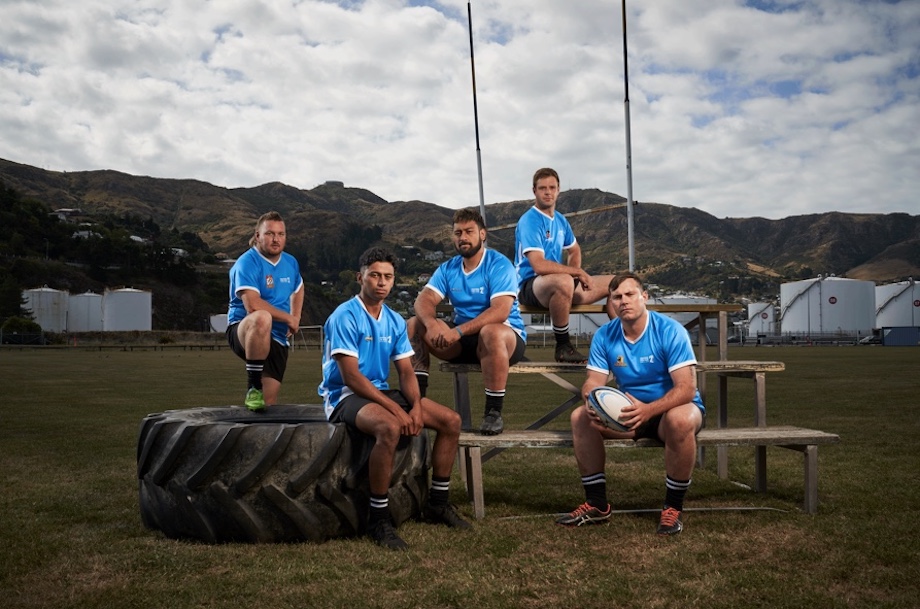 All Black legends Stephen Donald and Liam Messam have teamed up with Three, 2degrees, TBWA\NZ and IKON to tackle the job of selecting the five rugby hopefuls who will take part in Three’s television series, 2nd Chance Charlie.

The rugby superstars selected five Charlies from hundreds of players who all applied for a second chance at rugby success.

Throughout the series they will work alongside 2nd Chance Charlie trainer and ex professional rugby player Joe Naufahu, assessing and evaluating the Charlies training progress with their Super Rugby team. After eight weeks of training, Stephen and Liam will select the winning Charlie who will receive a three month personalised training, mentoring and development programme designed by their Super Rugby club, plus $15,000 prize money.

The concept, devised for 2degrees by TBWA\NZ and filmed and produced by Three, is part of the telcos Fighting for Fair brand platform.

TBWA\NZ chief creative officer Shane Bradnick says the platform has allowed 2degrees to fight unfairness whenever it sees injustice: “Whether it be Broadband, pre-pay plans or even sponsorship of Super Rugby, Fighting for Fair allows 2degrees to step in and look to right some wrongs.

“We know that up and down the country there are potentially thousands of guys who missed out on the chance of sporting success, and for many that just isn’t fair. 2nd Chance Charlie aims to change that and I’m pleased to say that this season we’ve got some All Black legends, each with their own second chance story.”

Stephen, has THE ultimate second chance story after being added to the All Blacks squad at the eleventh hour and going on to kick the now infamous winning goal in the 2011 RWC Final. He says: “I’m really excited to be part of this season’s 2nd Chance Charlie and to potentially help someone change their life. Hopefully they make the most of this second chance because as we all know, it’s not always a smooth path.”

Liam Messam missed out on an All Black RWC spot back in 2007. He fought hard for his second chance and went on to play 43 caps for his country and was part of the winning All Blacks squad at the 2015 RWC. He says: “We have some fantastic players who truly deserve a second chance and I am really excited and proud to be taking this journey with them.”

2degrees general manager of marketing Ben Wheeler is delighted with the two new additions and the expanded show format: “Having Stephen and Liam join 2nd Chance Charlie is fantastic for the show, the Charlies and our Fighting for Fair brand platform. This season we have another fantastic bunch of Charlies prepared to give it their all in the hope for a second chance. Good luck to them and may the best Charlie win.”

Following the success of last year’s five minute quick smart episodes, the show has been scaled up to full 30 minute length episodes and will premiere on Thursday 6th May at 9.30pm on Three and encoring Sunday’s at 5.30pm. One player will also be voted the 2degrees People’s Choice, and win $5,000. This series is brought to you by 2degrees, fighting for fair since 2009 and a passionate supporter of Super Rugby.