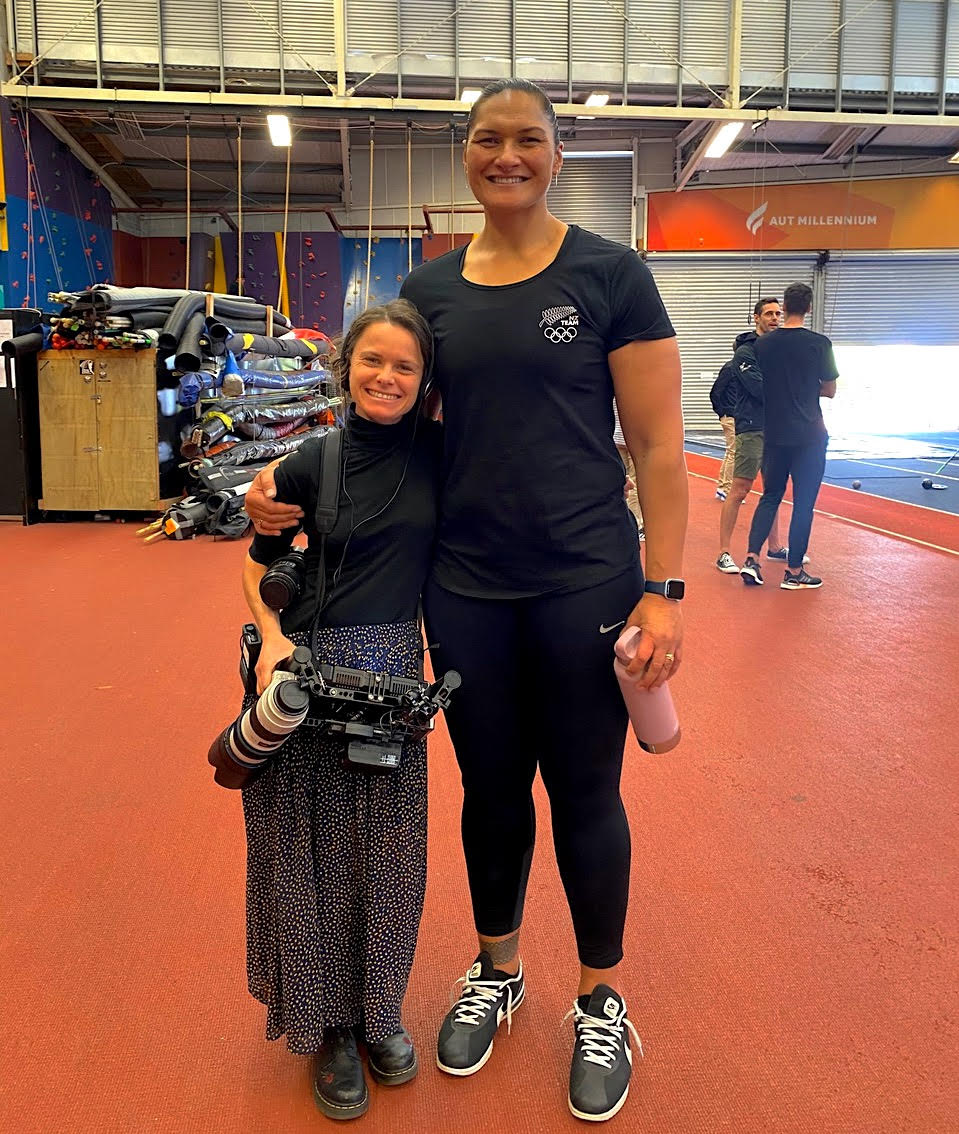 Eight’s feature length documentary film about the life of Dame Valerie Adams has received a funding offer from the New Zealand Film Commission and is now in production via The Story Department.

Directed by Briar March (above left) and produced by Leanne Pooley, the film follows Dame Valerie’s journey to her fifth and final Olympic Games. The film will honour Dame Valerie (above right) as a woman who has not just survived a challenging past, but taken strength from her often difficult journey and turned it into greatness.

Due for theatrical release in 2022, Eight has received additional brand funding for the project via local and international brand partners.

Says Katie Millington, founder, The Story Department: “I love it when a plan comes together. We launched The Story Department with a view to creating a bridge between government and brand funding and we are excited by the prospect of this model leading to many more films being made in this part of the world.”

Eight is putting the call out to potential brand partners to support their other Story projects, including a television documentary about conversion therapy in New Zealand and a behind the scenes documentary series about boxer, Joseph Parker and the road to a heavyweight belt.

Says Lib Kelly, executive producer, Eight: “Huge props to Leanne for getting a film up so soon after joining us, while simultaneously pushing along all our other fledgling productions. Leanne brings unbridled enthusiasm and a wealth of knowledge from the field of documentary filmmaking and there’s no doubt we are learning from the best. Documentary film making is much more than picking up a camera and shooting what unfolds, that is for sure.”

Says Pooley: “It’s really exciting to be collaborating with a company like Eight who bring new ideas and energy to the table; including exploring innovative ways to fund and frame documentaries.”

Pooley has been a documentary filmmaker for over twenty-five years. She was made an Arts Laureate in 2011, named an Officer of the New Zealand Order of Merit for Services to Documentary in 2017 and the same year she was admitted to The Academy of Motion Picture Arts and Sciences (The Oscars).

The director of the Dame Valerie Adam’s movie, Briar March, has won over thirty international awards for documentaries that have screened around the world. She is a prolific storyteller with a tenacious passion for documentary filmmaking.

Adds Millington: “It’s a dream come true to have an office full of storytellers. Never a dull moment at Eight these days with the TVC department at full noise and a feature film in production. We’re like a busy blended family excited to have our voices heard.”