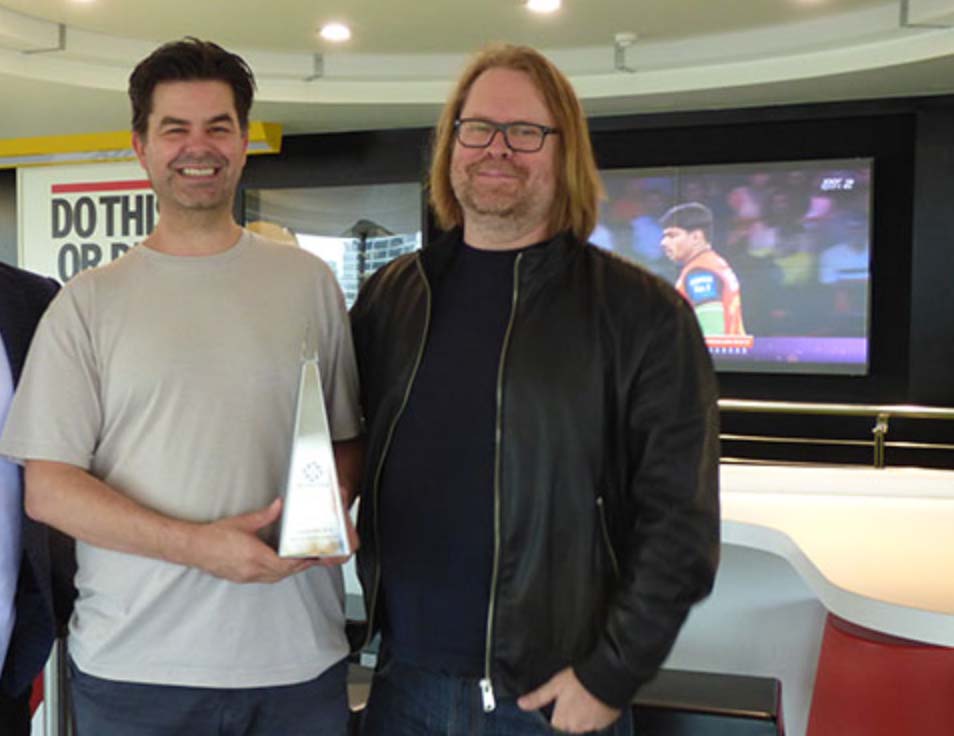 Accenture Interactive has confirmed the opening of The Monkeys in New Zealand with the appointment of Justin Mowday and Damon Stapleton, as reported exclusively by Campaign Brief earlier today.

Involved in some of New Zealand’s most awarded campaigns, Mowday joins after leaving his role as group CEO of DDB New Zealand, where he was responsible for overseeing a staff of 270 and a client roster including some of the country’s most revered brands. His 10-plus year tenure at DDB NZ generated first class work and numerous industry accolades which saw DDB NZ transition from a leading Kiwi agency to one ranked in the top five most effective agencies worldwide by The Global Effie Effectiveness Index.

Says Mowday: “Joining the Accenture Interactive team and launching The Monkeys is an opportunity I couldn’t refuse. In Australia, the agency has a reputation for creating provocative, powerful and effective work and with the combined forces of Accenture Interactive; I believe we have a unique opportunity to bring something really exciting to New Zealand.

“The arrival of The Monkeys will also help clients further power their ability to deliver the best brand experiences that can only be offered by The Monkeys and Accenture Interactive. Whilst we will miss the very talented people and amazing clients we’ve had the privilege of working alongside at DDB, I look forward to working with Mark and the local team to help charter an exciting new journey into this creatively driven market.”

Says Stapleton: “Given the chance to be on the team that opens the doors of The Monkeys in New Zealand is something I had to say yes to. I’ve long admired the agency’s ability to create outstanding ideas that live well beyond advertising and go on to take their place in helping to shape Australian culture. Couple this with Accenture Interactive’s tech, digital and data capabilities, and you have a really enticing opportunity to make a true impact on New Zealand, a country well regarded as a source of inspiration for anyone creative.”

Says Ben Morgan, lead, Accenture New Zealand: “Justin and Damon are known for their outstanding creativity and brand thinking. We are delighted that they have decided to launch The Monkeys and join Accenture Interactive as we expand our business within New Zealand. Accenture Interactive is recognised as the world’s largest digital agency and we are really excited about the potential of The Monkeys in bringing creativity to the entire brand experience.”

Adds Mark Green, co-founder and group CEO of The Monkeys and lead at Accenture Interactive ANZ: “Our expansion into New Zealand is an investment in our clients, our people and in our belief in the success of the model we’ve built.

“We are excited to welcome Justin and Damon to the team and to take part in that journey with them. Together, they have produced some of the world’s most interesting work and have steered equally famous agencies working alongside impressive brands. We believe they are the perfect people to help us build a great business in New Zealand.”

The expansion comes on the heels of Accenture Interactive’s recognition as the world’s largest digital agency for the sixth year in a row as reported by leading trade publication Advertising Age.