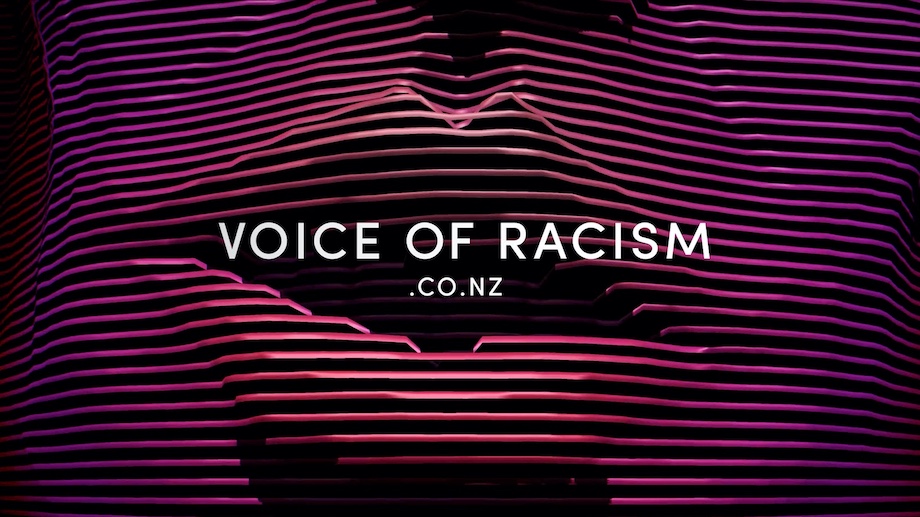 Following the second of two digital ceremonies, today, D&AD has announced three Black Pencil winners, alongside the President’s Award and the remaining Pencil winners across the Culture, Design and Impact categories. Clemenger BBDO Wellington has scored a Yellow Pencil for New Zealand Human Rights Commission ‘The Voice of Racism‘ in Digital Design now making the agency #1 in New Zealand with a total collection of one Yellow Pencil, two Graphite Pencils and three Wood Pencils. New Zealand has ranked 13th most awarded country in the world.

This year D&AD were proud to see that despite an unprecedented year for the creative industries, the standard of work submitted reached the same exceptional level. As such they are proud to award 3 Black Pencils, the creative industry’s most coveted accolade, reserved only for truly groundbreaking work. The recipients are:

#wombstories, AMV BBDO, Art Direction, Film
Women animators from across the world aiming to open up the many narratives and break taboos around the experiences of people with wombs.

True Name, McCann New York, Experiential, Community
A collaboration with Mastercard to support the rights of transgender and nonbinary people to use their chosen names on credit cards.

This year’s President’s Award, reserved for true industry heroes, was awarded to Australian director Kim Gehrig, a director represented by Revolver and Somesuch, for her outstanding contribution to creativity.

Says Naresh Ramchandani, D&AD president: “For me, creative excellence is work that acts both for the brief and for the world, putting social purpose at the heart of commercial success, and showing us that great creativity lifts everybody up. Kim Gehrig’s work lifts so many people up – women trying to get fitter in the case of This Girl Can, men who stand against toxic masculinity with We Believe, and people unafraid to speak up about periods with Viva La Vulva. Kim is not just an ‘issues director’, because when she addresses issues, they’re not issues at all – they’re national and international provocations and celebrations that touch the hearts of everyone who cares and many more who didn’t know they did. For this reason I believe she couldn’t be more deserving of this year’s President’s Award.”

Companies of the Year

The top ranking clients of the year are:
Apple
Essity
Academy

Alongside these special awards D&AD also announced the Pencil winners across the Culture, Design and impact categories. Across these, the top ranking countries by number of Pencils are:

The top ranking companies for these categories, by number of Pencils are:

The total number of Pencils in each category are:

The 231 Pencil winning works and all shortlisted entries are showcased on the D&AD Website.

The winners were announced during the second of two digital ceremonies hosted on the D&AD website, which featured speeches from D&AD president Naresh Ramchandani in celebration of the winners.

Says Donal Keenan, awards director at D&AD: “D&AD Black Pencils are an incredibly special and rare industry accolade. I am delighted that this year we have three projects that are driving real behavioral change, from helping empower communities, to increasing freedoms and smashing taboos. The discussion in all three Black Pencil juries was insightful and rigorous this year. D&AD would like to say thank you again to all our fantastic judges in making these Black Pencil choices.”

The total number of Pencils awarded for the D&AD Awards 2021 by level are as follows:

A full list of Pencils awarded by country, including overall ranking, can be found in the notes to editors section below.

D&AD this year continues to platform the most exceptional work from the past 12 months, following the same rigorous judging process that holds creativity to the highest standards. Famously tough to win, there are no quotas for D&AD Awards, meaning that the number of awarded entries fluctuates each year. In some years, no Black Pencils – the highest creative accolade – are awarded. The highest ever awarded in one year currently stands at seven.

Winning work will not only receive an esteemed D&AD Pencil, it will also be featured in the D&AD Annual – the definitive guide for creatives all around the world.

D&AD will be launching the Jury Insights series, a programme of panel discussions in which judges from select categories will discuss what makes Pencil-winning work, alongside the trends and themes from the 2021 Awards. The series will be released fortnightly from 8 June on the D&AD website.