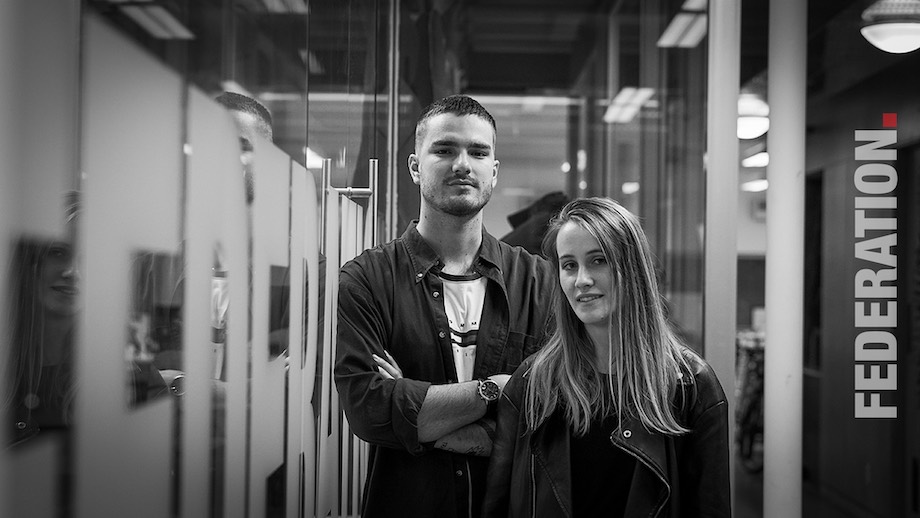 Federation has snared creative hotshot duo Andrew Hathaway and Kelly France as the agency continues to build creative momentum. The pair were previously at Stanley St.

Says Tony Clewett, chief creative officer, FEDERATION: “They’re are a talented young team who in a short space of time have accumulated a portfolio of work beyond their years. To be honest, I was pretty relieved when I heard my old colleague and their Stanley St boss Regan was on the move! I didn’t have to come clean and let him know it was me who’d poached his rising stars!”

Hathaway and France join Federation at a time of significant growth. Federation has more than doubled in size in less than 12 months and Clewett says he can’t wait for France and Hathaway to come on board.

The creative duo have been working across a range of clients and are responsible for some of the more outstanding television work for KFC including their most recent brand spot.

Says Clewett: “Andrew and Kelly are a great fit for Federation. They’re ambitious, energetic and great people which matters a lot to our culture. As an agency that’s also committed to gender equality, it’s great to be welcoming a talented young woman like Kelly into our creative team. Exciting times all round.”

Says Hathaway: “Tony, Sharon and the team have a huge vision which Kelly and I are excited to be a part of. I’m also really looking forward to working with Tony who is one of the best in the game. Naturally, I’m also pretty keen on being across the road from some of the best bagels and coffee in town…”

Says France: “It’s just a really exciting time to be joining the Federation team and I’m thrilled to be joining at such a strong growth phase.”

Clewett’s appointment as Chief Creative Officer of Federation in 2020 bolstered the agency’s leadership team alongside the appointments of managing partners Olly Boden and Elizabeth Beatty. Clewett is one of New Zealand’s most highly ranked CCO’s and winner of a double first with Grand Effie and Grand Axis. Boden joined Federation from Colenso BBDO and Beatty was previously a general manager at FCB. Sharon Henderson was group managing director of DDB New Zealand prior to founding Federation and is the first female leader of a multi-national creative agency in this country.