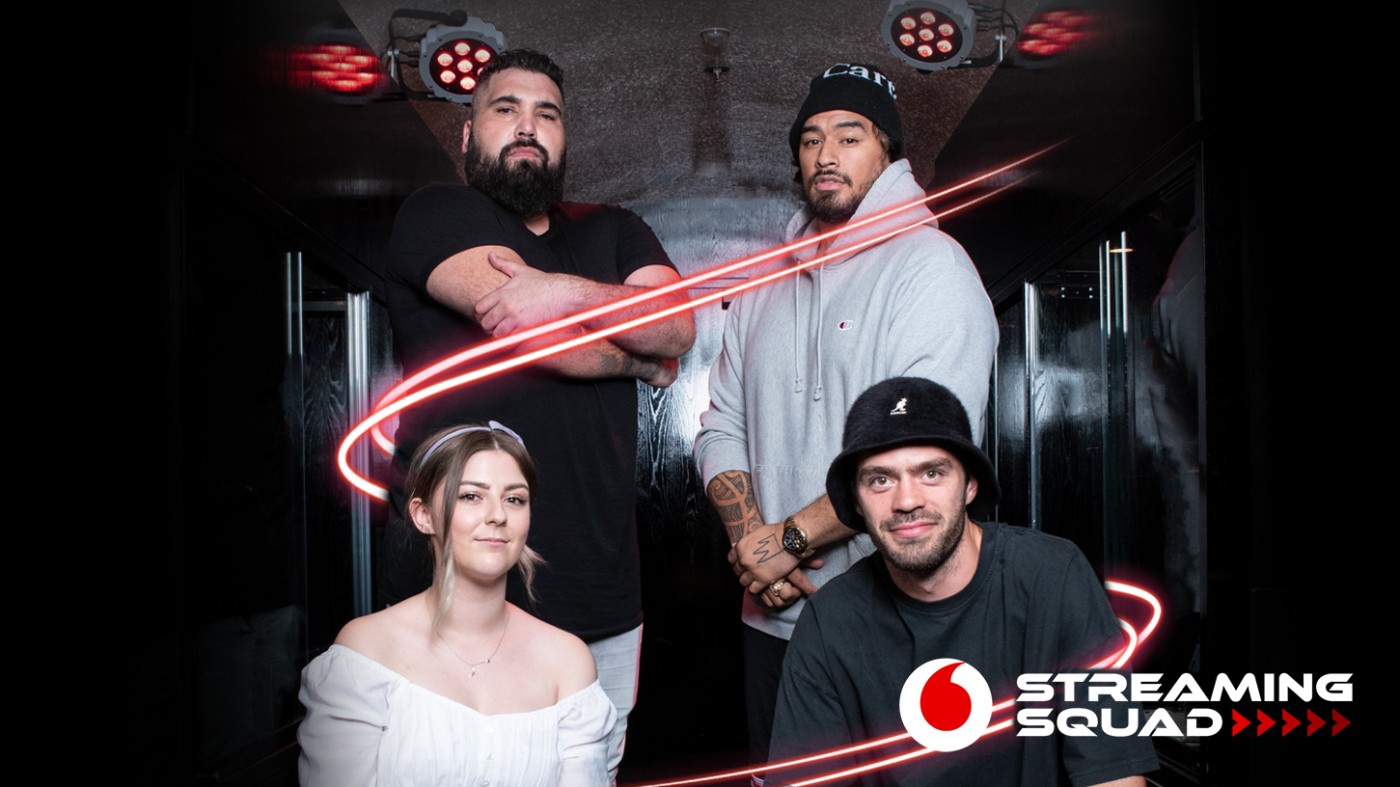 Vodafone has teamed up with leading esports media company LetsPlay.Live to create the first streaming team formed by a brand in New Zealand, and showcase the optimum gaming and esports experience to video game fans. The Vodafone Streaming Squad created in partnership with LetsPlay.Live and Mango Communications.

The Vodafone Streaming Squad is made up of four high-profile Kiwi gamers from different areas of success, and aims to deliver an awesome connectivity experience via SuperWifi and the 5G network.

Each squad member joins with their own individual communities of gaming fans, who regularly tune in to watch them live-stream games. Armed with Vodafone’s SuperWifi bundles, and Endless Data mobile plans, each streamer will be regularly broadcasting individually and together throughout the year.

The Vodafone Streaming Squad officially launched with a one-hour livestream show at LPL Studios in the iconic Sky Tower on Friday 30 April. The show was broadcast live to each individual squad member’s Twitch or Facebook pages, as well as Vodafone’s Facebook page and LetsPlay.Live’s Twitch page.

Says Duane Mutu, managing director, LetsPlay.Live – partners of Vodafone New Zealand since 2019: “Vodafone are the market leaders in the New Zealand telecommunications space. It is fantastic to be able to work with Vodafone in executing an authentic, long-term gaming strategy the right way.”

Commenting on the partnership, Delina Shields, head of brand and marketing at Vodafone, highlights the importance of gamers in the digital ecosystem: “We love the interactive nature of gaming and how esports has taken Aotearoa by storm. LetsPlay.Live creates awesome, engaging content and we hope to inspire a new generation of gamers via the Streaming Squad.

“With Vodafone SuperWifi providing wall to wall wifi for kiwis, and the largest 5G network in New Zealand, gaming is a natural fit as players need access to fast download speeds and low latency to succeed.”

Says Zoe Virtue, Mango Aotearoa: “We’re constantly looking for an unexpected approach to amplify Vodafone’s offering in an authentic way to the right audience. The partnership with Let’s Play Live offers an exciting opportunity to create a long-term campaign with key content creators to reach and engage the elusive and untapped gaming and streaming community, and we’re excited to see it live.”

Gaming fans can find more info on the Vodafone Streaming Squad and their respective members on Instagram. Future streams will be featured on Vodafone NZ’s Facebook channel.