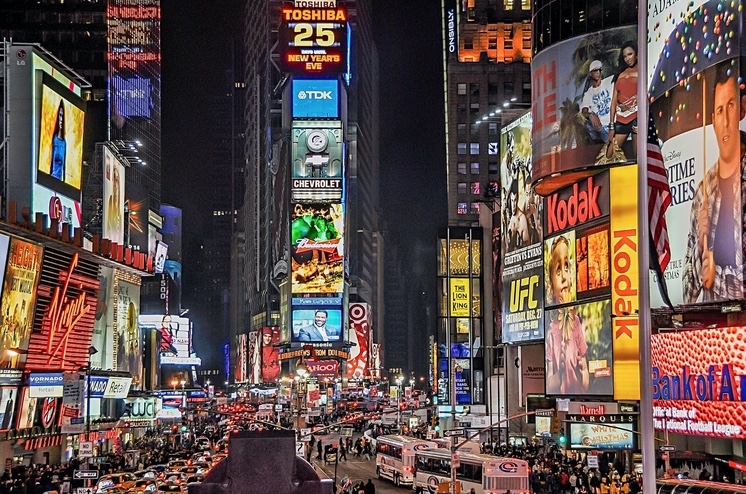 Imagine you are four guys in Liverpool in the early 60’s. One day you decide you want to be famous. Ringo starts to tell everybody that the 4 lads are a band. This rumour spreads. They dress like a band and go and hang out with other bands. A couple of groupies start to wave at the fab 4 in the streets. After a couple of months they walk into a trendy club. Everybody stops. The girls start screaming. All this recognition gets them noticed and they even get asked to open a local butchery and a new invention called a shopping centre. A music store starts giving them free instruments for free PR. This minor fame gets the attention of a record company. The men with big cigars leave London and visit Liverpool. As they get out of their Bentley the boys are being chased by a throng of crying, screaming teenagers. The men with the big cigars smile at each other. This is going to be big. They sign them immediately.

Ringo and the others decide they should come clean. They mention the very important fact that they can’t play any instruments, can’t sing or write songs and have absolutely no talent. The men with the big cigars laugh and say don’t worry you can fix anything in a studio. You are already famous, that’s the hard part. These men would go on to launch another huge band called Milli Vanilli in the 80’s. (Google it).

An alternative reality? Maybe. Maybe not. It is in fact exactly what the internet has done to fame. Let me explain. I have been reading an excellent book called Hype by Gabriella Bluestone. She looks at all the scam artists in the digital age. From influencers we trust for no reason to Billy McFarland and the Fyre Festival, the lesson they teach is always the same. Something doesn’t have to be real, it just has to be real online.

What this means is you can bend time. You will your reality into being by simply saying it. It’s like a glitzy fucked up version of the upside down in Stranger things. What is important is you say something first. By saying it online it can become true in the real world. There is a documentary called Fake Famous on Netflix where they demonstrate this perfectly. In the series they take non-famous people buy them thousands of followers and watch what happens. In one of the episodes, a male influencer takes fake photos pretending to be at a private gym and puts it on Instagram. The next day he gets an offer from a real private gym to workout there. You say its real and it becomes real. My favourite trick is they show how to take a 12 dollar toilet seat and hold it in front of a television screen with the sky on it and hey presto it looks like you are on a private jet on Instagram.

At this point you might say, yes young man but eventually when these people collide with reality it all comes crashing down. And I say, with hope in my heart, you are probably right.

But, just for fun, let me give you another scenario. Ghost kitchens. Some of you may of heard of the term. For those that haven’t they are essentially fake restaurants on Uber Eats and other apps like it. This is how it works. I create a brand. Damon’s Big Texas Steakhouse. I put a couple of fake reviews online and suddenly I am a restaurant. Except I am not. I am a dodgy kitchen away from prying eyes and health inspectors. I can be cheaper than the competition because there are very few overheads as there are no waiters or people to be served in the restaurant. Because, there is no restaurant in reality. Only online. But now online has now become reality. You saw the brand. You imagined a family run steakhouse. You ordered the food. You ate the food. But the restaurant doesn’t exist.

Online has become reality. What a strange sentence.

The great English poet John Keats once said nothing ever becomes real until it is experienced.

One of the best definitions of a brand is that a brand is the sum of your experiences. Another is a brand quite simply is a promise.

The question is if those experiences happen in a place where reality has very little meaning what does that mean for a brand? What is a brand? What can a brand promise in a place where time and space can be bent? Where direct experience happens less and less because of convenience. And, a place, where the final product is no guarantee of where it came from or what it actually is.

Maybe we don’t care anymore. If the burger I ordered from a fake restaurant is ok, do I care? Maybe not.

However, if that is the case we are seeing the collision of two worlds. One that we know. A world where people have worked very hard to build great businesses and products. Actual factories exist. Research is done. They care about what their customer gets. They have tried to build trust over years and create a reputation that becomes their brand.

The other world is a far more shadowy world. Time and space mean very little. Popularity and fame are the only currency. Trust feels like a quaint concept. It’s a place where you can say anything because that might make it true in the future. A world where you can bend reality until it is reality. Here, a brand can be built on circumstantial evidence. A world, where for some, the end justifies the means.

In the future, you will find brands in both of these worlds. Only some of them will be real.