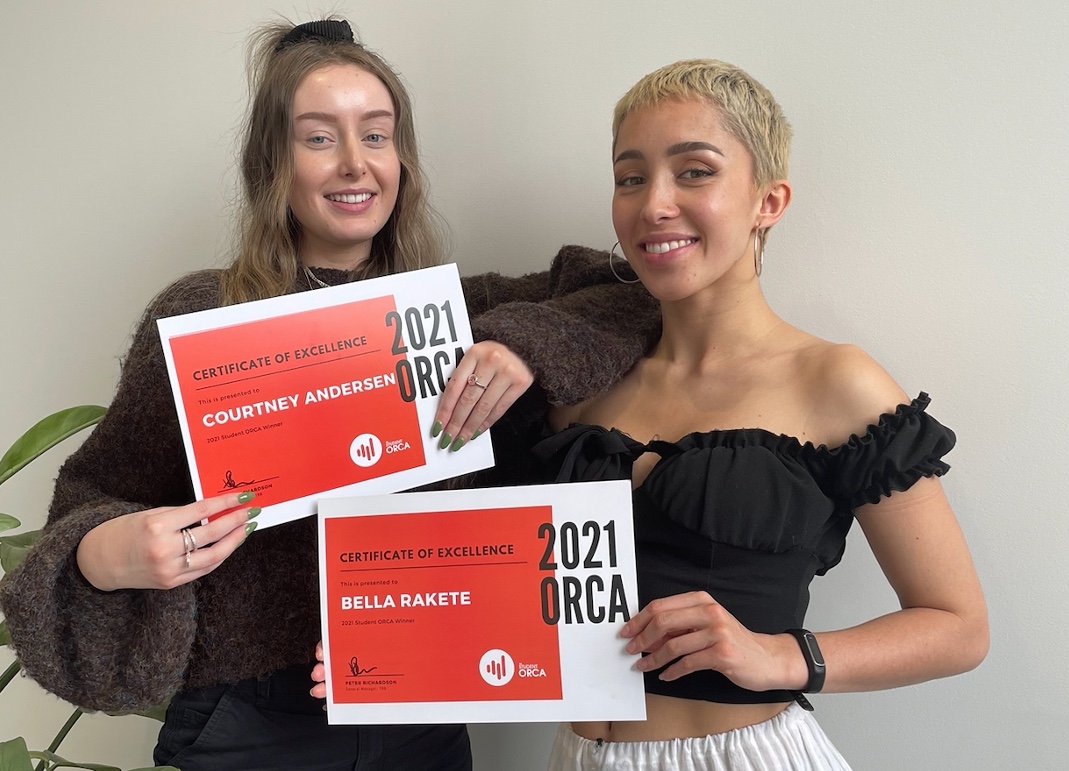 This year’s briefs challenged both MDS and AUT student teams to come up with a radio-first integrated campaign to either encourage Kiwis to use the tools provided by Te Taura Whiri I Te Reo Māori (Māori Language Commission) to learn te reo Māori; to increase foot traffic to a local café or restaurant struggling in the aftermath of lockdowns; or advertise a dating app of their choice.

The winning radio-first campaign was worked around the insight that people think te reo Māori is impractical to learn because it is  a regressive language. In a campaign of three radio ads the team showed the ways in which te reo is a more progressive language than English- with all three ads ending with the call to action that when we reach the limits of some language, maybe it’s time to look back to a more progressive one.

Andersen and Rakete not only wrote the ads, Rakete also powerfully voiced all three of the ads, which you can listen to here

The team extended the idea into other media by using display ads alongside topical content that illustrates how te reo is the language of now and an OOH launched during Māori language week, that corrects the AI used in Māori Google translate to give more accurate, in depth translations of te reo that point out why it is the language of now.

Says Kate Humphries, programme director at Media Design School: “The whole competition from start to finish was a great experience for all the students. The brief to make a radio-first integrated campaign opened up the students’ thinking to how a strong insight can effortlessly lead an idea into other media.

“On the execution front, we owe a grateful shout out to DDB for letting us use their sound studio to record all our finalists’ ideas. In particular, a big thanks to creative director Rory McKechnie for getting in touch to offer their in-house recording space, together with a generous morning’s recording with DDB’s all-round-sound-god Milon Williams. 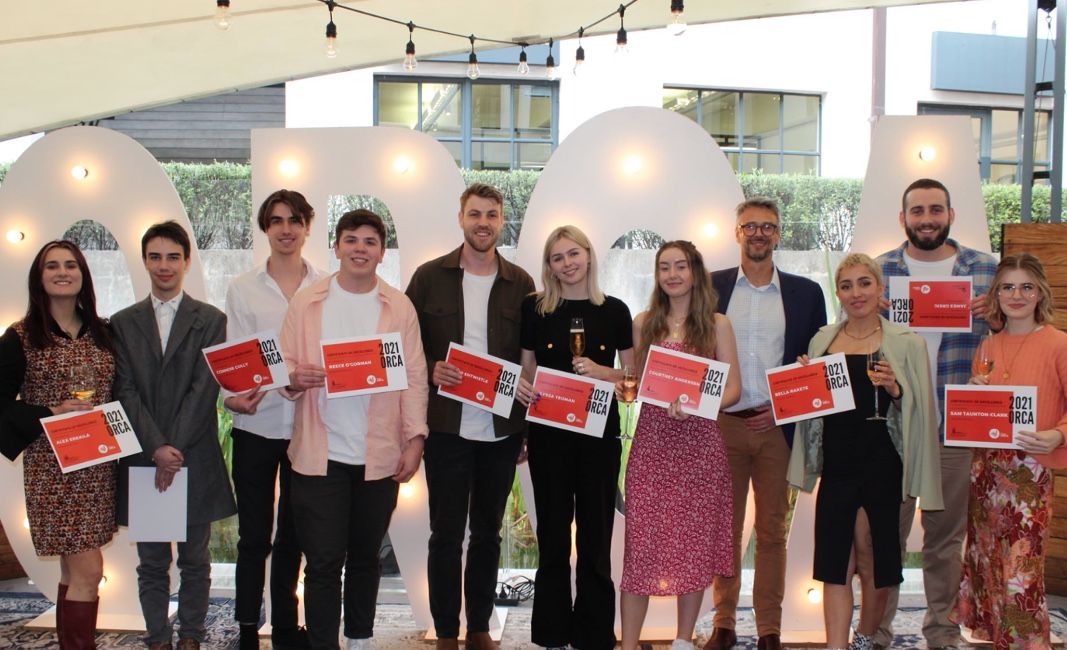 “Congrats to AUT for winning the runner up spot and a huge cheer for our other finalists Callum Bately and Alex Erkklila for Brush up on Te Reo; Jonno Entwistle and Alyssa Yeoman for Date For Your Kids for the Plenty of Fish dating app; and  Sam Taunton-Clarke and  James Greig for Scary Love for the Hinge dating app (and for those who messaged me asking who the voice talent was on Scary Love, that was James providing the voice for his own script).”

Listen to all the MDS finalists here

Continues Humphries: “Congrats to the professional ORCA winner and MDS alumni Adam Redmond and Emerson Hunt (FCB) for their PAK’nSAVE campaign Meat Hijack. A big cheer also to Maraea Walker, one of our previous Student ORCA winners, who was part of the winning team from FCB who took out the People’s Choice Award for the NZ Police campaign Enjoy The View.

“A big thank you to The Radio Bureau’s Peter Richardson and Sheridan Hill for generously inviting all the students to the Professional ORCA finalists’ lunch at Cibo where they were presented with their awards alongside the Industry’s Orca award-winning creatives.  A loud cheer to Sheridan for organising the briefs, the judges, and the two rounds of feedback.

“Lastly a huge a huge heartfelt thank you to the judges Simon Vicars, Raymond Otene McKay and Bex Radfield for two gruelling rounds of feedback.”