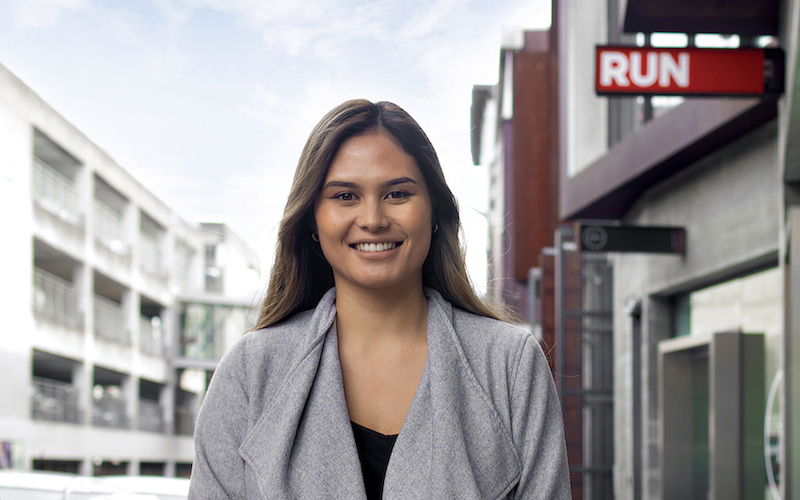 Māori-owned independent creative agency RUN is celebrating two new arrivals to its team, due to a season of continued growth.

Brianna Smith (left), Ngāti Whakaue, Waikato, and Ngāti Raukawa ki te Kaokaoroa o Pātetere, has joined as studio manager. She joins RUN from Yellow, where she was a marketing coordinator, giving her exposure across both digital and print advertising. Prior to that she was at MediaWorks. Smith also hosts a weekend radio show on Mai FM, the number one Hip Hop and R&B station in Aotearoa.

Smith is passionate about empowering Māori and Pasifika, a value shared with RUN founders Raymond Otene McKay and Laura Cibilich. With her experience across digital, radio and print advertising, RUN is thrilled to welcome her to the team.

Russell Hooton-Fox, a multi-talented graphic designer, has also joined the RUN team. RUN noticed his work, after he led a group that worked on Woven last year. Woven explored connections to Māori culture within our community, through shared values, and was awarded last year at the Best and AGDA Awards, as well as selected for Kātoitoi – the Aotearoa design archive.

Over the past year RUN has moved into new offices in the Karangahape Road Precinct, Tāmaki Makaurau, and has a rapidly expanding client list, including The Immunisation Advisory Centre, Auckland Council, Rotorua Economic Development, and Amotai.

Says Raymond Otene McKay, co-founder and COO, RUN: “I am immensely proud of what we’re achieving at RUN, within our team and clients. I’m excited to welcome Brianna and Russell on board to join our diverse team and they’ve already hit the ground running on some pretty big projects for government and commercial organisations. We’re independent, but like to stack our work against the big network agencies, which is fast becoming noticed.”