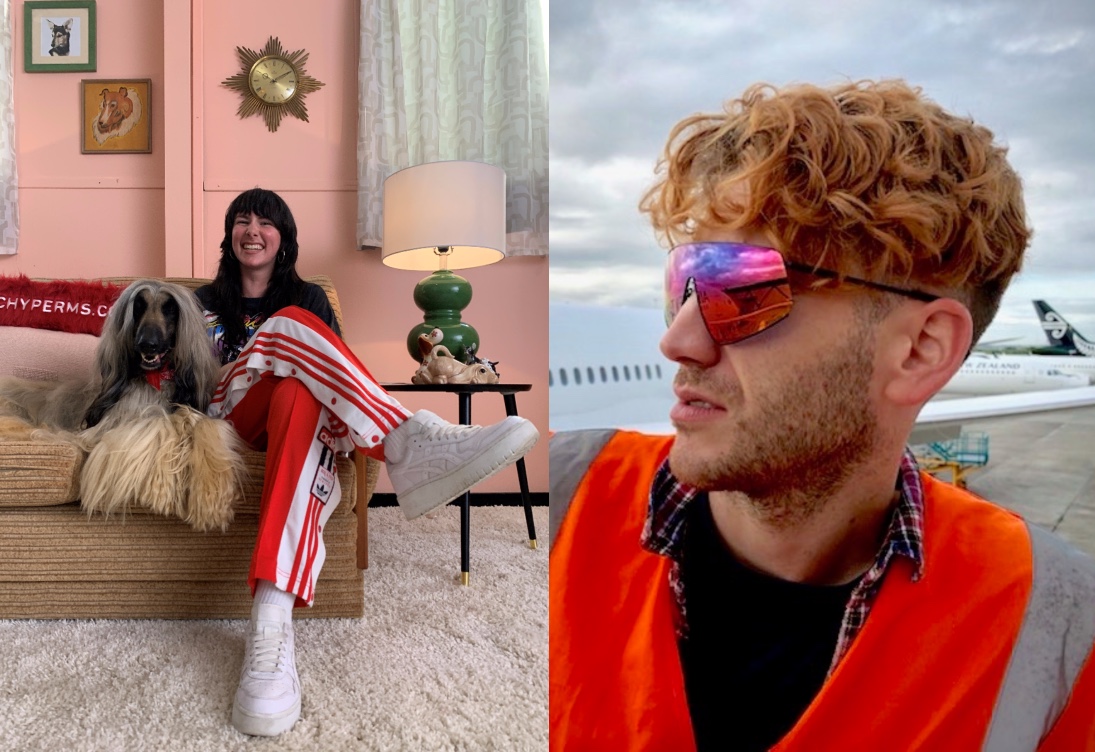 Having come to Eight with a few music videos and a couple of beauty ads, the bright, bold and unapologetic Australian director Courtney Brookes (left) is a fresh new voice on the commercial scene. In her first year at Eight, she has been shortlisted for New Director of the Year for this year’s Shots Awards and the New Talent Award for CICLOPE Asia for her Bumble campaign ‘Girls Will Be Girls’. These latest award nominations are in addition to nominations for Best direction and Best Production Design at both AWARD Awards and CAANZ Axis.

Executive producers and Eight owners, Katie Millington (New Zealand based) and Lib Kelly (Australian based) are constantly on the lookout for young talent. Eight carves out a path for success by meticulously honing directors’ personal brands and bringing them opportunities to shine. Having joined Eight with just a short film on his reel, Kiwi director Jamie Lawrence (right) is now representing Eight on the world stage, having directed the coveted Air New Zealand campaign ‘Reasons to Fly’,which launched across New Zealand in May and then jumping straight into directing the latest Lotto New Zealand campaign, which hit the screens earlier this month.

Says Millington and Kelly: “Unearthing and nurturing new talent is what we’re good at and what we enjoy most. It’s a tough slog and a serious investment, but it’s undoubtedly the most rewarding part of the job to see the industry catch on and to watch new directors bask in the hard-earned lime light. We believe we have a natural ability to spot directors who have raw talent and a willingness to take on our advice. It’s easy to spot the ones who will undoubtedly bring something fresh and brilliant, but it’s tough to predict whether the ever-changing advertising industry will embrace them or not and for that reason it’s always a gamble.”

Brookes’ work is people-centric and explores the weird, nuanced and downright gorgeous, as she states: “The ‘Girls Will Be Girls’ campaign is one of my favourite projects to date and so incredible to have been given the trust to tell such a femme powered story with a kickass crew at my side. Every part of the process was as fun and colourful as the final film and it is a delicious cherry on top to have this work recognised by AWARD. Big shout outs to the judges, my incredible team at Eight who are always charging forward with me no matter how bold the idea, and my insanely talented team of collaborators and friends who made this project authentic, a bit cheeky, and unashamedly female.”