Exit signs directing duo Josh & Xander on their arrival in Australia + New Zealand from the U.S. 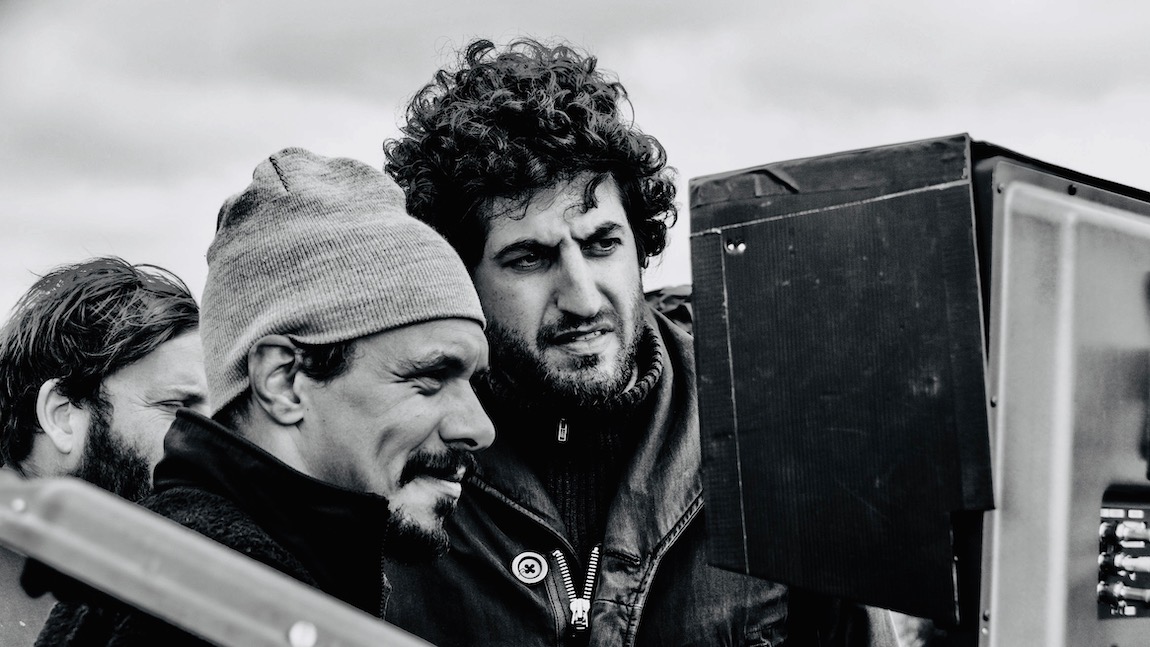 US directing duo, Josh & Xander, have arrived in AUNZ and signed to Exit. They come with a remarkable portfolio of work – richly cinematic commercials for famous brands such adidas, American Express, Apple, Budweiser, Ford, Gatorade, Honda, Twitter, Jeep, Samsung, Toyota and the US Army.

The pair, whose close collaboration often spans thousands of miles when they’re working from different cities, have become known for their “shared creative brain”.

Says Xander: “More than a few crew members and agency creatives have tripped out on hearing the same spontaneous directions or thoughts come out of our mouths when we’re not in the same physical space. One of us might be crammed into a bathtub out of the camera’s sight directing talent MOS while the other has eyes on a monitor on the other side of the location unwittingly sending identical direction of the subtlest kind through our AD, almost to the second. And it happens whether we’re directing the camera or directing talent.”

Josh and Xander worked apart for seven years when Xander was living in Los Angeles and Josh in New York. Now Xander will be based in New Zealand and Josh in Victoria.

Xander notes: “We’re quite used to working together at a distance and frequently on jobs one of us will be leapfrogging the other if it’s a multi-phase job or covers several locations or cities. We’ll divide and conquer, while also working really closely together on set. We’re pretty interchangeable.”

Do they always see eye to eye?

Josh explains: “It’s interesting. So much of what we love about the process is how the early conversations on any project happen as we begin to concept. We’re two different people, and though we do see the world through eerily similar lenses, the view isn’t always the same. But those little misalignments in the vision are fertile ground for some of the most interesting ideas. We’ve always loved the problem-solving aspect of the work, and for us that’s an ego-free space, which keeps it fun. Where we’re not in total alignment it becomes, ‘Huh…what’s the thought there? Let’s play it out your way for a minute and see where it takes us. OK, what if we do it like this?’. By the time we’re on set our vision is crystal clear, but the same fluidity and flexibility remain, so we’re present to the kind of spontaneity and energy that’s so much a part of what we do.”

That vision is strikingly cinematic. It’s also enigmatic in a way that makes their work interesting to watch. There’s a dynamic tension between the artful crafting of the duo’s frames and the authentic, uncontrived, and often unscripted feeling stories into which the viewer is invited. That contrast makes their commercials remarkably compelling.

Xander explains: “We leave enough up to the viewer’s imagination to allow them to project themselves into it what we’re creating. In commercials, that can be a powerful device.”

In the duo’s broad history of commercials, some specialties have developed.

Says Xander: “We’re always excited to see a wide range of creative across categories. If it’s thoughtful, if it speaks to the human experience in some meaningful way, if it’s conceptually unique, we’re interested. Performance driven narrative and lifestyle work with an authentic human dimension has always spoken to us, but we have a soft spot for automotive as well, and love any opportunity for interesting, high-concept visual explorations. At the end of the day, a great spot is a great spot.”

Joining Exit was an easy choice for the duo. They recognised the opportunity to make some really new and exciting work together in this market, along with the upshot of having work from their US clients produced here by Exit. But mostly the team just had a “gut feeling.”

Says Xander: “We got such a warm feeling from Leah and Declan in our first meeting. We’ve been doing this for a minute and for us so much of being happy professionally is being with good people who care a lot about the work but also run the business in a really human-centric way.”

Adds Josh: “Leah and Declan resonated with us on a heart level. There was also something about the nature of the work and the kind of directors they choose to rep, directors whose work we really admire.”