Says Awerangi Tamihere, chief operating officer, Te Whānau o Waipareira: “Defending our communities against the Delta Variant is front and centre of the Whānau Waipareira call to action. We serve the most vulnerable communities and this means moving with speed, so to scale up defending our whānau and increasing vaccinations in our communities. It’s a race against time and a response we cannot do alone. We now bring the full force of the Tāmaki Makaurau Whānau Ora Battalion to the fore. Whānau Waipareira alongside our fellow Te Pae Herenga o Tāmaki Whānau Ora Partners now embark on a scaled up campaign, ‘Fight for your whakapapa’, reaching deeper into vaccinating our communities over the next three months.”

‘Fight for your whakapapa’ was built off the back of Te Whānau O Waipareira and Motion Sickness’ earlier collaboration, 2021’s ‘Proud to be Māori’.  With more than 23 million campaign impressions and over a million video views across Aotearoa, ‘Proud to be Māori’ had an overwhelmingly positive response – reaffirming a sense of pride in local communities, and connecting individuals that rallied behind the kaupapa.

After the campaign’s runaway success, and the strong sense of solidarity and collective strength that it championed, ‘Fight for your whakapapa’ was a natural continuation; channeling the same sense of individual pride and collective power – a call for whānau to look to the future, to fight for it, and to protect it.

Says Katene Durie-Doherty, digital lead, Te Whānau o Waipareira: “The way we message and how we message is built on what we know works and works well in our communities. The Proud to be Māori campaign was just that. A defining campaign that builds hope, belief and aspiration no matter what challenges stare us in the face. Protecting our communities against Delta is now our biggest challenge. In partnership with Motion Sickness we now pivot quickly to build on the Proud to be Māori campaign and take the next step as we ‘fight for our whakapapa’.” 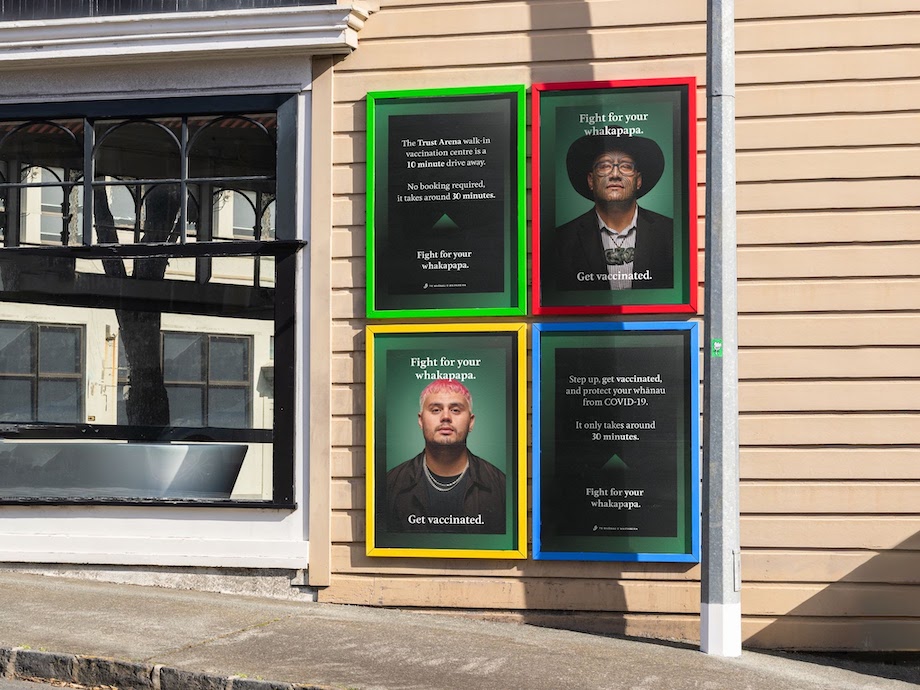 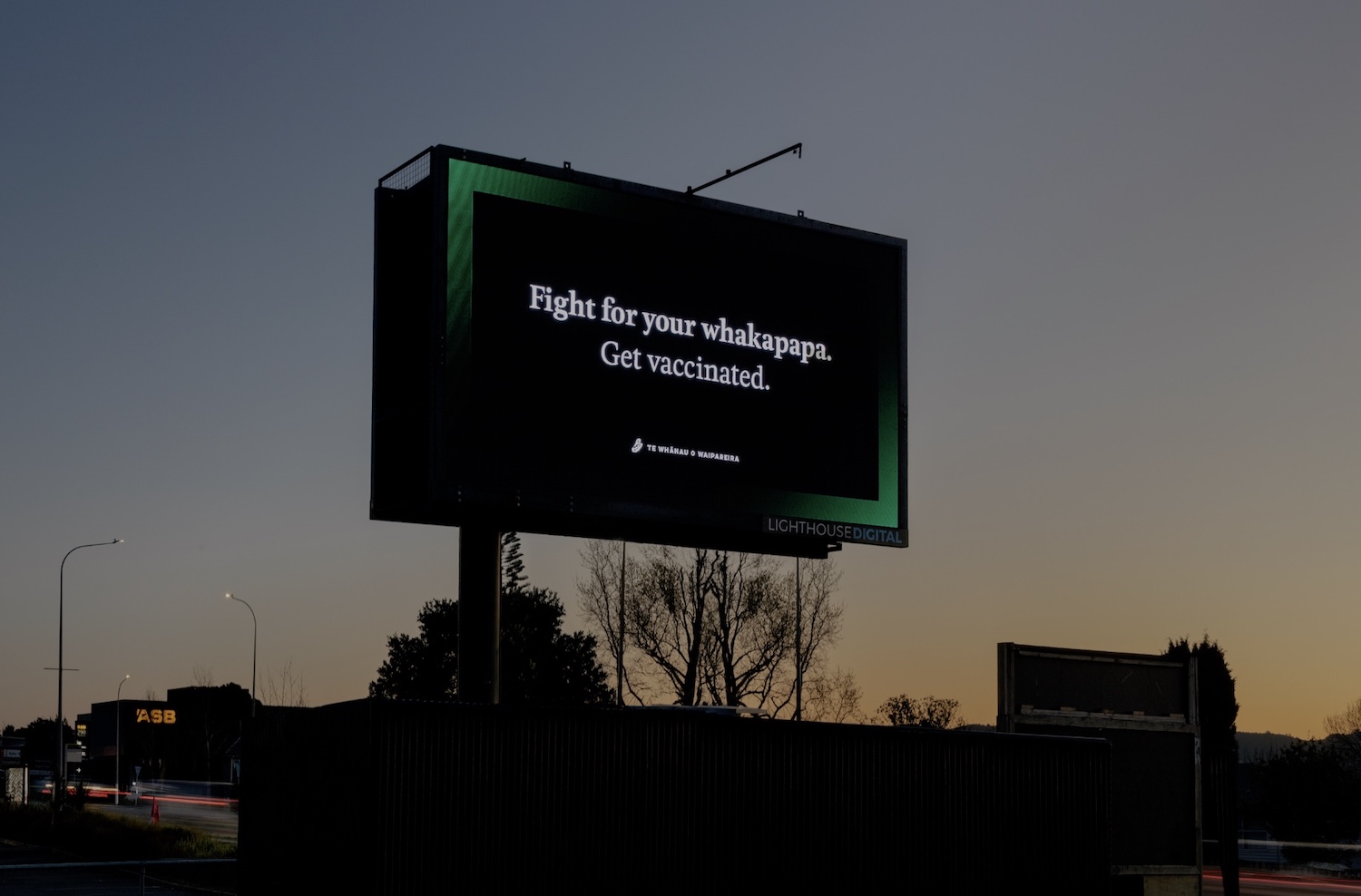 Digital out of home in proximity to vaccination centres.

With the entirety of New Zealand in a level four lockdown, creative limitations were inevitable from the outset, and the importance of delivering a powerful yet concise message was paramount.

The campaign was live 12 hours after winning the pitch via a series of billboards, street posters, and strategically targeted digital and social messaging. The campaign honed in on the ease and functionality of the vaccination process – pointing out the close proximity of nearby vaccination centres, and emphasising the speed and efficiency of getting the jab.

Says Sam Stuchbury, executive creative director, Motion Sickness: “Faced with a particularly tight time-frame, we needed to land on an approach that appealed to the heart, without impeding any of the important, functional messaging. The final approach was multi-layered, with our hero creative embodying what we seek to protect (our whakapapa), followed by a functional and hyper-targeted layer of straight-shooting messaging – nearby locations you can receive a vaccination at the very moment you’re served an ad. Based on insights provided by Te Whānau O Waipareira, convenience and ease are a major factor in choosing to vaccinate. Simply put – we wanted to make people’s decision to get vaccinated as easy as possible, and reiterate that by choosing to do so, you are protecting those you care about. The results so far have been incredible.”

In addition to digital messaging, a Waipareira Instagram and Facebook AR filter was rolled out, creating a shareable piece of content that allowed a personal spin on the larger Te Whānau O Waipareira vaccination message. 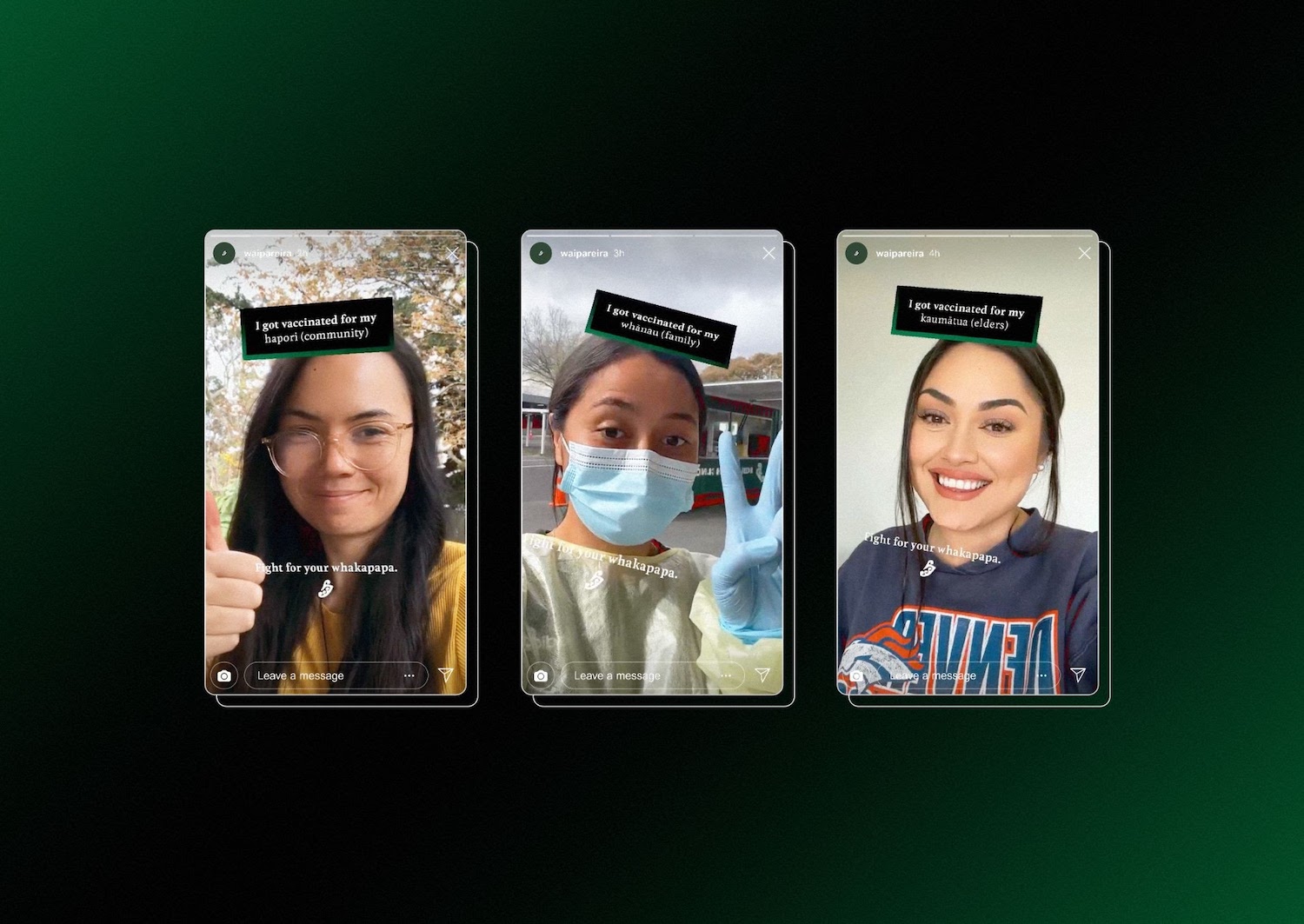 Custom Instagram AR filter created for ‘Fight for your Whakapapa’.

Says Josh Hawke, head of media, Motion Sickness: “It’s a big job; from the speed of the response, improving vaccine sentiment where All of Government messaging can’t, to reaching an audience with limited pre-defined solutions, only made more difficult by the confines of Level 4 and 3 Lockdown. As we see time and time again, through our audience insights, strong use of data and creative made fit-for-purpose, you get effective results, which we’re already seeing in the early stages of our campaign. 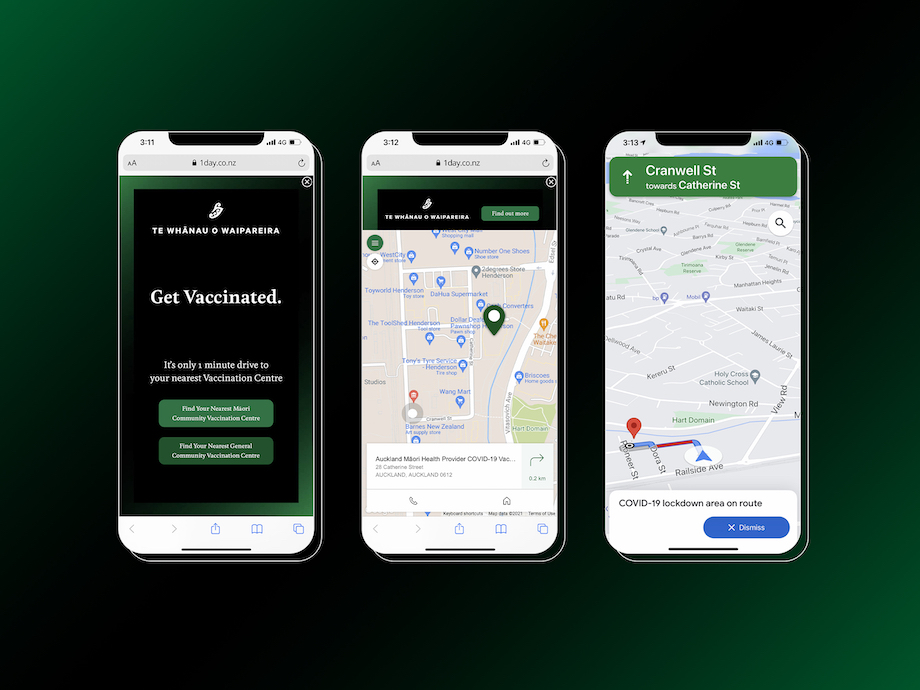 “We’re particularly pleased with our early results to overcome the accessibility challenge. Within the first few days we’ve seen over 5,000 of our message exposed users open our dedicated mobile map, and their device to then be found later at a Māori-run vaccination site.”

‘Fight for your whakapapa’ is live now, and will be running for the next eight weeks across the Tāmaki Makaurau / Auckland region.