For this year’s Breast Cancer Awareness Month, Breast Cancer Foundation NZ has partnered with Māori youth poets Ngā Hinepūkōrero to share a message of body positivity in a new campaign via Colenso BBDO. The poets tackle a barrier to mammograms not often discussed – body shame and embarrassment.

Says Maria Devereux, executive creative director at Colenso BBDO: “After ongoing korero with Dr. Rachel Ka’ai-Mahuta and Hāmiora Bailey, we realised that within the te ao Māori world view lies a powerful message of body positivity – one that all NZ women can benefit from.”

The campaign is centred around a poem performed by the Māori youth poetry group. ‘Ahi Kā’ is a protest poem which calls on women to love their bodies the same way New Zealand’s first women did. With embarrassment often cited as a reason women avoid mammograms, and Māori women among the most at risk but least screened for breast cancer, the campaign has an important role to play.

Says Ngā Hinepūkōrero: “The way wāhine Māori feel about our bodies has changed throughout generations. From our ancestors’ respect for their bodies, to our grandmothers’ feelings of shame and unacceptance, to the current generation’s reclamation of te ao Māori attitudes towards the body, and the love that comes from that.

“Our poem tells the story of wāhine Māori and their journey back to respecting their breasts. We’re thrilled to be part of this national campaign, encouraging women to honour their whakapapa by loving their breasts and getting a mammogram.

Through the incredible voices of Ngā Hinepūkōrero, the films speak to the love our tupuna whāea had for their bodies, and voices a new commitment for New Zealand women today to honour their whakapapa by loving their breasts. Their words are set to powerful images of the members of Ngā Hinepūkōrero and their mothers, illustrated by Atarangi Anderson and animated by Creature Post. The message ‘Honour your whakapapa by loving your breasts. Get a mammogram.’ is shared within the film and through print featuring breast cancer survivors.

Breast Cancer Foundation NZ’s latest campaign launched October 3rd with a 30” film and rolls out across TV, OOH and online. 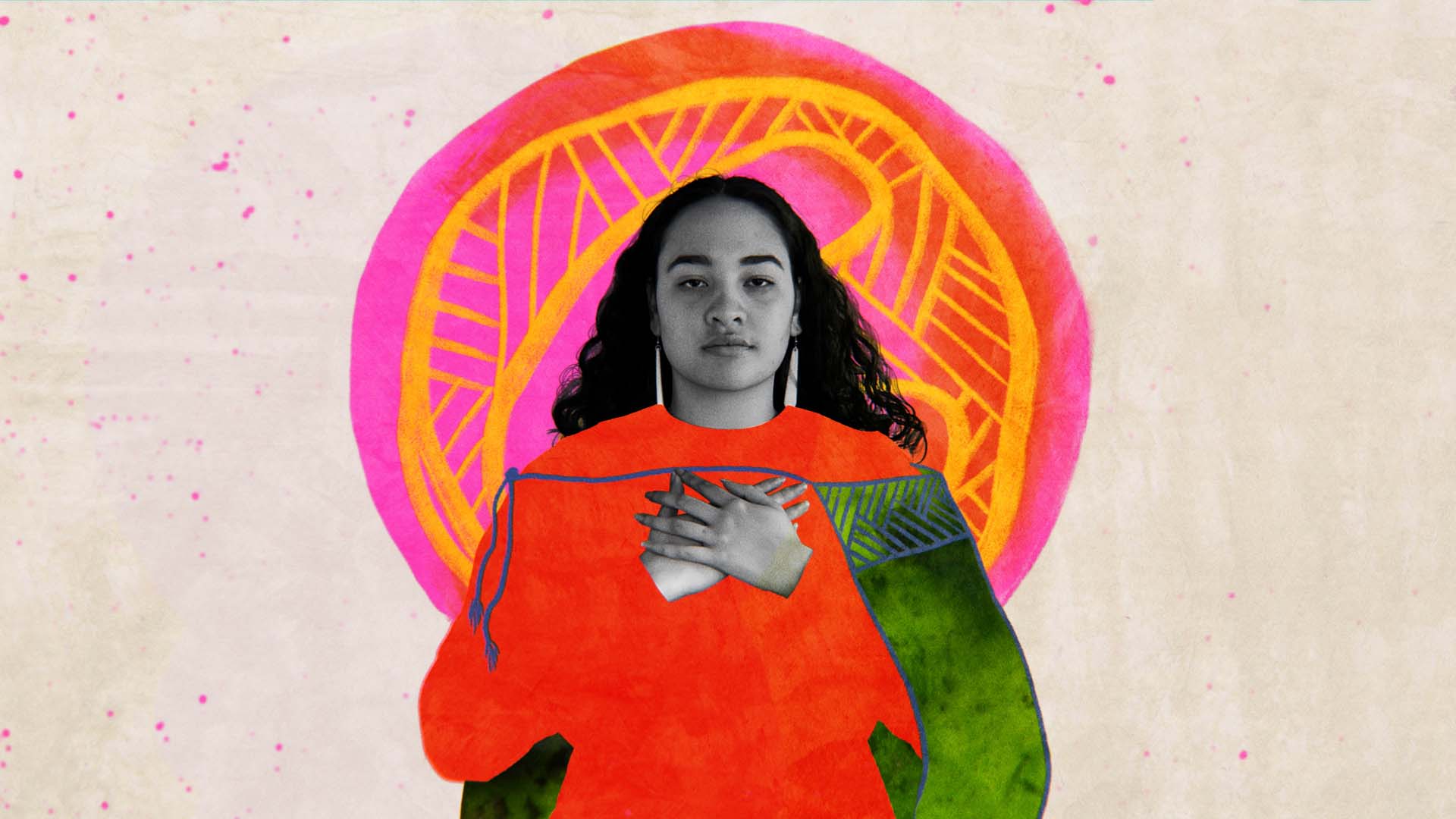 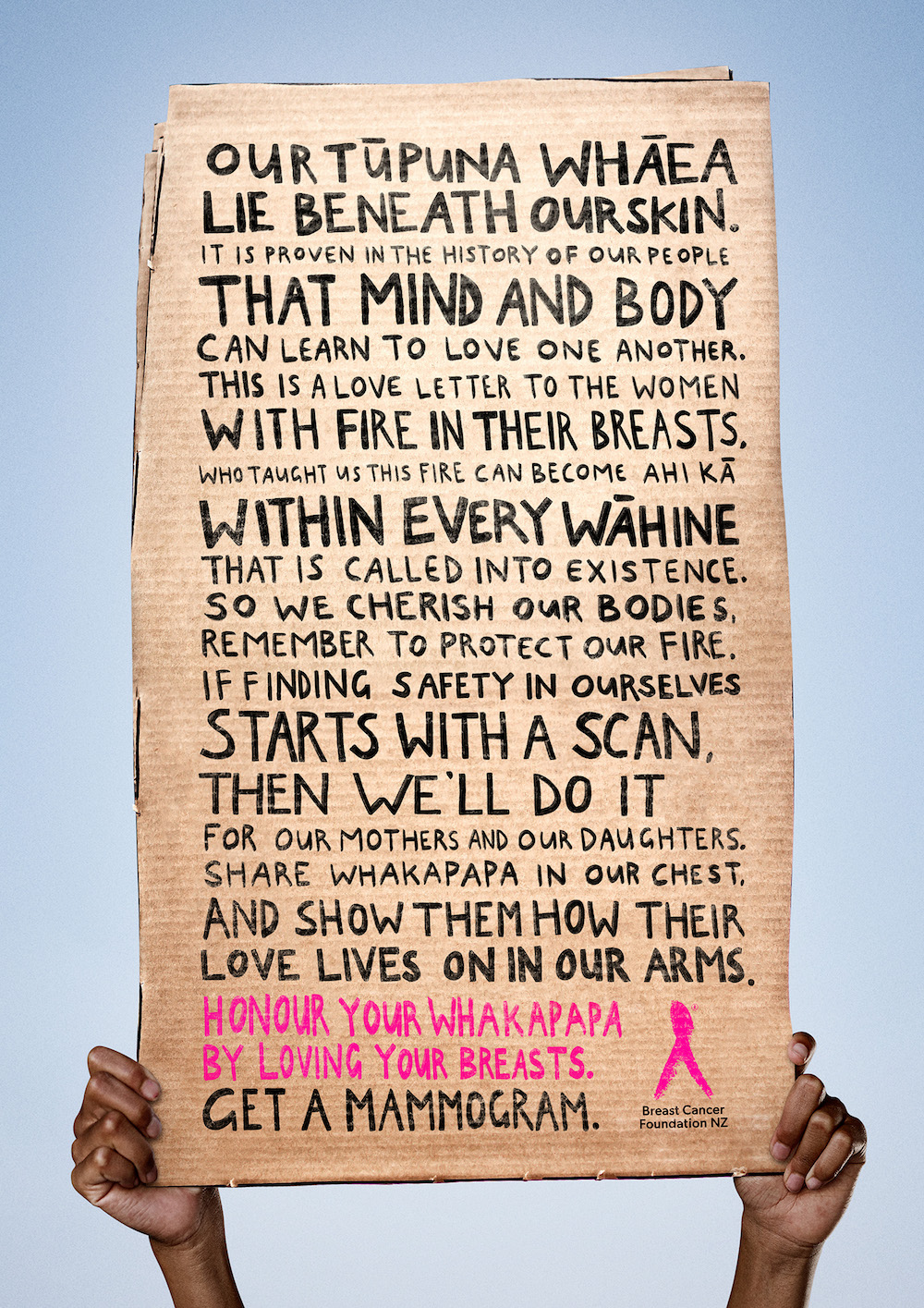