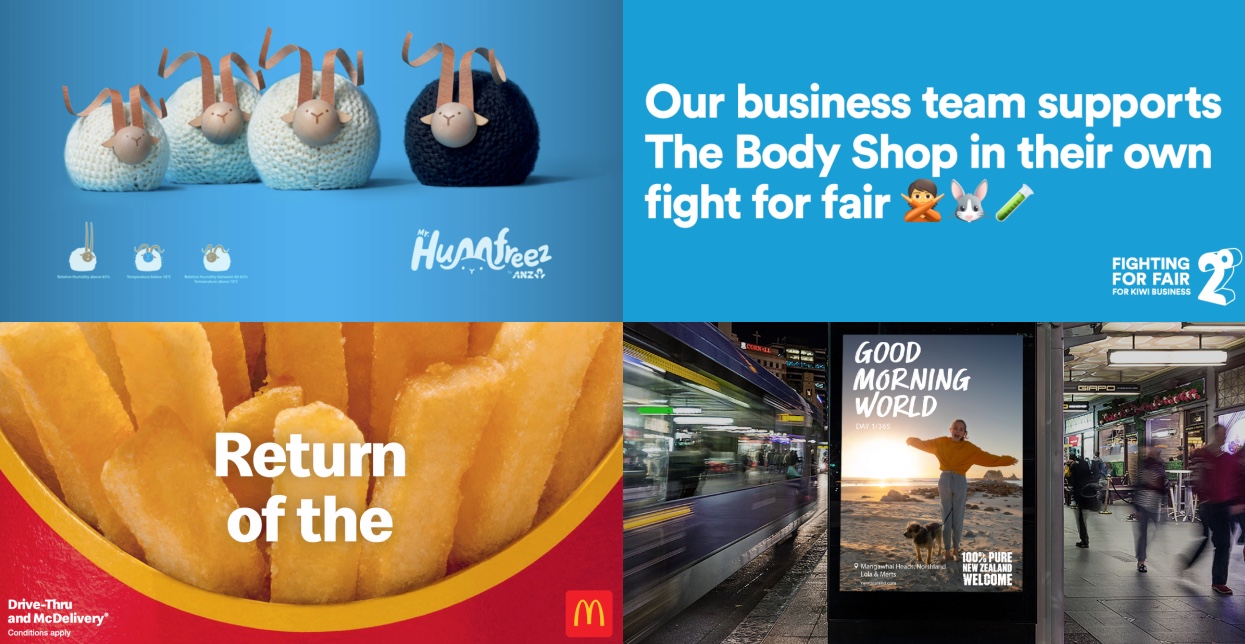 TBWA\New Zealand has been named as a contender twice in Finance for ANZ Bank ‘How a nature-powered Ram led the charge to a market share turnaround’ and 2degrees ‘Fighting our way to our most profitable year ever’. DDB Aotearoa has been recognised in Restaurants for McDonald’s New Zealand ‘Return of the Mac(ca’s)’ and Special Group New Zealand Australia for Tourism New Zealand ‘Good Morning World’ in Transportation.

Says Traci Alford, global CEO of Effie Worldwide: “We are proud to bring you the Global Grand contenders for the inaugural Global Best of the Best Effie Awards, an awards program that unifies our worldwide marketing community around the power of ideas that work. We saw an incredible breadth of work, some emotional, some funny, but all brave and powerfully effective. I believe there is a lot to learn from all 62 Best of the Best contenders.”

Contenders were announced virtually on November 4th by Global Best of the Best co-chairs Carl Johnson, founding partner and executive chairman of Anomaly, and Helen Luan, corporate VP of Tencent.

Winners will be announced at a virtual celebration on November 16th.  More information is available at effie.org and here.