Heineken is launching its ‘Cheers to All’ campaign in New Zealand, which kicks off with a globally created TVC via Publicis Global and locally produced OOH and digital, and will see more locally created social media assets released later this month, developed by Saatchi & Saatchi NZ.

The global campaign centres on the idea that gender stereotypes around drink preferences (such as men only drinking beer and women only drinking cocktails or wine) are outdated. Heineken’s global Cheers to All campaign was awarded first place in the Kantar inaugural Creative Effectiveness Awards based on Link ad testing of 10,000 ads in 2020.

Locally created OOH and digital content is now live, and further social media content will be released later this month that elevates the campaign idea beyond gender stereotypes to celebrate personal preferences and human difference through the lens of introducing non-Heineken drinks into Heineken ads with the line “Cheers to all tastes”. 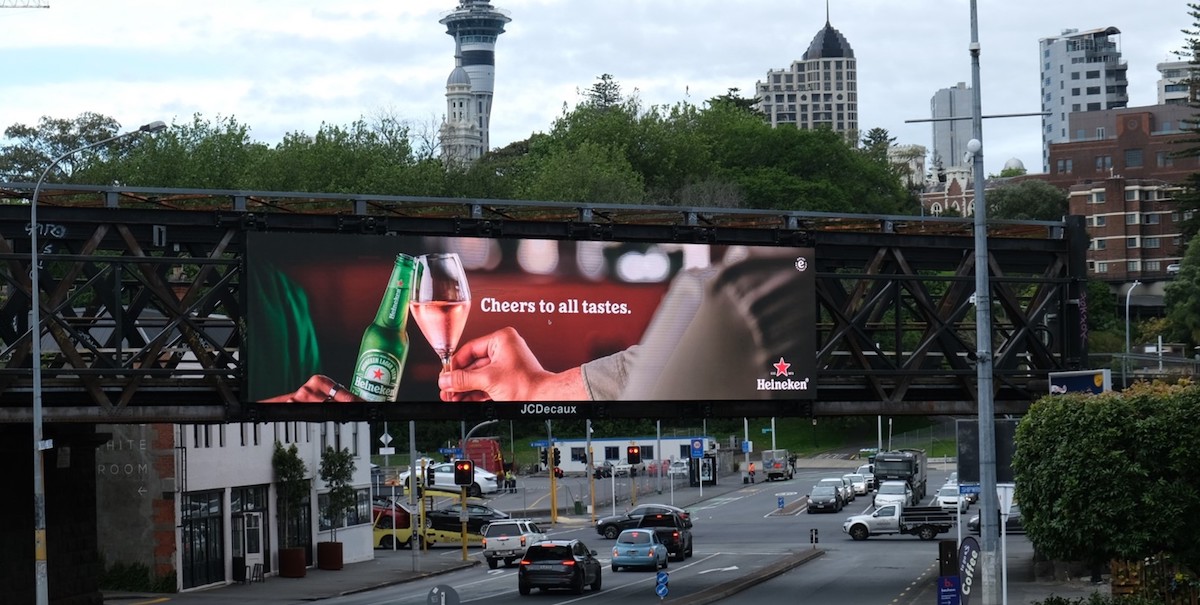 Heineken in the Netherlands will also be running the Kiwi-produced creative later this year.