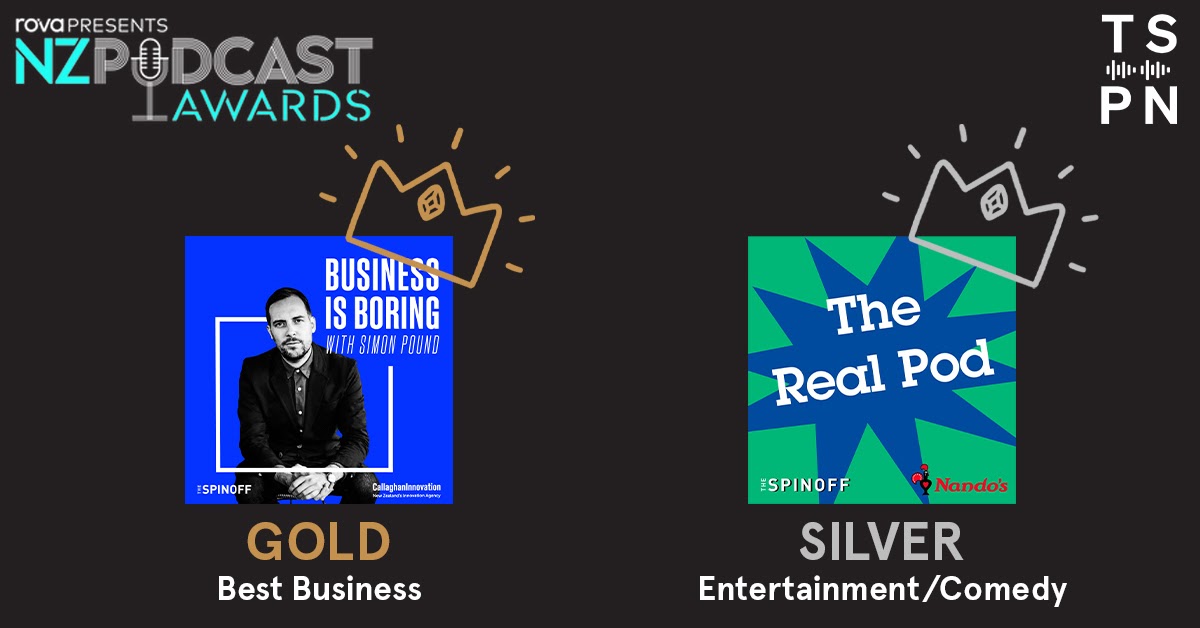 The Spinoff Podcast Network has picked up a pair of wins in the 2021 New Zealand Podcast Awards, with Business is Boring claiming gold in the Best Business Podcast category and The Real Pod taking out silver in Best Entertainment & Comedy.

The judges of the inaugural awards agreed Business is Boring was “anything but”, praising host Simon Pound’s “inspiring stories and angles” in his interviews with a wide range of New Zealand entrepreneurs and business leaders. Started in 2017, the podcast has clocked up over 200 episodes and almost as many guests. It is currently taking a break before returning with a refreshed format in the new year.

Placing second in Entertainment & Comedy between two commercial radio morning shows, The Real Pod was “fun and easy to listen to”, according to the judges who also praised hosts Jane Yee, Alex Casey and Duncan Greive for their rapport and relatability. The Real Pod debuted in 2015 and has gained a loyal audience through its astute recaps of reality TV and hilarious reviews of real life in New Zealand.

The Spinoff Podcast Network is home to a family of titles covering society, te ao Māori, pop culture, food, economics, media, business and more. The network has a loyal and ever-growing audience of discerning listeners who want to be informed and entertained. It is married to the editorial content of The Spinoff while also existing as a provider in its own right for industry leading digital-first audio content, all presented with the unique voice and values of The Spinoff. Year on year The Spinoff Podcast Network has experienced 300% growth in 2021.

Other podcasts on The Spinoff Podcast Network include When the Facts Change, Gone By Lunchtime, The Fold, Remember When…, Breast Assured and the newly launched te ao Māori podcast series Nē?.