To celebrate New Zealand reaching the 80% vaccination milestone, TBWA\NZ together with NZME, The Warehouse Group, 2degrees, Sky City and Goodman Property, have lit up the world’s biggest needle, the iconic Sky Tower with messages of congratulations and encouragement to Kiwis.

The glow up started Friday night with the tower displaying messages of celebration and encouragement to help get New Zealand to the 90% vaccination target.

The idea was initiated by TBWA\NZ and adopted by NZME as part of the New Zealand Herald’s ‘The 90% Project’ – an editorial endeavour aimed at getting 90% of Kiwis vaccinated by Christmas.

Says Michael Boggs, CEO, NZME: “The NZ Herald’s ‘The 90% Project’ has been an incredibly important initiative for all of us at NZME. We have been heartened and energised by the support the initiative has received from right across New Zealand. To have the backing of TBWA\NZ, Sky City, The Warehouse Group, 2degrees and Goodman Property to put the vaccination campaign up in lights this way will give the project another great boost.”

Working with NZ Herald’s data team, preparations for the Sky Tower vaccination messaging began several weeks ago with The nzherald.co.nz scrutinising the data to predict exactly when New Zealand would hit the 80% double vaccine mark.

With messages such as “We’re at the pointy end” and “We’re within arm’s reach”, the tongue in cheek messaging is a nod to the giant needle analogy often used to describe the Sky Tower.

Says Shane Bradnick, chief creative officer, TBWA\NZ: “There’s nothing more important right now than encouraging all Kiwis to get their vaccinations so life can get back to something resembling normal and we can all enjoy a Christmas holiday.

“It started when one of the team noticed the Sky Tower looks like a giant needle and creating an experience around this became one way to do our bit in getting behind New Zealand’s vaccination effort.

“A lot of people have given their time and money to make this happen. Our clients; The Warehouse Group and 2degrees, our staff and partners such as NZME, Sky City and V3, all worked together around their day jobs, so a massive thank you to everyone.”

The New Zealand Herald covered the activation extensively in print and on-line including imagery and video of Sky City’s Sky Tower illumination. 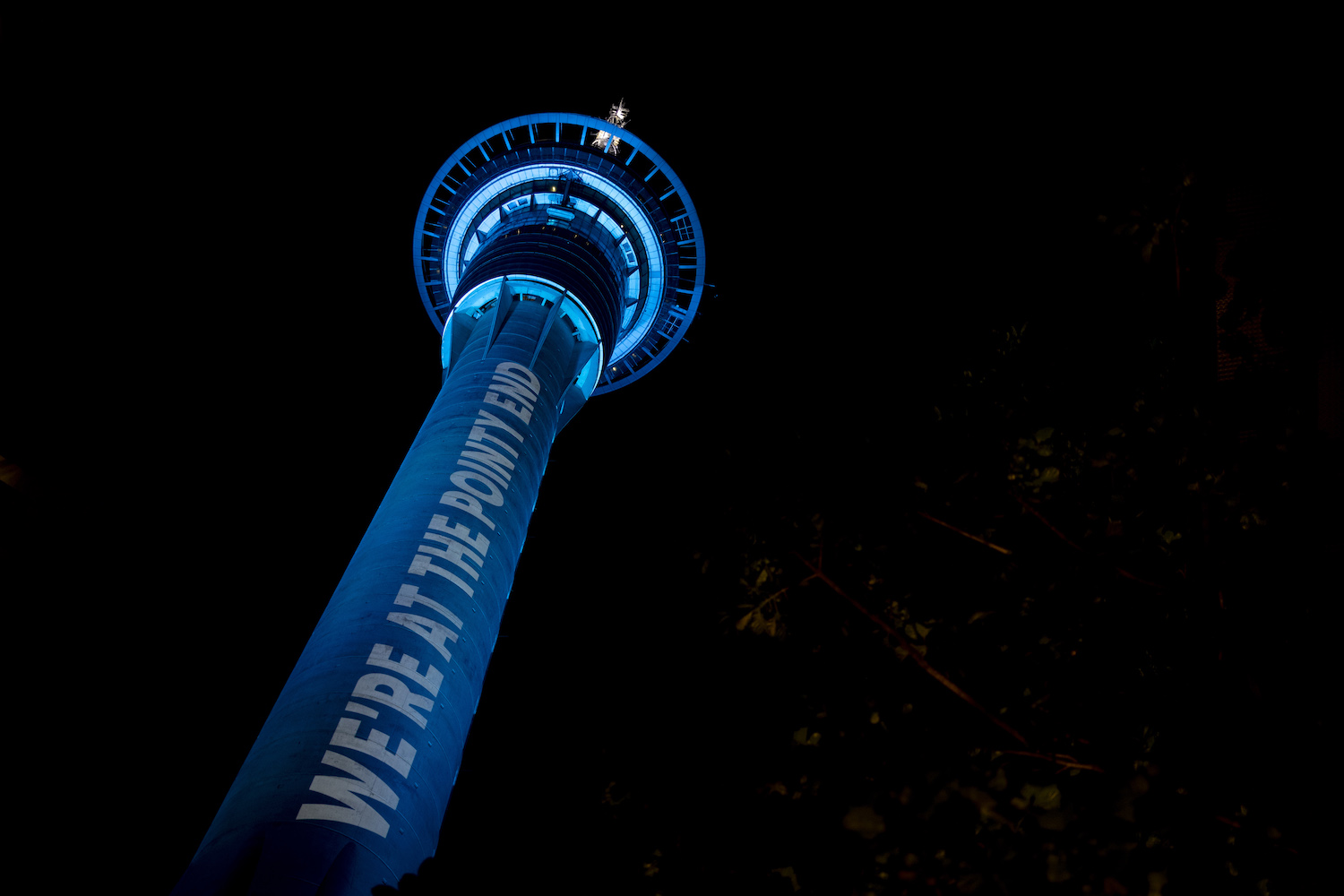