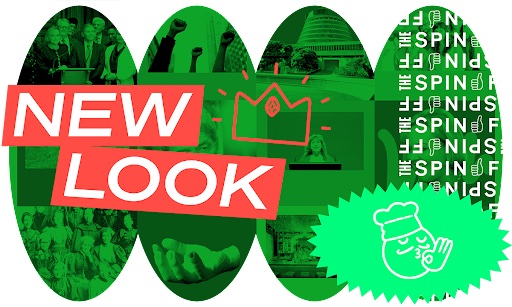 The Spinoff Group has launched a brand new look for its flagship website. Designed by Studio Akin and developed by Translate Digital, the new website is the result of an extensive multidisciplinary project spearheaded by The Spinoff Group’s head of marketing, Elisa Rivera, and creative director, Toby Morris.

The Spinoff’s illustrations and other visuals have been key elements in setting the site apart from other news and media outlets since its launch in 2015. This includes comics, data visualisations, animated science explainers and collaborative work with a wide range of illustrators.

Says Morris: “Today we take the next step with this new design. We want to keep evolving and growing – showing you who we are not just in our stories but in how we present them.

Of the rebrand’s focus on design, Morris adds: “Design sets a tone and sends a message – which at worst can scream ‘we don’t really care’. At The Spinoff, we care. I feel lucky to work somewhere that values the importance of communicating visually.”

The new style aims to reflect The Spinoff’s unique voice.

Says Morris: “The Spinoff is about the mix of high and low, of serious and silly. We run detailed articles by academics about legal ramifications of law changes alongside the funniest, most heartwarming recaps of reality TV. We interview the country’s leaders at the same time as ranking the country’s chip flavours. So, we moved towards colour and personality, an eclectic mix of styles, and the radical idea that maybe every image doesn’t have to be a rectangle.”

In addition to the new website, The Spinoff has been slowly introducing its new logo, which has been seen on web series FIRST, and will be available on new merch soon. Like the new website, the new logo was designed by Studio Akin, with an animated version by Luke Toth.

The Spinoff’s ongoing site development and growth post-launch will be managed by group CTO, Ben Gracewood, alongside its longtime technology partner, Translate Digital.