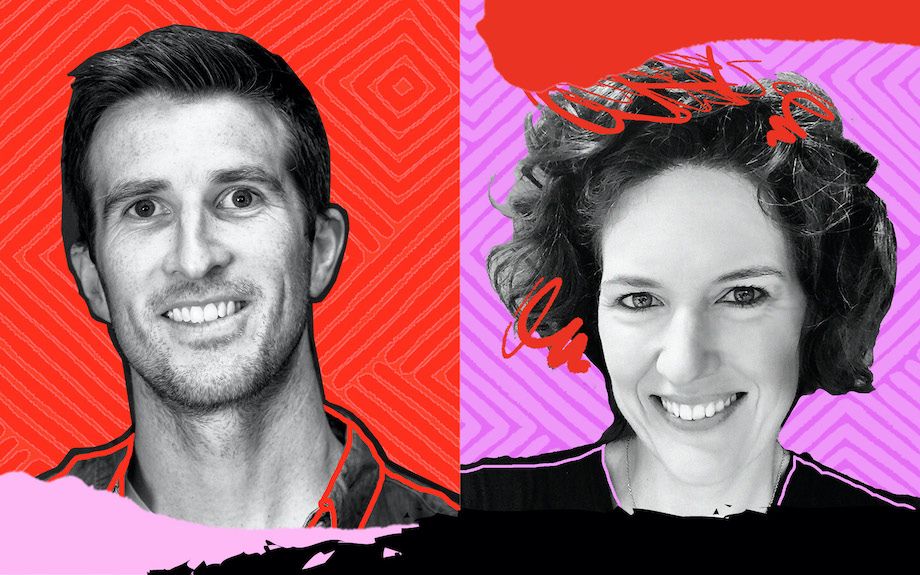 Colenso BBDO has confirmed the new creative leadership of the agency. Simon Vicars will step into the CCO role of the globally renowned creative company and Maria Devereux has been promoted to chief innovation officer to add to her existing ECD title.

Vicars is one of the most recognised Creatives in the world, consistently featuring in the Cannes Lion Top Ten rankings for the past decade. Of the 44 Cannes Lions he won as a Copywriter, almost half are Gold, Grand Prix and Titanium – making him the country’s most awarded Creative ever.

Vicars has worked in New Zealand, Berlin and most recently London – where he was creative director at adam&eveDDB. While there he helped the UK hot shop win Cannes Agency of the Year in 2018, and created the much celebrated ‘Don’t spread the hate’ campaign for Marmite, followed by ‘Marmite Mind Control’. He led work on Virgin Media, Mars Petcare and adidas – resulting in a ground-breaking collaboration between the sports apparel giant and EA Sport.

Prior to joining adam&eve, he spent six years at Colenso BBDO where he created highly effective campaigns like DB Export Brewtroleum, The Pedigree Child Replacement Programme, Samsung’s Smart Phone Line and DB Export’s War on Wine. Starting his career at DDB Auckland, he went on to win Emerging Talent across NZ and Australia, producing much loved work including the now iconic “Get a Perm” ad for Instant Kiwi.

Devereux’s career has also spanned two countries, allowing her to build a body of work steeped in innovation across both Canada and New Zealand. At TAXI Canada, Devereux wrapped a New York water tower in 50km of yarn for D&AD’s call for entries campaign and in her time at Colenso BBDO she’s helped create the Yellow Treehouse, relaunched the State Insurance brand and has been awarded gold or grand prix for her work on NZ Breast Cancer every year for the last 4 years. Her Pedigree SelfieSTIX campaign saw PEDIGREE become the 3rd most globally awarded brand and Colenso become a global innovation hub for MARS, working across multiple brands and markets. The hub recently launched MyHooman, a tech startup designed to help every dog find their forever hooman, and DentaStix Studios which will be rolling out around the world in 2022.

In 2019 Devereux was named in Adweek’s Creative 100 and in 2020 she was recognized at Campaign Asia’s Women Leading Change Awards. She’s a passionate member of the Mentally Healthy Change Group and is currently working to develop a mentor based leadership program designed to create new pathways into our industry.

Says Angela Watson, managing director, Colenso BBDO: “Simon and Maria are homegrown world- class talent who spent formative years at Colenso, headed off overseas to gain international experience and recognition, before returning home to us. From DB Export Brewtroleum to Pedigree SelfieSTIX, their track-records for creative and effective work are seriously impressive. They both embody the unique creative spirit of Colenso and have that brilliant and rare mix of extreme talent and wonderful humanity. We’re excited about what’s coming and the epic things we’re going to do together.”

Says Vicars: “Leading Colenso comes with a legacy to live up to. Maria and I look forward to partnering closely with our clients, and getting on with it.”