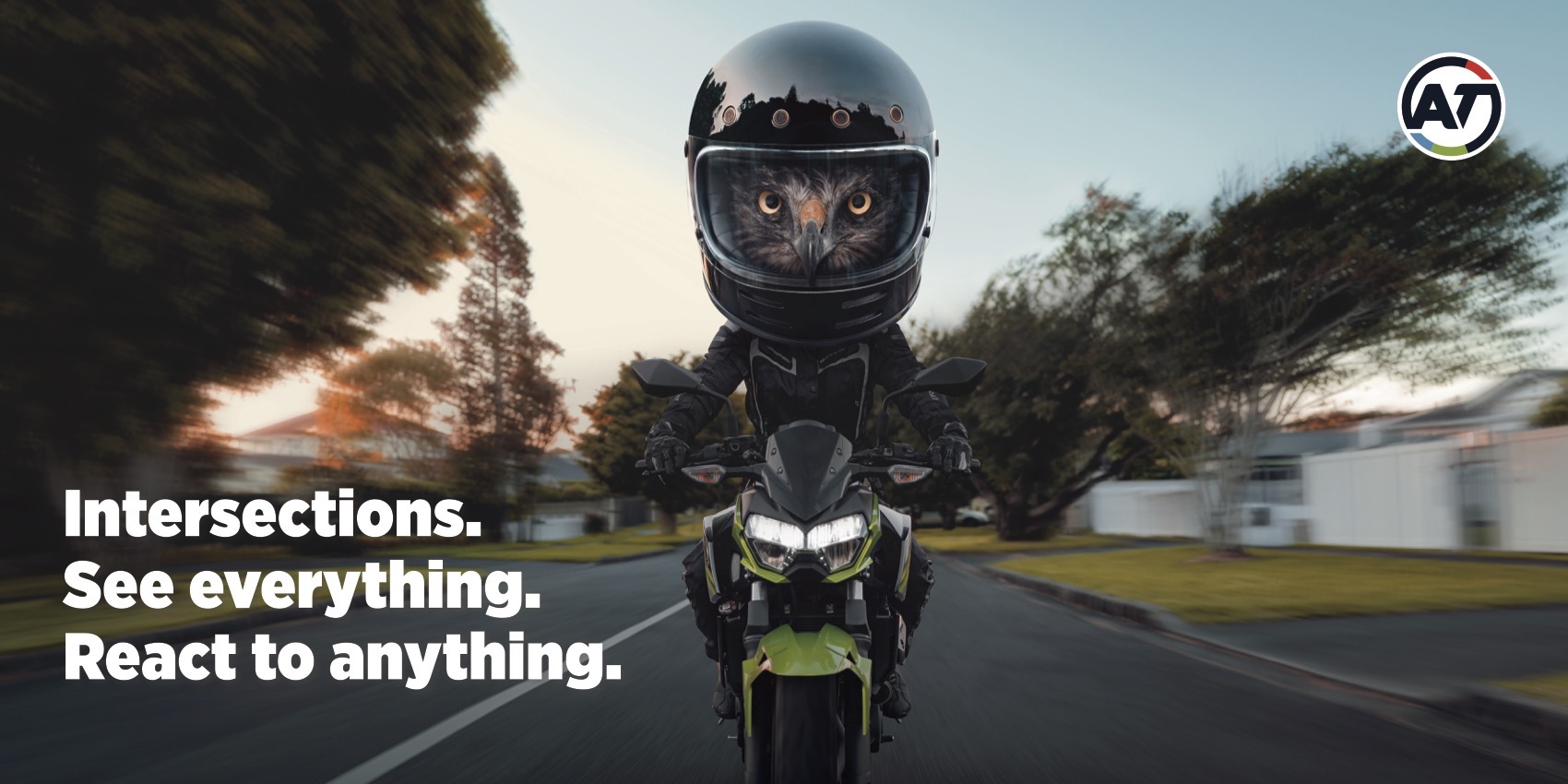 This week Auckland Transport has launched a new integrated and targeted campaign via FEDERATION.

Nearly half of all motorcycle crashes in Tamaki Makaurau take place at urban intersections. The most common crash factors are poor observation and failure to give way or stop, and too often result in death or serious injury.

Says Mark Sharman, senior marketing and communications specialist for Auckland Transport (AT): “With a Vision Zero goal that identifies one death on our roads is one too many, AT worked with FEDERATION to create a disruptive behaviour-change campaign aimed squarely at reducing motorcycle crashes at intersections. Our research identified that if riders knew how to maximise their vision on the road, they could spot dangers earlier, and crucially, avoid them altogether.”

Says Tony Clewett, chief creative officer for FEDERATION: “This was one of those rare briefs that saves lives. So we talked directly with a leading motorcycle safety expert too, someone who trains other riders and knows their blind spots, to gain personal insight into the dangers of the road for motorcyclists.

“Talking to an expert got us up close to the problem and reinforced how we could create positive change in the way that motorcyclists approach intersections. We learned that a good, safe rider can avoid accidents at intersections, even when others are in the wrong.”

The result is a campaign that uses disruptive visual metaphors and messaging, reframing how motorcyclists need to ride. We replaced the riders with native birds known for their exceptional vision and hypervigilance, the Ruru and the Karearea, and hit the message home with the clear message, “Intersections. See everything. React to anything”. 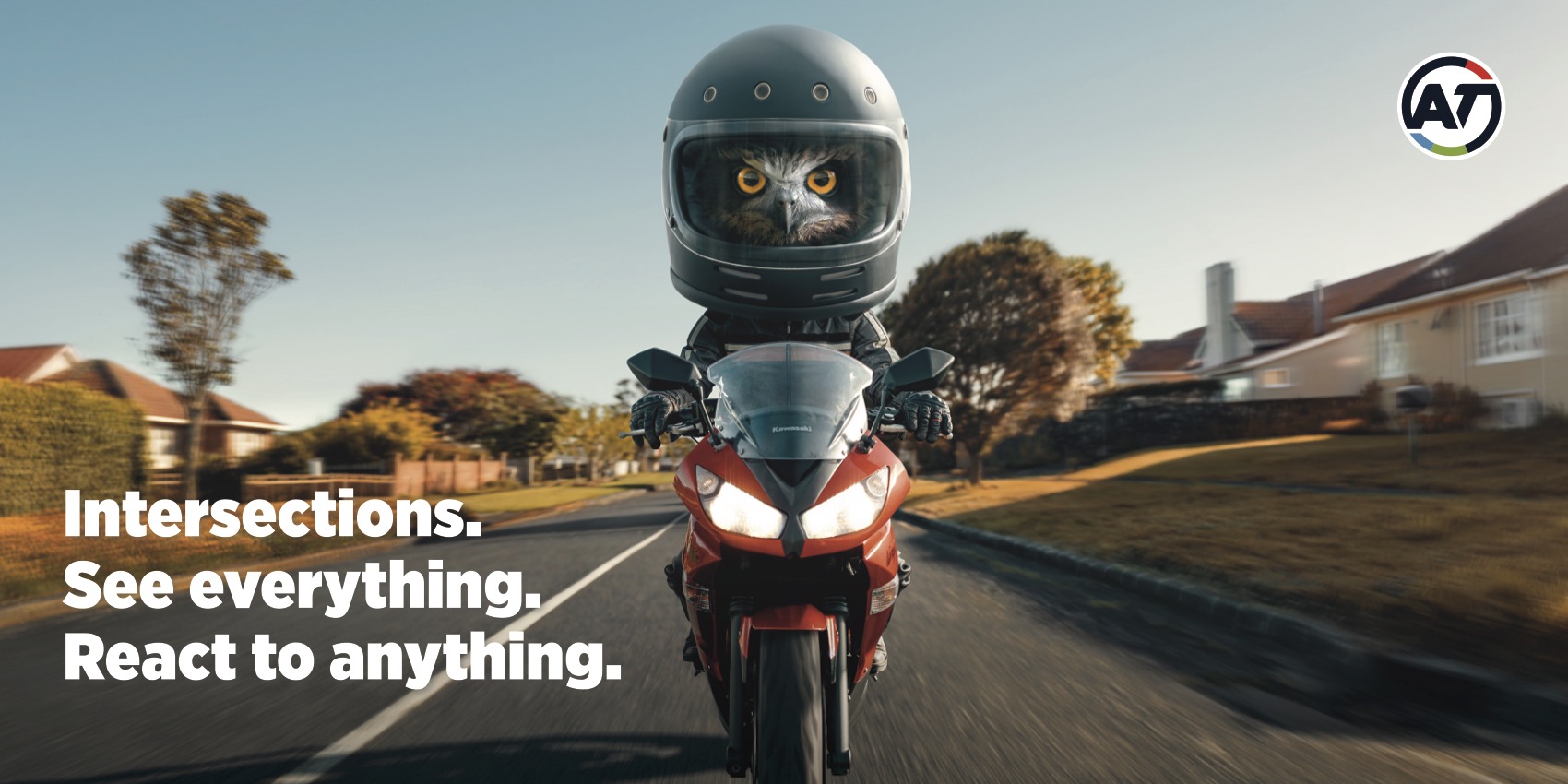 Clewett adds that “Cars were the other side of the intersection problem. We discovered that ‘The Looming Effect’ is one of the core reasons drivers and motorcyclists collide at intersections. It’s an optical illusion that means drivers underestimate both the motorcyclists’ distance and speed, and don’t see them until it’s too late. So, we created a 30” spot for drivers that brought to the ‘Looming’ effect to life with the effect of a hummingbird flying straight at you, catching you by surprise.”

Auckland is a Vision Zero region, meaning Auckland Transport is committed to a goal of no deaths or serious injuries on Tamaki Makaurau roads by 2050.