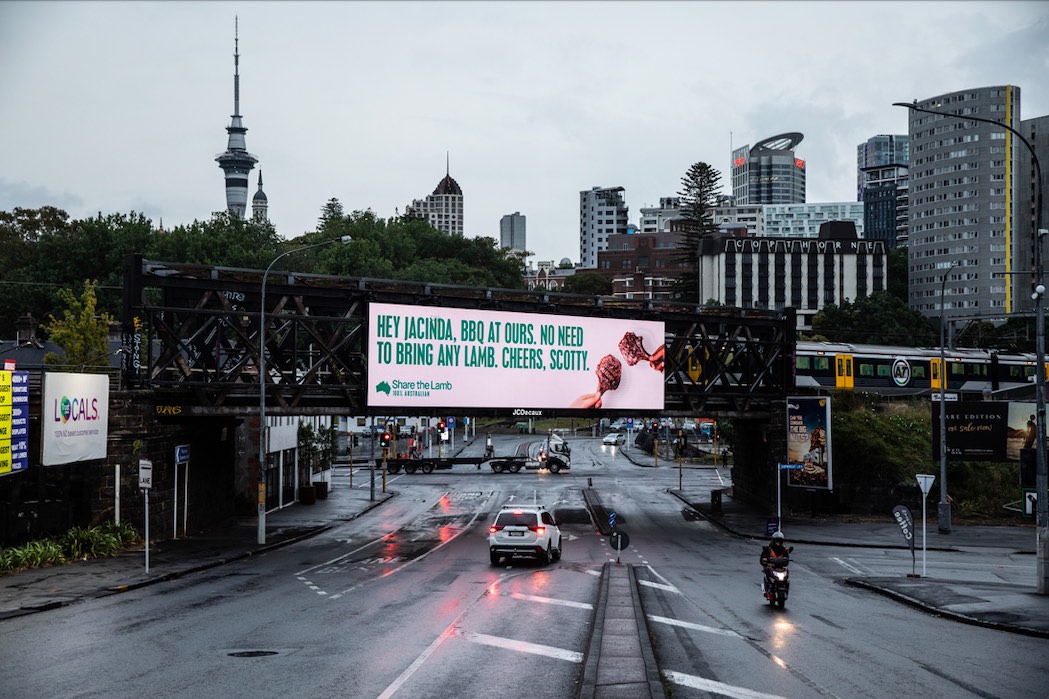 Following the launch of the annual Australian Lamb summer ad, The Lost Country of the Pacific, Aussie Lamb is back to remind the world why Australia, and its delicious lamb, should not be forgotten, in a new international billboard campaign ‘Letters to Leaders’, developed by The Monkeys, part of Accenture Interactive.

The campaign invites leaders around the world, to head back down under for a lamb barbie. The series of humorous messages have launched in major cities around the world and will be in London, New York, Paris, Auckland and Perth until Sunday 30 January.

In New Zealand, the message, ‘Hey Jacinda, BBQ at ours. No need to bring any lamb’, is a gentle reminder to our friends over the ditch where the best lamb really comes from. Closer to home, the Perth message comments on the ongoing isolation from our state neighbours, ‘Hey Mark, come visit Australia some time. We’ll fire up the barbie’.

Tapping into topical events and light-hearted rivalries, the UK billboard takes a subtle dig at the recent cricket score, ‘Hi England, cooking lamb over some ashes if you’re keen?’.

Invites to other world leaders are hoping to crack a smile, with the US message, ‘Hey Joe, BBQ at my place. Love, that ‘fella Down Under’.’, whilst in France the billboard reads, ‘G’day Manny, Let’s forget the past. BBQ at my place? Kisses, Scotty’.

Says Graeme Yardy, domestic market manager at MLA: “Now international borders (and nearly all of our state borders) are starting to open up, we wanted to get our Aussie Lamb message of unity out a bit wider this summer. We hope our Letters to Leaders give people a laugh, but also serve as a reminder that Australia is home to the most delicious lamb.”

Look out for the Australian Lamb Letters to Leaders billboards from now until Sunday 30 January 2022 in London (UK), New York (USA), Paris (France), Auckland (New Zealand) and Perth (Australia). To find out more about the campaign head to http://www.australianlamb.com.au/. 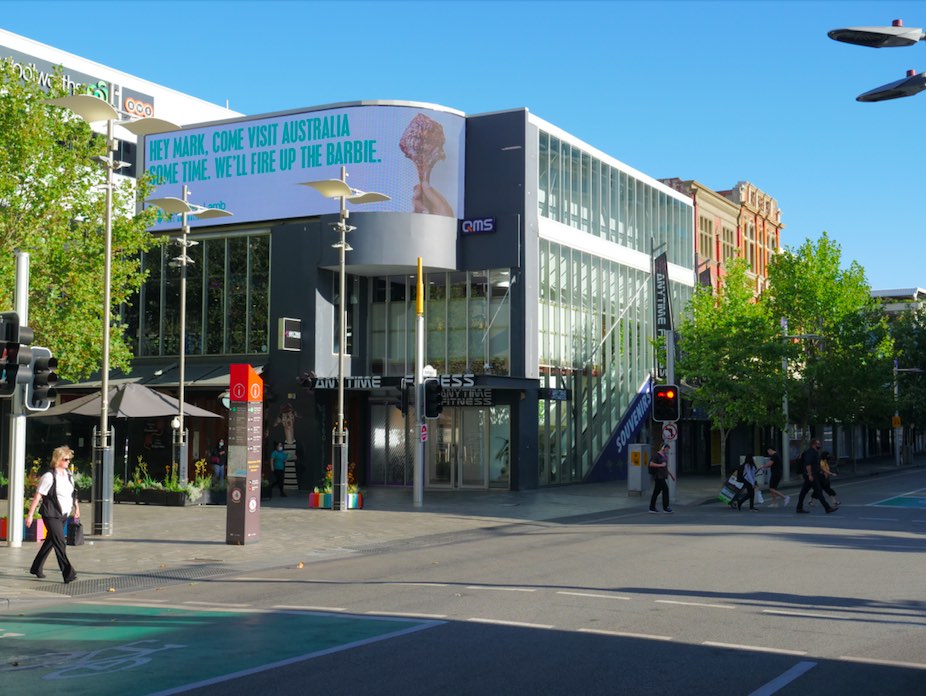