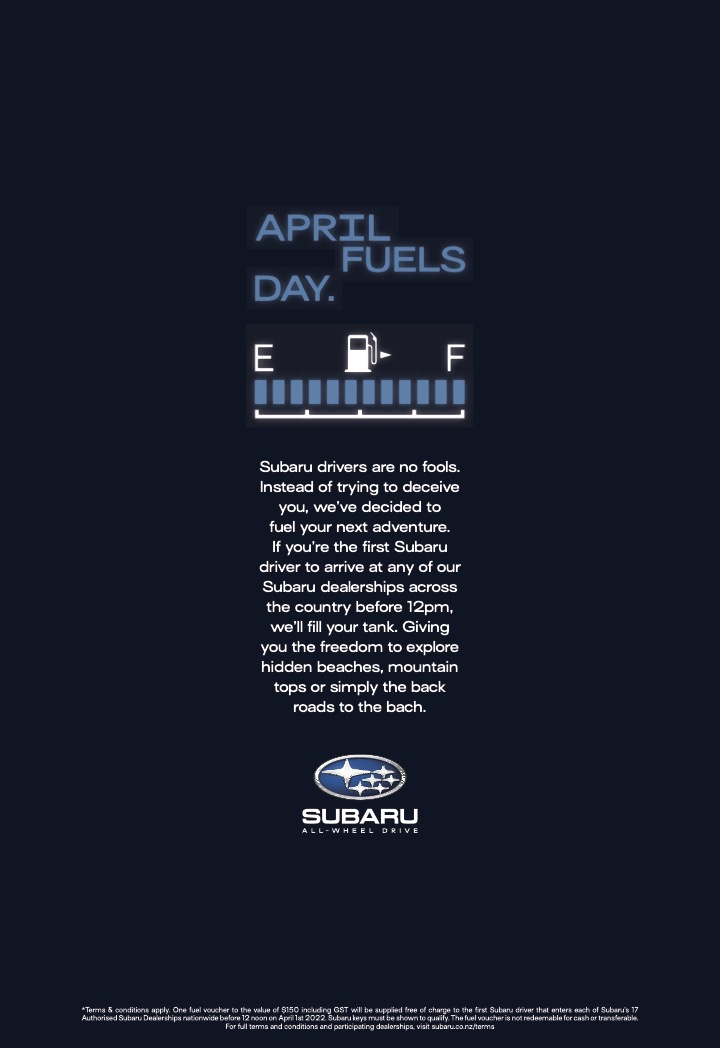 On the 1st of April, dentsu Aotearoa and Subaru weren’t fooling anyone. Instead, they gave back to loyal Subaru drivers across New Zealand with a genuine offer to fuel their next adventure. Subaru drivers were targeted online, social and in press and invited to be the first to visit an authorised dealership to receive a full tank of fuel on the morning of April Fool’s Day.

Says Daile Stephens, national marketing manager, Subaru New Zealand: “Subaru drivers are pretty straight-shooters, and they’re certainly no fools. So rather than try to trick anyone with a hoax or a gag, we wanted to simply give them the chance to have their fuel tank filled on us. Following the pressures of the pandemic and the increases in cost of living, including fuel, we just wanted to make some of our drivers have a better day and a better week.”

The offer was well received with keen, loyal Subaru drivers turning up to dealerships around the country, seeking to be the first there to redeem the offer.

The first customer to win was at Southern Motor Group in Dunedin. He saw the advert as he came off his night shift and drove straight there to claim it. In East Auckland the winner saw the ad on Instagram, hopped out of bed and was waiting for the sales manager as he arrived to open the dealership. In Taranaki, competition was strong with several people arriving within minutes of each other. And one keen Subaru owner took to the street on foot and ran to their local dealership to claim the prize.

Says Wallis Dumper, managing director, Subaru New Zealand: “We’re moving towards a more sustainable future here in New Zealand, with the introduction of Hybrids several years ago, and with the impending All Wheel Drive electric Subaru Solterra not too far from our shores. But to help our customers with their current reality as we go through that transition, we were excited to go to market with this promotion with our partner agency dentsu. Feedback from customers and our Subaru Centre teams nationwide has been positive.” 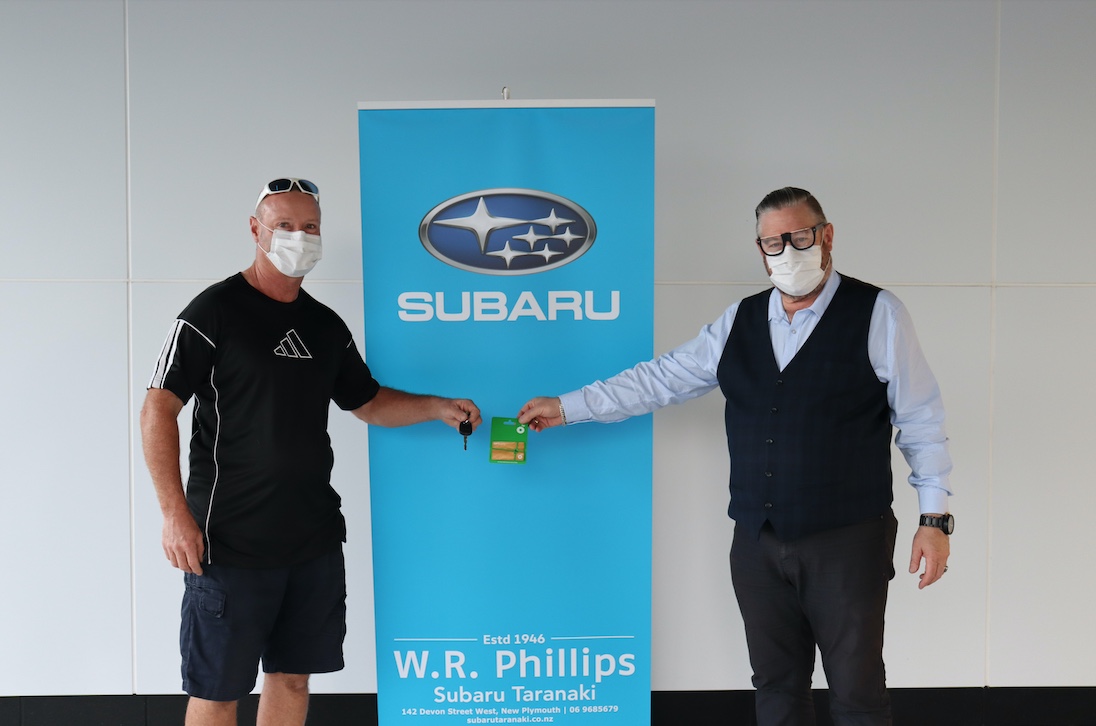 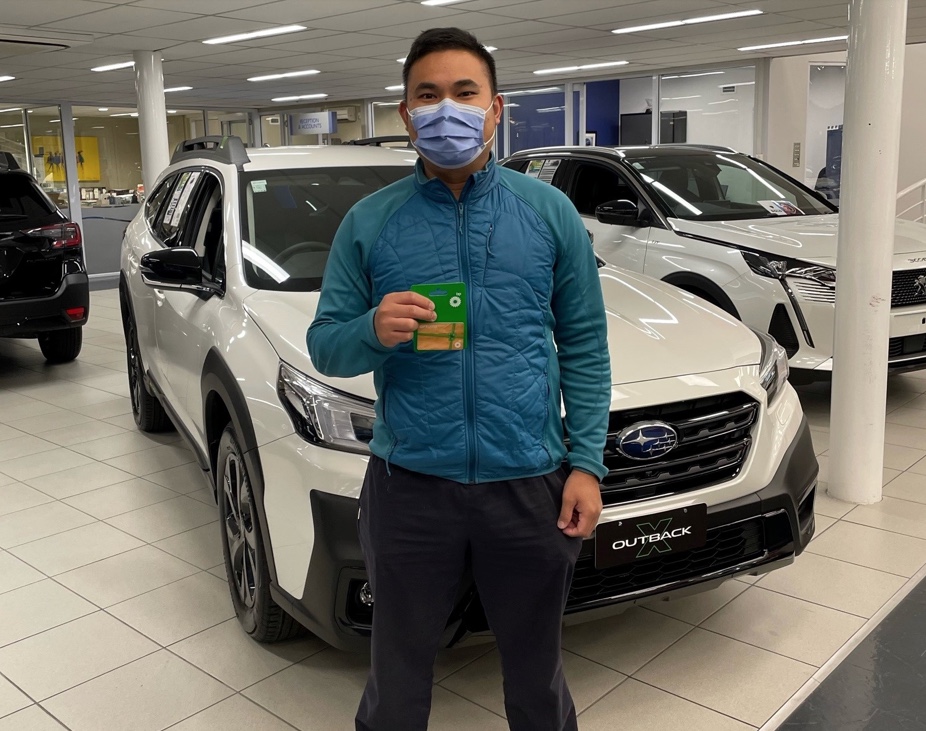