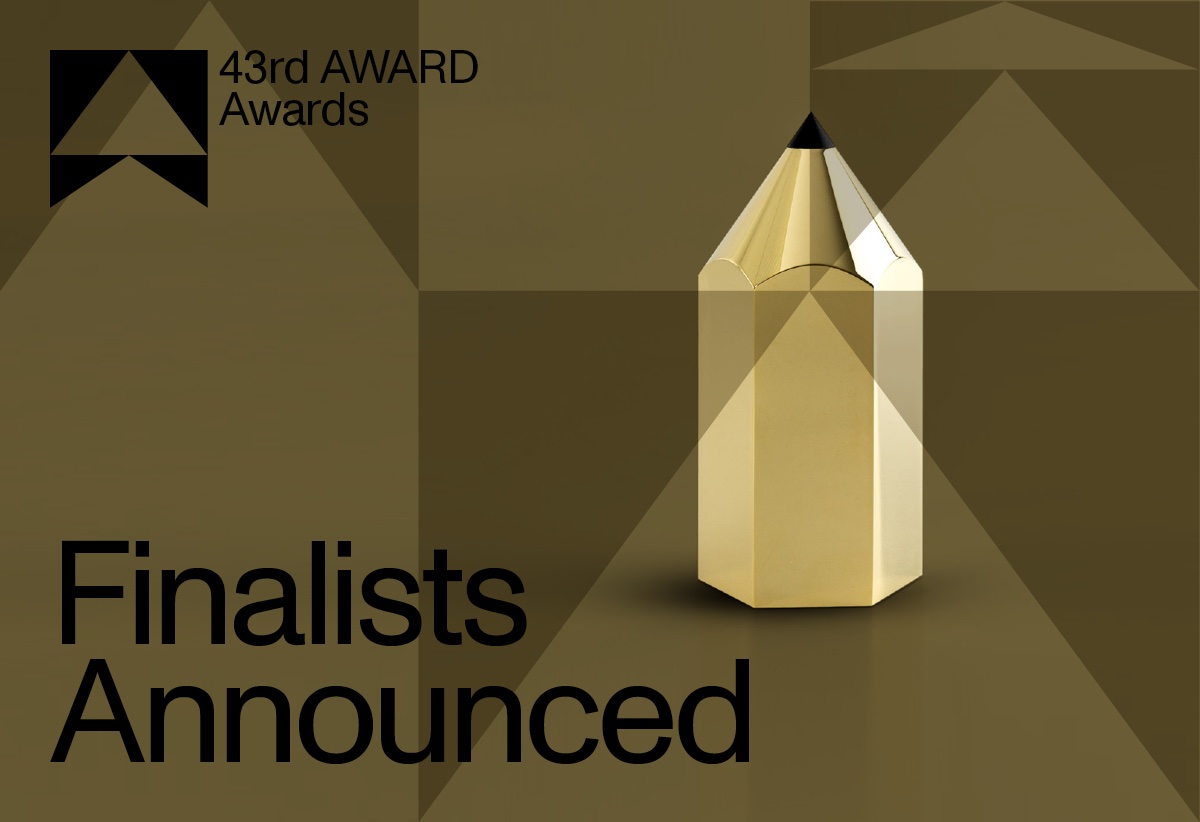 Finalists for the 43rd AWARD Awards have been announced today.

A full list of finalists can be accessed here.

By category, agencies with the most finalists include:

Craft – FINCH with 32; DIVISION with 16; Good Oil with 11; DDB Sydney and Revolver with 7; Bear Meets Eagle on Fire, CHEP Network, Rumble Studios, Sonar Music, The Monkeys Australia with 6; Rabbit and The Editors with 5; and ARC EDIT, Eight, Howatson+Company, Scoundrel with 4 and Film Construction with 3.

The AWARD Awards ceremony will take place virtually via a live-stream on Friday 20 May 2022 3pm (AEST). Register to stream it here.

From 16-18 August, AWARD will also host ‘This Way Up’: Australia’s Advertising Festival of Creativity – a three-day feast of events in Sydney that will celebrate the very best in creative thinking in Australia and around the world. An in-person cocktail function will be held as part of the festival to celebrate this year’s AWARD Award winners. The Special Awards categories will also be announced at the festival, with more detail announced in coming weeks.

Chairs for the AWARD Awards juries are:

AWARD thanks all judges for their time and dedication to the awards. A full list of judges can be found here. We would also like to thank our sponsor Google.