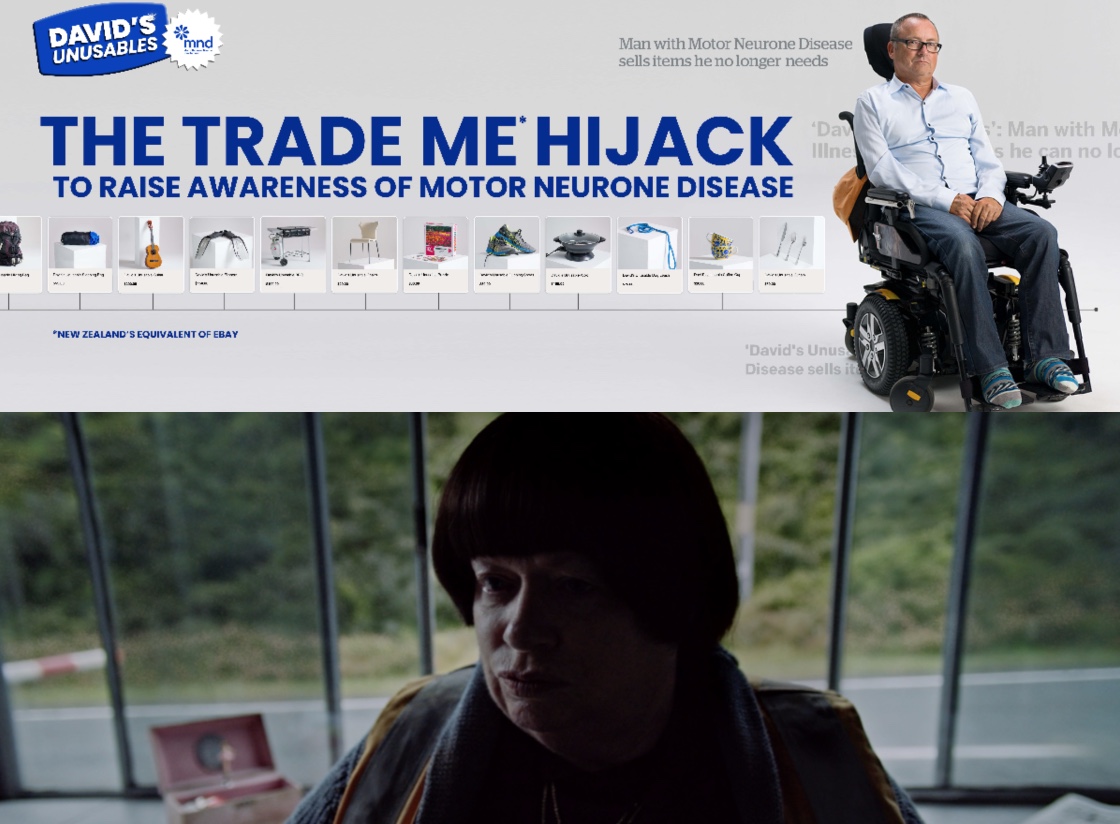 Special and FCB New Zealand have both scored one Gold Pencil each in The One Show 2022.

Special has picked up a Gold Pencil, working with The Post Office Auckland for “David’s Unusables” on behalf of Motor Neurone Disease New Zealand (MND NZ) in Pharma, Direct Marketing. The agency also won a Silver, a Bronze and a Merit for the work.

FCB New Zealand with 3&7 Los Angeles has been awarded a Gold, a Bronze and three Merits for Waka Kotahi “Toll Booth”.

The One Show 2022 Pencil winners for the country are as follows:

Globally, Leo Burnett Chicago was the top-scoring Gold Pencil winner with 20 Golds, all for “The Lost Class” on behalf of Change the Ref.

Dentsu Webchutney Bengaluru won seven Gold Pencils, all for VICE World News “The Unfiltered History Tour”.  Also with seven Golds was TBWA\Paris Boulogne-Billancourt, including five working with \Else Boulogne-Bilancourtfor for “Only Keep the Best of France” on behalf of Le Chocolat des Français.

Special Awards winners will be announced at The One Show 2022 in-person ceremony in New York on May 20, including Best of Show, Best of Disciplines, CMO Pencil, Fusion Pencil, Green Pencil, Penta Pencil, Sustainable Development Goals Pencil, and “of the Year” winners.

The One Show 20221 Global, Regional and Country Creative Rankings will be announced on May 23.

The showcase of all One Show 2022 Pencil and Merit winners can be viewed here.