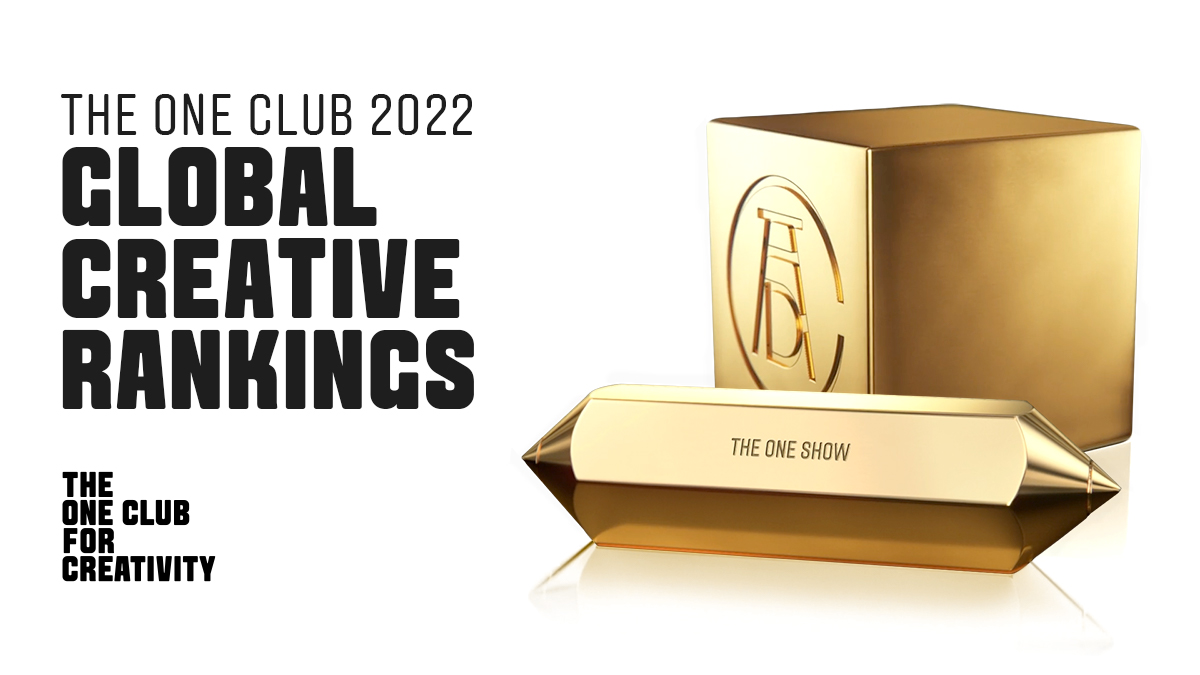 Strong performances by Leo Burnett Chicago and The New York Times Magazine landed them in top spots in the Global Creative Rankings 2022, which incorporates results from both The One Show 2022 and ADC 101st Annual Awards announced last week. Special NZ has ranked 7th Independent Agency in the world and 27th Agency in the world.

The Post Office Auckland has ranked in at #14 in the Production Company global rankings.

This benchmark creative ranking from The One Club for Creativity is determined by the cumulative point totals of eligible One Show Pencils, ADC Cubes, Merits, and Special Awards this year.

Says Kevin Swanepoel, CEO, The One Club for Creativity: “Based on results of two of the world’s largest and most prestigious global awards programs, the Global Creative Rankings is the definitive measure for global creative excellence.”

Highlights of the combined Global Creative Rankings are as follows (click link for each category to view the full list).

1. “The Lost Class” by Leo Burnett Chicago for Change the Ref

5. “DojaCode” by Mojo Supermarket New York for Girls Who Code

The Global Creatives Rankings for individuals, listed at the agencies where they worked when the winning entries were produced, are as follows.

Global CMO of the Year:

Global CCO of the Year:

Global ECD of the Year:

Global GCD of the Year (tie):

Global Creative Director of the Year:

Global Copywriter of the Year:

Global Designer of the Year (tie):

Global Director of the Year:

Global Illustrator of the Year:

Global Photographer of the Year:

Global Typographer of the Year:

Eve Steben, This Is Studio London

Global Freelancer of the Year:

Rankings in each category are calculated by the company that garners the most points overall for winning entries based on One Show Pencils, ADC Cubes, Merits, and Special Awards, allocated as follows: Gold 15 points, Silver 7, Bronze 3, Merit 1, Fusion, SDG, CMO, and Green Pencil 30 each, Designism Cube 45, Best of Discipline 45, Penta Pencil 50, and Best of Show 90.

The One Club awards shows each have their distinct focus. The One Show judges focus on creativity of ideas and quality of execution, while juries for the ADC Annual Awards maintain their long-running concentration as the champion for craft, design and innovation.

The One Club for Creativity, producer of The One Show, ADC Annual Awards, Type Directors Club Communication Design and Typeface Design awards, Young Guns and Creative Week, is the world’s foremost non-profit organization whose mission is to support and celebrate the global creative community.  The One Show is a top global awards show for advertising, design and digital marketing, focusing on the creativity of ideas and quality of execution.  Established in 1921, the global ADC Annual Awards are the world’s longest continuously running creative award for advertising and design, honoring excellence in craft, design and innovation.  Creative Week takes place in May, and is the preeminent festival celebrating the intersection of advertising and the arts.