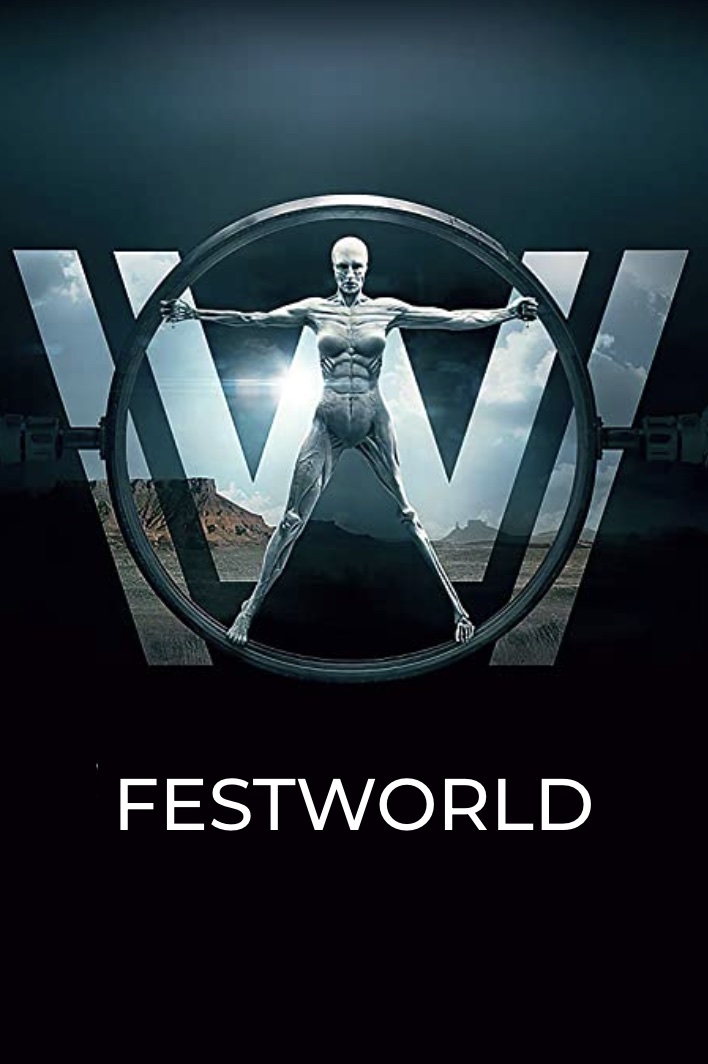 I’ve always been slightly suspicious of the word ‘Metaverse.’ As far as I can tell it basically means a world where you do everything you do in real life only you look like an Owl. But hey, I’ve managed to snag an official Cannes VR headset and virtual registration so fuck it. Apparently this virtual experience completely replicates the Cannes experience so in I go.

7:45. I’ve entered some sort of avatar selection. The top tier characters are reserved for speakers and people who’ve sold agencies to vast global consultancies. They have angel wings and glow. I scroll down. For $200 I can choose between ‘Attractive Brazilian Art Director’, ‘Middle-aged British Planner with optional pink cardigan around neck,’ ‘French coke dealer’ or ‘Chinese client.’ I can’t afford any of these so I’m in a free section sponsored by Getty Images. It’s a toss up between ’Freckled Ginger haired girl staring optimistically into the future’ or ‘Businessman in suit running through sports finish line.’ As I don’t fancy walking around Le Croisette looking like every bank ad since 2004, I choose the businessman. After pressing ‘confirm’ I’m falling through clouds. I can see the sparkling Mediterranean before dropping through the roof of a taxi and into the back seat. 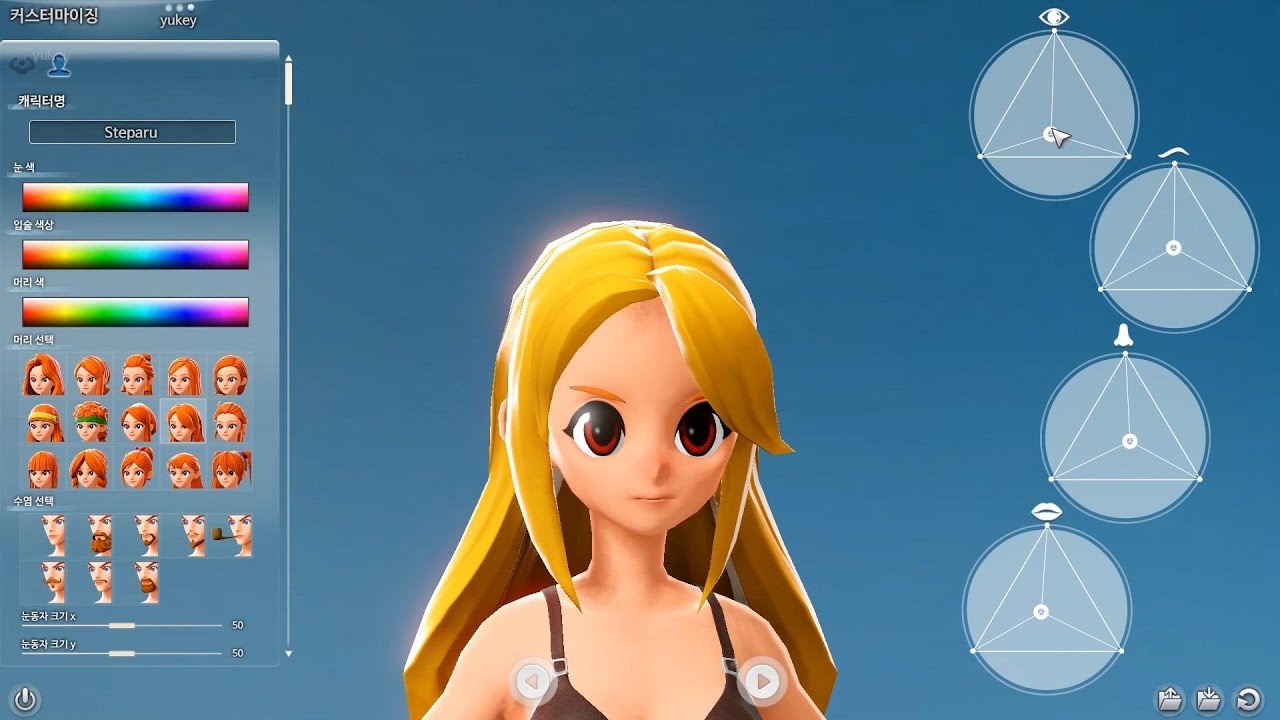 08:10. A little sign informs me that the French taxi driver’s AI can understand basic speech patterns but just shrugs his shoulders when I speak into the mic. It’s all pretty realistic so far. As I enter the virtual town, I see the first banners by the big tech companies. ‘We see you. We hear you. We own you’ is a pretty bold headline. I miss who it’s for. I assume it’s Facebook.

09:36. I’ve been dropped at the entrance to the Carlton. I can see hundreds of Avatars on the terrace gliding around. Most of them have the angel wings and hold massive virtual bottles of Rosé. Apparently the Cannes Metaverse precisely simulates the effects of all substances ingested. I look forward to checking back later when they’re all hammered – but only from the street as I can’t afford the Carlton experience package.

09:40. I’m in the Bored Ape Yacht Club Tower. This is the budget accommodation. It has a virtual bed, TV and working virtual toilet. I give it a go. You can choose between regular wee, chunky banana smoothie or ‘rainbow stream’ which is quite fun.

10:28. The Palais is filled with chatty avatars waiting for the first speakers. David Droga walks on and immediately glitches through the stage, so the interviewer asks questions to the top of Droga’s head as he audibly screams for his ‘tech minion.’

11:24. The first Lions have been announced. ‘Make Woman Strong Project’ from TicTac is a big winner. ‘Refugee bottle of tears’ from Evian has picked up. So has ‘The Climate Change Toaster’ – but everyone’s pretty sure it’s a one-off prototype. This year, Cannes aren’t giving away traditional Lions. Instead, for each one you win, your Avatar gains a mini animated Lion that scampers after you wherever you go. This has led to the bronze winners predominantly staying in their hotels as the bronze Lions have visible skin issues and have a defined limp whilst the gold ones do little sexy dances on the hour. It also means that those who’ve entered their stuff into multiple categories could be followed by a gigantic pride of the things. I’ve also heard that they’re sentient. Whatever that means.

6:28. The Campaign Brief drinks are marred by some of the Lions fighting and sadly, Clemenger lose two silvers to a vast, muscular gold one that was won earlier by Special. Matt Eastwood arrives and floats over the party like an etherial Gabriel before flapping his mighty wings and drifting towards the marina where presumably the occupants of a vast super-yacht in the marina we can’t get into await his sage council.

8:55. I’m seeing double which either means the virtual rosé is working or my headset is too tight and squeezing my eyeballs.

10:27. By leaping from the roof of Bored Ape Tower I’ve worked out that I can float down into the Carlton Terrace without the Cannes AI security sentinels spotting me. I smash into the buffet and fall over some chairs, colliding with a Unilever Client whose avatar is is a can of Lynx body spray with a face and spindly arms and legs. He sprays me angrily with a jet of ‘Africa’ which only adds to my vision issues. There are Lions fucking everywhere. 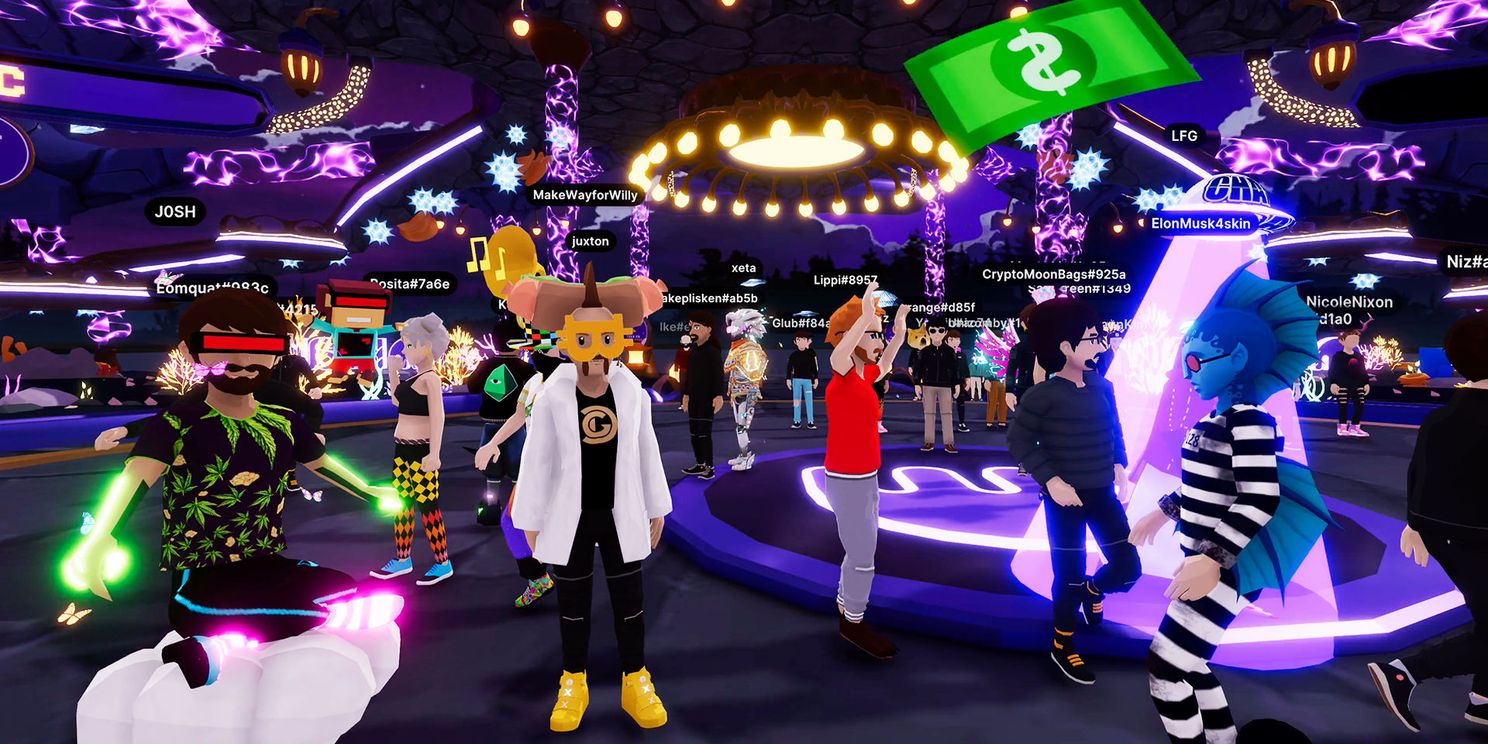 10:38. I order a round of drinks and in the real world hear my mobile ping with a bank transaction. As I cannot believe that Cannes would charge me real money for a digital representation of a cheap bottle of digital rosé marked up to two hundred and fifty Euros, I ignore it. I will deeply regret this later.

11:20. The guys who did the latest Chupa Chups posters walk in to rapturous applause followed by a golden carpet of virtual lions. Good on them. In an age where it’s impossible to make a full page colour ad for a major telco, they’ve managed to sell multiple campaigns for the world’s most famous and completely competition-less sweet brand every single year. They’re hoisted on virtual shoulders and carried in the direction of the toilets.

12:45. Another round. I wait in a vast queue as the virtual waiters politely serve drinks as delegates throw virtual peanuts at them and jump up and down on the bar. An avatar named ‘viking4476’ attempts to break through it with a virtual chair, safe in the knowledge that he’s completely anonymous as opposed to being a mild-mannered Group Account Director from Sweden.

06:22. There’s a loud whirr as the Cannes headset squeezes my head dramatically and violently until my head starts to throb. This is presumably the ‘hangover simulator’ that they were banging on about in the instructions that I glanced over.

09:17. More talks in the vast, virtual Palais Du Festival. An excited avatar whizzes around the stage but his home internet is shit so all we hear are occasional words like ‘mindset’, ‘drill down’ and ‘transparency’ before he presses the wrong button. As he’s dragged off the stage he screams ‘paradigm’ whilst leaving a multicoloured trail of rainbow piss.

1:45. More Cannes Finalists announced on the gigantic floating screen above the ocean. ‘Last Tiger Toothbrush’ has made it, so has ‘The innocence umbrella’ and the crowd favourite ‘Eternal sadness dolphin project NFT collection.’

3:51. Everyone’s Lions have vanished. It’s presumably a glitch but it means the bronze winners can reemerge until they come back.

4:25. The waiters have disappeared too. This has led to carnage on the Carlton Terrace, which has now been reduced to pixels. The angry mob make their way to Twitter Beach to see if they can break the sea.

05:20. I’ve been hiding in my room for hours now. The virtual toilet is disgorging banana and the TV is showing an endless loop of John Hegarty’s Egyptian Pharaoh avatar saying ‘just write better ads’ over and over. Distant screams from the backstreets. I creep to the light switch and turn it off as something large and angry passes my door with a low guttural growl. I peer through the peephole and see the muscled back legs of a Lion quietly and purposefully hunting. Above its backside is a glowing super that reads ‘Poster. Silver. ‘The broken Child within us all’ Client. Pot Noodle. 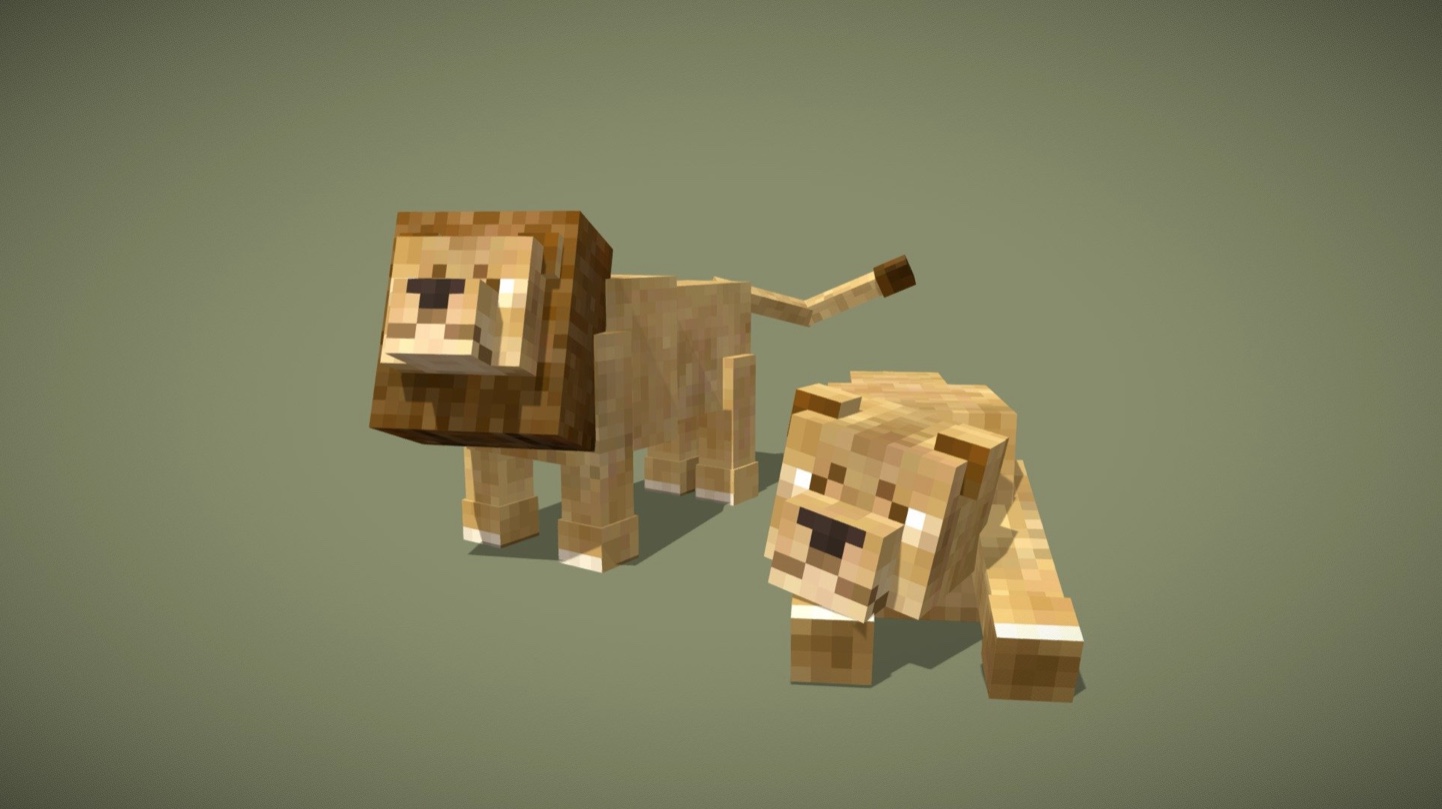 06:15. I’ve fashioned a makeshift weapon from strips of sheet wrapped around the handle of a mini hotel Nespresso machine. The fire exit is at the end of the hall. I can make it. I have to make it.

07.05. By pressing the ‘B’ button down on my controller I can slowly open the door. A burning banner that reads ‘Brands+Corbis=Results!’ slowly falls to the pavement to reveal a Lion awarded to ‘The detergent peace project’ chewing on something that looks like an angel’s head. As I move to cover behind some bins, I see the Chupa Chup team desperately fighting off a huge pack of about thirty lions from inside one of those coin-operated super toilets. The thin digital roof collapses under the feline weight and then ..the screaming starts.

07.46. I’ve somehow managed to make it to the Martinez. I scramble up a side wall only to find myself unable to make it over. I look back to see a Silver Lion with my foot in its vast maw. It has black eyes. A doll’s eyes. I throw the Nespresso machine at its head but it harmlessly passes through its glowing super. (‘Activation. Gold. ‘The Monkey Pox Glasses’. Client. Curly Wurly.’) I give one last pull and my Getty Image black brogue slips off and into its cavernous mouth. I swing myself up to the top of the wall to see the Lion making one last desperate leap before slinking off towards the Gutter Bar.

07.48. The Martinez is empty. Quiet. Just the sound of my single Getty Image shoe crunching on broken glass mixed with those shitty, grey, chicken sausages you get for breakfast. There’s a body in the pool. I think it’s Droga, but maybe not. I only saw the top of his head anyway.

08.07. The Croisette is empty, but that’s presumably because most people have taken off their VR headsets. I look back towards the Palais Du Festival. In the sky above it, partially obscured by a haze of acrid smoke is a vast red plug icon next to the flashing words ‘We have lost all connection.’

I take off the helmet.

Andy Flemming is a freelance Creative Lead at 72&Sunny, Sydney.*

(*The comments and views in this satirical article are entirely mine and not theirs, obvs.)