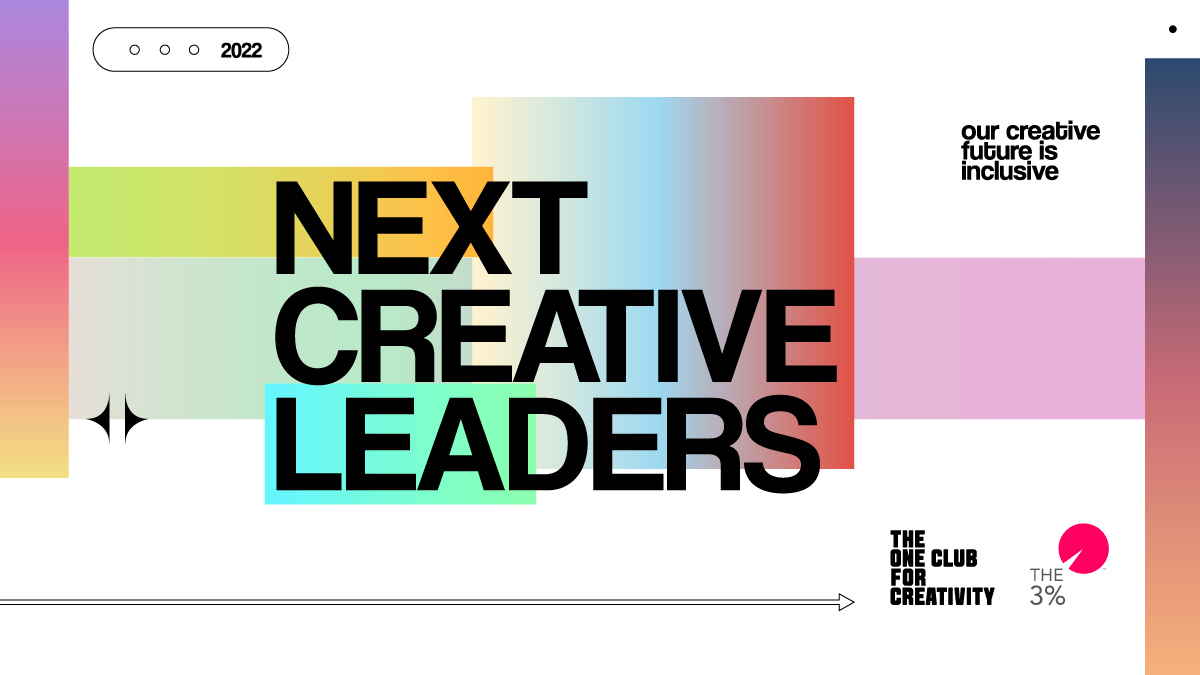 The One Club for Creativity and The 3% Movement have opened the call for entries for Next Creative Leaders 2022, a free competition recognizing women and non-binary creatives on the rise.

Now in its eighth year, Next Creative Leaders is a free portfolio competition that identifies, celebrates, and gives a global platform to talented women and non-binary creatives who are making their mark on the world with both their work and a unique point of view on creative leadership that’s changing the industry for the better.

Eligible participants are those who are stepping into leadership roles, including copywriters, art directors, designers, ACDs, newly-promoted creative and design directors with less than one year in the role, and creative teams who are doing game-changing work.

Along with naming 10 global winners based upon the highest scores, the competition also recognizes regional winners in Asia Pacific, Europe, Latin America, Middle East/Africa, and North America.  A list of all previous NCL winners can be viewed here.

Entries highlighting a candidate’s creativity, leadership, and unique point of view must be submitted by the August 26, 2022 deadline. To make Next Creative Leaders as open and accessible as possible, there is no fee to enter.

Entrants are judged on four-to-six pieces of creative work and information about how they — and their work — are pushing the industry forward and making a positive contribution in terms of diversity, mentoring, and advocacy.

Each NCL winner receives a one-year complimentary individual membership with The One Club, with opportunities to participate in future One Club awards juries, and complimentary tickets to a One Club professional development conference ($1,000+ value), panels, and mentorship events.

Says Kevin Swanepoel, CEO, The One Club: “The One Club created its own inclusion and diversity department nearly 15 years ago, and has steadily increased programming around gender equity in the workplace. Next Creative Leaders is an important part of our programming because it identifies, elevates and gives voice to those who are making a real difference by opening the door and inspiring the next generation of creatives who follow in their footsteps.”

Branding for Next Creative Leaders 2022 was designed by the team of NCL 2021 winners Cara Mia Cecchini and Mia Rafowitz.