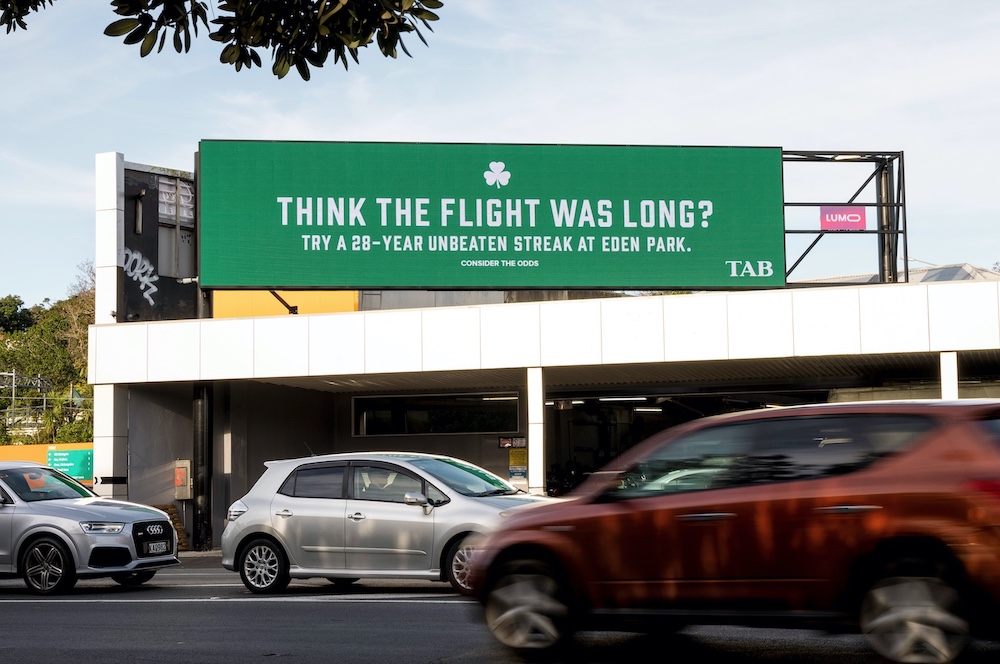 Greeting the Ireland rugby team in Auckland this week is a series of cheeky reminders from TAB New Zealand and Chemistry, on how tough the games against New Zealand will be.

The unmissable campaign features ‘helpful’ facts and figures to make sure Aotearoa’s visitors – including the four New Zealand-born players in the Irish team – don’t forget the challenge that awaits them on the field.

Says Patrick Murphy, creative director at Chemistry: “Using some seriously insightful facts and figures, we’ve pulled together a campaign that will build momentum around these matches for TAB NZ customers and subtly remind them of the odds stacked against the Irish.

“From reminding fans that it’s been 28 long years since the All Blacks were knocked over at Eden Park, to the lack of tries scored by Craig Casey, we’re excited to see this one go live for TAB New Zealand and to be a part of such a major sporting event.” 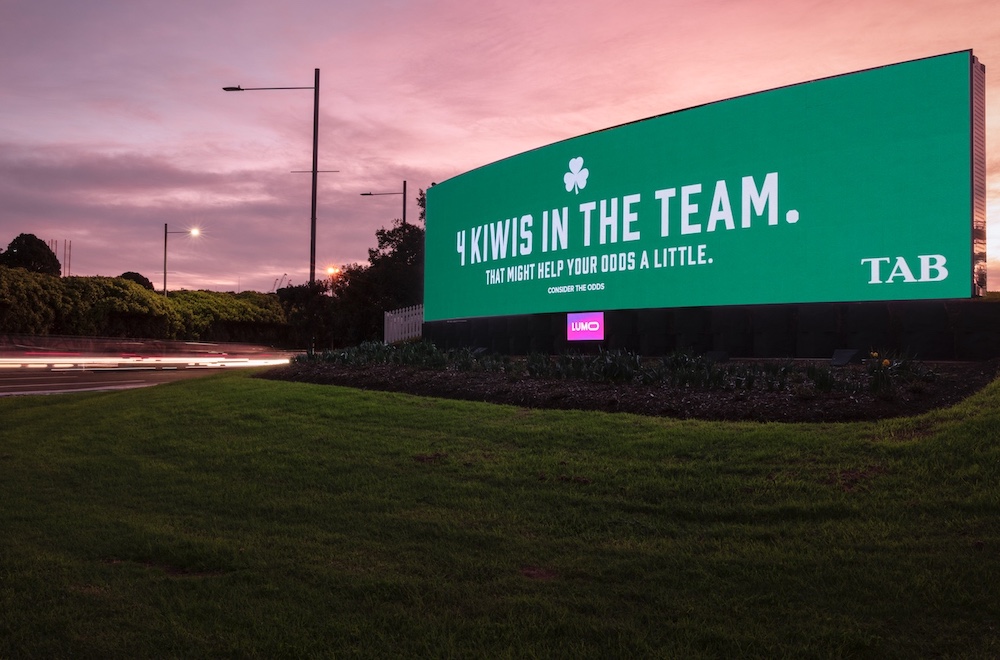 The campaign has already sparked some great conversations in the media and a few laughs from Irish Coach, Andy Farrell, and will run across all of the test host cities with digital, radio and print to support.

Says Chris Perry, brand and campaign manager, TAB NZ: TAB NZ is proud of the All Blacks’ success at home and “ it is a very tough challenge for any team that visits our shores.

“We’re simply asking our Irish visitors to consider the odds of the tough challenge that lies ahead and we’ve done that through some fun, light-hearted banter which even the Irish coach has seen for the humorous approach that it is.

“Based on Ireland’s strong showing in this year’s Six Nations, this campaign really provides a springboard for us to leverage what should be a competitive test series between two rivals who have had some incredible battles in recent times.

“It should be a thrilling three-test series that will keep fans of both sides on the edge of their seats.” 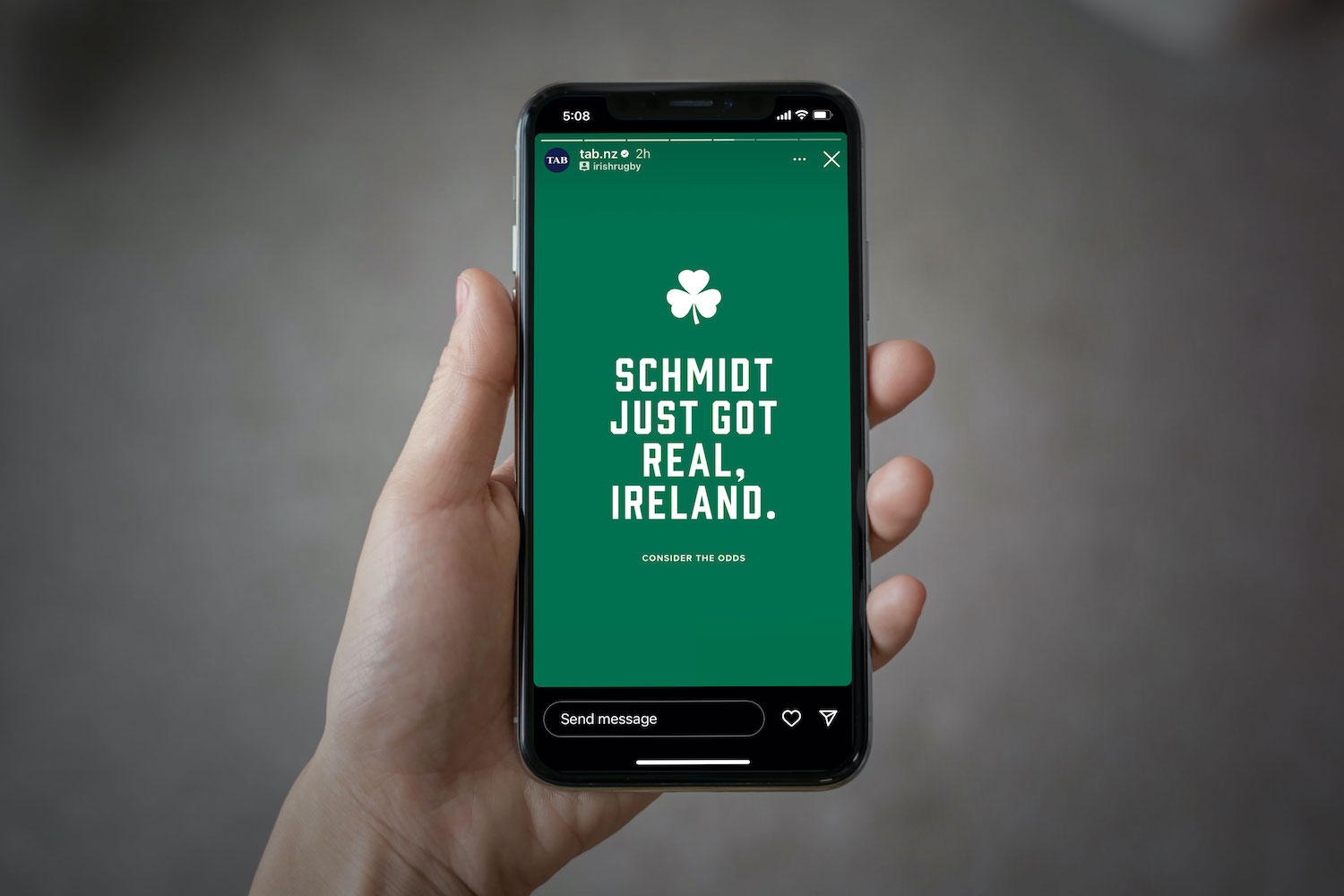 Says Craig Harrison, business director, Chemistry: “The team at TAB really pushed us to come up with some unique ideas that would enable the brand to show up differently and spark conversation.

“Talking up the All Blacks is a bit taboo within Kiwi culture, but we couldn’t pass up the opportunity to be bold, poke some fun and back our chat with stats.”