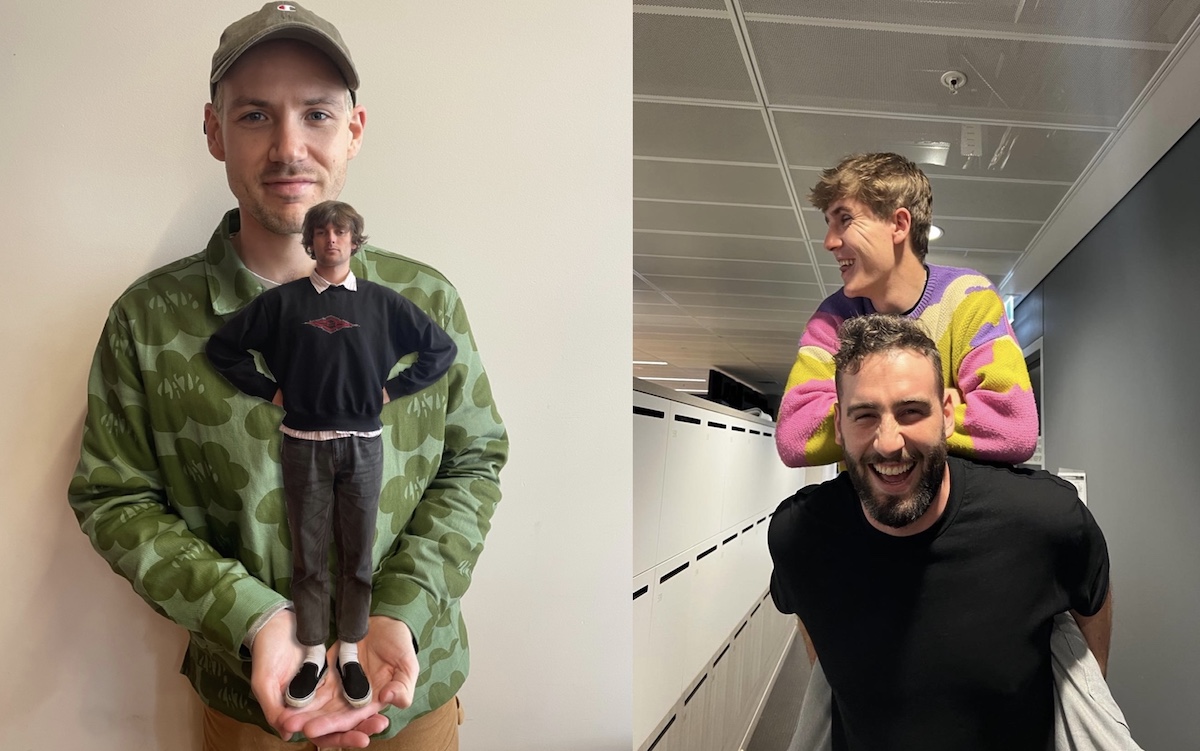 “So, a huge-teary-eyed congratulations from everyone at MDS to both Jack & Zak (pictured here with Zak being proudly held aloft by Jack) whose winning portfolio https://zakjack.com/ promptly scored them a job at The Monkeys Auckland; and Franco Ashton and James Grieg (pictured above with Franco being joyously held aloft by James) whose equally winning portfolio https://jamesfranco.myportfolio.com/work saw them being swiftly picked up by Toby Talbot and flown over to Ogilvy Sydney this year.

“A big shout out to their industry mentors Chrissy Cooper & James Conner from The Monkeys;  Michael Swinburn from Colenso; James Mok from Proximity, and Steve Hansen & JP Twaalfhoven from Clemenger. I know Jack, Zak, James and Franco would all agree that their portfolios wouldn’t have been the same without you.”