One man, a concrete mixer and some nuts are the stars of a stripped back, handmade, suitably minimal and quirky new campaign from Augusto for New Zealand’s much loved peanut butter brand Pic’s.

Pic’s peanut butter, founded by Nelson man Pic Picot, has grown into a pantry staple in a short time since its humble beginnings in 2007 and this, its first integrated marketing campaign, proves that when it comes to making great peanut butter, there’s ‘nutting to it.’

Picot’s foray into peanut butter making was inspired when he discovered a jar he’d purchased was loaded with sugar. Upon calling the jar’s freephone number he was told, “most people prefer it with sugar Sir.” Determined to make a better butter his journey was born as he made a roaster out of a concrete mixer, bought a benchtop grinder, sourced a tonne of peanuts and got to work.

“Made with just peanuts and a pinch of sea salt, roasted, blended, then squished into iconic jars. Job done. There’s no need for the advertising to be complex either.”

Featuring a giant heap of fresh peanuts, a cement mixer, and the man himself, the new work out of Augusto takes a stripped back, handmade approach across everything. The hero film video is captured in a single shot, using the latest in lo-fi, handmade technology. Pic’s iconic branding is then used in a simple graphic style across street posters and lo-fi animations.

The campaign rolls out across digital, social, OOH, and radio. 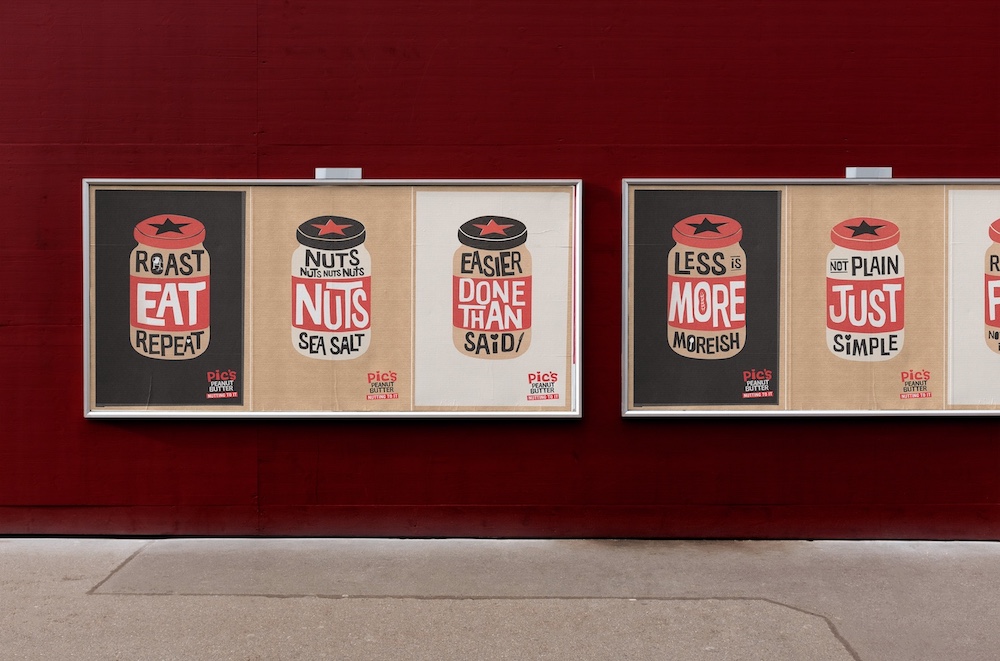