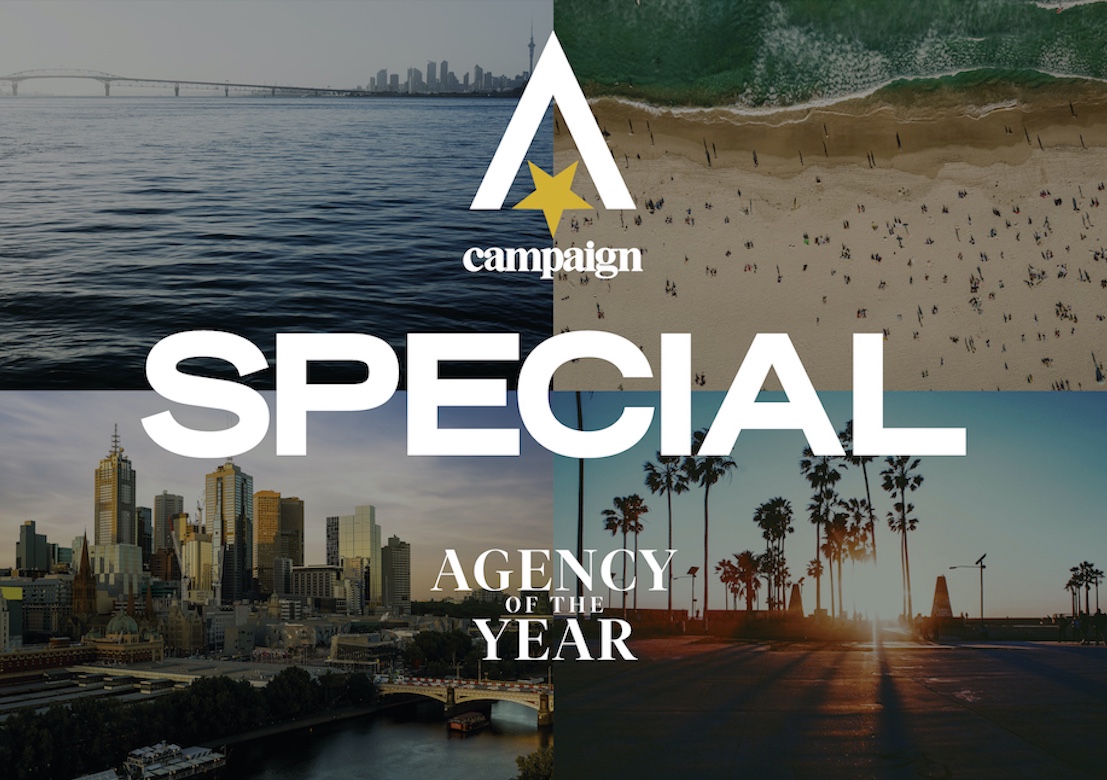 Special Group – which has offices in Sydney, Melbourne, Auckland and Los Angeles – was named Global Agency of the Year following a shortlisting process which consisted of some of the world’s best agencies including adam&eveDDB, BBH Singapore, Mother and The Brooklyn Brothers. Last year the award was won by legendary American advertising agency Wieden+Kennedy.

Special Group, which is both Campaign Brief’s Australian Agency of the year and New Zealand Agency of the Year, was founded 14 years ago in an old cinema in Auckland, and then went on to launch Special Group in Sydney in 2013. Together, Special Group has since opened offices in both Melbourne and Los Angeles. It now employs 160 staff across all four offices and has a remit spanning advertising to design.

This is the first time an Australasian agency has ever won this title, and it comes after a stellar 18 months of grown, awards and initiatives from Special.

The Campaign Agency of the Year Awards are judged by a panel of leading marketing and industry experts. In their summation, Campaign commented: “Special Group had an impressive year in 2020 on a number of fronts, despite the impact of COVID-19. It opened two new offices, one in Melbourne and one in Los Angeles, and won 40 new pieces of business including Uber Eats in North America and Canada.”

Says Tony Bradbourne, founder CEO/CCO, Special Group: “This is everything we set out to do 12 years ago. It’s taken a lot, but we have a lot of talented people in the group across the globe now. I’m just so proud they’ve been recognized as the best creative agency in the world against such impressive competition.”

Says Julian Schreiber CCO/partner, Special Group Australia: “We’re so proud of this result. At heart, all of us together are really just a group of like-minded people trying to make great work. Work only possible because of the incredible collaborators we have both clientside and in production. We feel very lucky to know them.”

Special Group also won the tightly contested ‘Independent Agency of the Year’ title, again beating out Mother amongst other finalists.